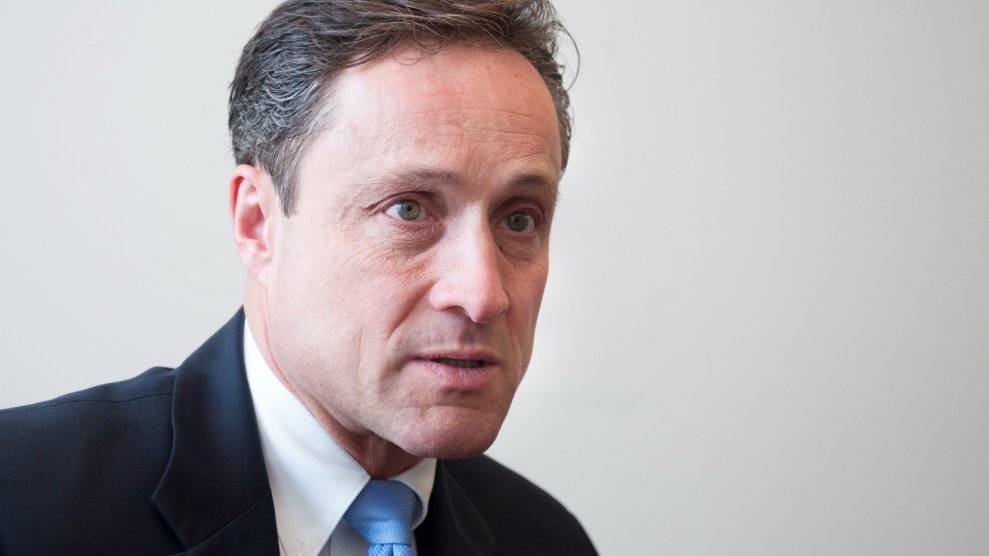 President Donald Trump has turned the Environmental Protection Agency into a department at war with its core mission. His pick to run the agency, Scott Pruitt, relentlessly sued the EPA as Oklahoma’s attorney general, has close ties with polluting companies, and denies climate science. Pruitt’s deputy is a former coal lobbyist. An official overseeing chemical safety was a chemical industry lobbyist; the person nominated to be her boss has been a consultant to chemical companies for many years. The person nominated to enforce anti-pollution laws was an attorney and lobbyist who defended polluters. The new Region 4 administrator was a lobbyist for business interests that fight against pollution regulations. The list goes on and on.

So it was slightly surprising when, earlier this month, the EPA announced that Pete Lopez, a Republican and former member of the New York State Assembly, would be the next administrator of Region 2, which covers New Jersey, New York, Puerto Rico, the U.S. Virgin Islands and eight tribal nations. Unlike nearly all of Trump and Pruitt’s political appointees, Lopez has no personal interests in the success of fossil fuels or chemicals, according to his financial disclosures. He minored in environmental studies in college. He consistently gets around a 70 out of 100 on the New York State Environmental Scorecard, which tracks lawmakers’ voting records. He believes in environmental justice, the concept that minorities are disproportionately affected by pollution. And he led a coalition to implement flood prevention measures after his district was hammered by Hurricane Irene in 2011.

This is not to say that Lopez is an environmentalist. He hasn’t fully accepted that humans are the main drivers of climate change; he gives a tired excuse, “I’m not a scientist.” The Sierra Club notes that he has “a record of being pro-fracking and voted against major climate and electric vehicles bills,” but the group admitted that Pruitt could have chosen someone much worse. “For a Republican, he is sort of moderate, and he is better than most,” Jeff Tittel, director of the New Jersey Sierra Club, said.

“For a Republican, he is sort of moderate, and he is better than most.”

Lopez’s appointment couldn’t have come at a more urgent time. He took office on Oct 1, just two weeks after Hurricane Maria struck Puerto Rico and the Virgin Islands, creating environmental crises—contaminated drinking water, overflowing garbage, untreated sewage flowing into rivers. Cleaning up that colossal mess is his first mission. “I feel really bad that he just started and he’s hit with this immediately,” said Lopez’s predecessor, Judith Enck. “I had three years under my belt before Hurricane Sandy hit. I knew everyone at the agency, and I was trained on emergency response. They haven’t had time to train him.”

Indeed, Lopez’s success or failure will depend on this question: Is there room among EPA’s politicized leadership for someone who truly cares about the environment and public health?

Every hurricane creates environmental emergencies. During Hurricane Harvey, power plants in Texas spewed millions of pounds of air pollutionwhile shutting down; during Hurricane Irma, millions of gallons of sewage ran down streets in Florida. But those catastrophes are nothing compared to what Hurricane Maria did to Puerto Rico and the U.S. Virgin Islands. Nearly a month later, residents in Puerto Rico are drinking, bathing, and washing clothes with water contaminatedwith raw waste. Some are drinking water from toxic, potentially carcinogenic Superfund sites, because they cannot find water elsewhere. As The Atlantic’s Vann R. Newkirk II wrote recently from Puerto Rico, “Tons of manmade debris and millions of pounds of foliage clog streets and waterways, and threaten to produce an acute trash and pollution crisis in the months to come.”

Similar issues exist in the U.S. Virgin Islands, said Enck, who recently returned from two weeks there. And she believes these crises pose a unique challenge not only for Lopez, but the entire agency. “I think this will be the most challenging environmental response after a hurricane that our country has ever seen,” she said.

Enck knows what Lopez is up against. She managed the EPA’s response to Hurricane Sandy in 2012, when 11 billion gallons of sewage spilled into waters, a major Superfund site overflowed into people’s homes, and personal heating oil tanks broke apart and seeped fuel into soil. “Is drinking water meeting health based standards? Are sewage treatment plants functioning? Have there been any releases from Superfund on Brownfield sites? Pete Lopez is going to have to be completely on top of all of that,” Enck said. “Basically he needs to roll up his sleeves and get to problem-solving.”

The main question, however, is whether Lopez will be allowed to do this problem-solving with minimal interference. Since taking office, Pruitt has kept notoriously tight control over his regional offices, requiring everything from press releases to enforcement letters to be approved by EPA headquarters in Washington, D.C., before being sent out. Will Lopez have to run every decision, no matter how urgent, through Pruitt’s staff? If so, that could put more lives at risk and set the cleanup effort further back. (The EPA did not return a request for comment.)

Over the long term, Lopez will face another hurdle: Pruitt simply isn’t passionate about his agency’s mission. That view is shared by four former EPA administrators—both Republican and Democratic—who told E&E News’s Zack Colman this week that they don’t think Trump nor Pruitt “can be convinced to act proactively for environmental reasons.” With Republicans in control of the White House and Congress, and few political consequences for ignoring U.S. territories where residents can’t vote, there’s no pressure for the Trump administration to get serious about the environmental protection, let alone climate change. “[Lopez] needs to be driving a strong resiliency agenda because of climate change, because we know there will be more intense hurricanes in the Caribbean in the future,” Enck said. It’s unlikely Pruitt would approve of such an agenda that accounts for global warming.

But Lopez, as a relatively reasonable man among a gang of climate deniers, is in a unique position of influence. The four former administrators who spoke to E&E said the public no longer trusts the EPA, and that, in Colman’s words, “restoring faith in EPA might take an environmental catastrophe.” There’s an environmental catastrophe in America right, in Puerto Rico and the U.S. Virgin Islands. How Lopez manages it—or rather, whether Pruitt truly empowers Lopez to manage it—could reap benefits well beyond the island. As Enck said, “Peter has an opportunity to restore some integrity in the office.”