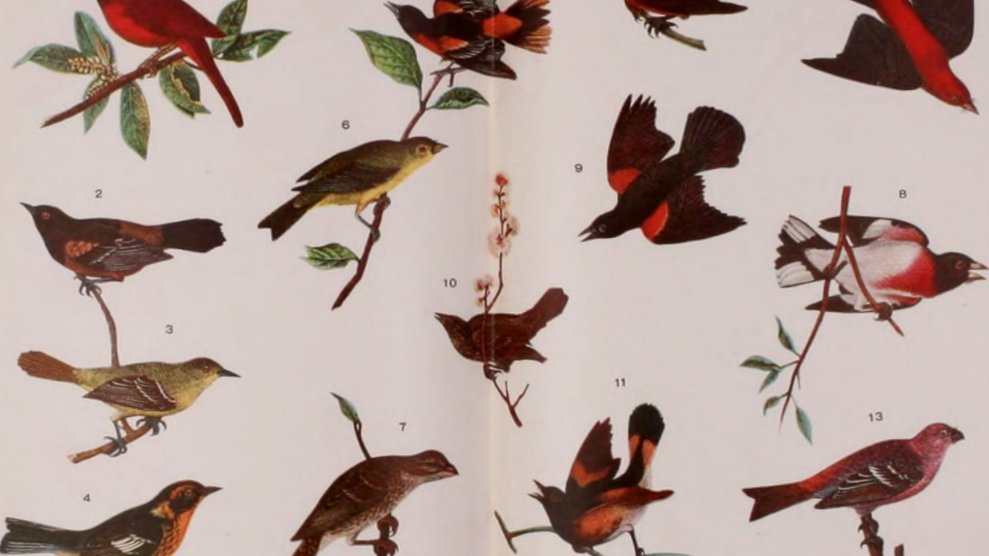 There are thought to be about 10 million distinct species of plants and animals on Earth. That number is incomprehensibly large, not least because most species are still undiscovered. But now the Biodiversity Heritage Library, an open-access repository for some of the most stunning images collected of life on Earth, is helping to make these ecological wonders all the more real: It’s made more than 2 million images of our planet’s biodiversity available online for free. Anyone can explore the expansive collections, study the digitized materials, and even download the images for whatever scientific—or artistic—project you have in mind.

Many of the figures in the library’s collection inspire delight, like this assortment of real-life Harry Potter creatures:

I love this so much! I often think of #HarryPotter when I stumble across images in #BHLib like these: Snowy Owl, spiders, bezoar, and mandrake! Perhaps we should do a Harry Potter collections, @BioDivLibrary pic.twitter.com/7Xg8gaZ41h

Others offer a good chuckle—I mean, who hasn’t felt like this dejected stag?

There are some hidden gems in this 1913 book by Arthur Radclyffe Dugmore on Newfoundland #caribou! #biodiversity https://t.co/QgmZxqFqge pic.twitter.com/yrS5CJjop3

But still others are tinged with existential darkness, like an old black-and-white photo of the American bison, the image of a slain eagle, or renderings of other endangered species. They’re another reminder that many scientists believe we’re in the midst of a great extinction, during which huge numbers of species will die en masse, many of them before even being discovered. And unlike past extinctions, which were caused by random shifts in Earth’s atmosphere, this one’s caused by us.

In her 2014 book, The Sixth Extinction, Elizabeth Kolbert suggests the changes the world is undergoing are the result of the so-called Anthropocene, a new geological epoch defined by human dominance and the danger that comes with it. Depending on how you count it, since at least the Industrial Revolution, humans have been reshaping the globe to disastrous results. As a result, Kolbert writes, “it is estimated that one-third of all reef-building corals, a third of all freshwater mollusks, a third of sharks and rays, a quarter of all mammals, a fifth of all reptiles, and a sixth of all birds are headed toward oblivion.”

As Josh Jones writes in a blog post at Open Culture on the newly released series, appreciating biodiversity is perhaps one of the small ways to stop this spiral:

If we want to understand what is at stake besides our own fragile fossil-fuel based civilizations, we need to connect to life emotionally as well as intellectually. Short of globe-hopping physical immersion in the earth’s biodiversity, we could hardly do better than immersing ourselves in the tradition of naturalist writing, art, and photography that brings the world to us.

The archive provides an easy way to remember that beauty.

It's very easy to become distracted and pore over the treasures in our collections when they're #Unshelved.
These beautiful notebooks were kept by one women over 60 years, recording local mycology. pic.twitter.com/RFEGScbTOP

The depressing decline of biodiversity shouldn’t take away from the thrill of exploring the library’s archive. But it does lend a certain kind of morbid hum to the browsing experience. The collection is certainly chock full of things we’ve lost and things we are currently losing. The only hope is that getting lost in these Flickr files will inspire us to better mitigate the decline we’re seeing in the real world.