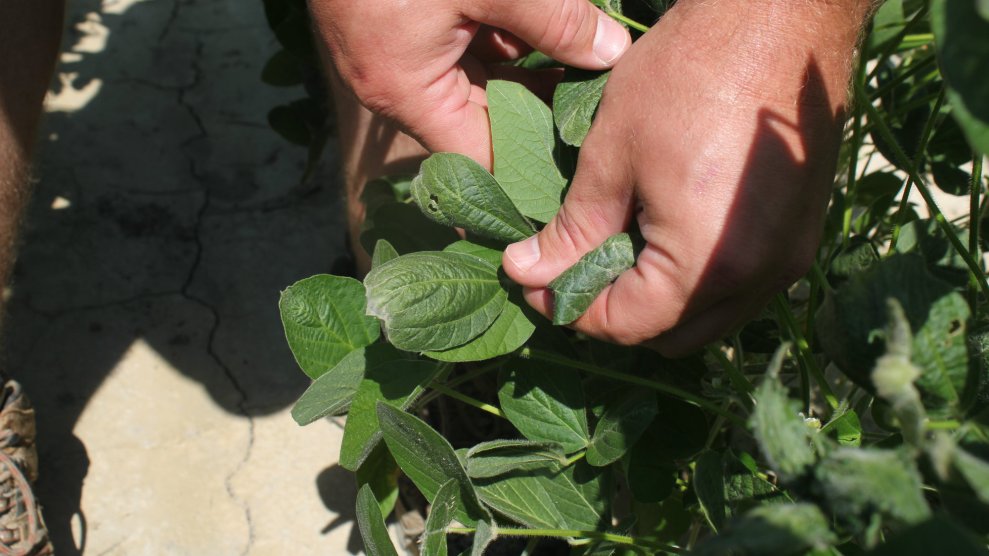 About 4 percent of all soybean crops planted in the United States have been damaged by a weed killer this year, the New York Times has reported. On Wednesday, the Environmental Protection Agency announced that more than 3.6 million acres of soybean crops had been affected by dicamba.

In June, Mother Jones reported that dicamba, much of which is manufactured by Monsanto, “causes the plants’ leaves to cup together, their budding stems to die back, and their beans to curl into twisted, malformed pods.” As a result, many farmers have been forced to buy Monsanto’s seeds that are resistant to dicamba.

Nearly 3,000 complaints came from 25 of 34 states who use the “over-the-top” application. The problem is especially acute in Arkansas and Missouri, where there were 986 and 310 complaints, respectively.

Pesticide manufacturers are confident that they will solve the problem in the next year, but EPA officials are warning that the approval for use of the herbicide could be jeopardy if the steps the company takes don’t significantly reduce the scope of the problem by next growing season. Cynthia Palmer, who is a member of an EPA pesticide advisory committee told the New York Times, “it seems like farmers have no choice but to buy dicamba-resistant seeds from Monsanto.”