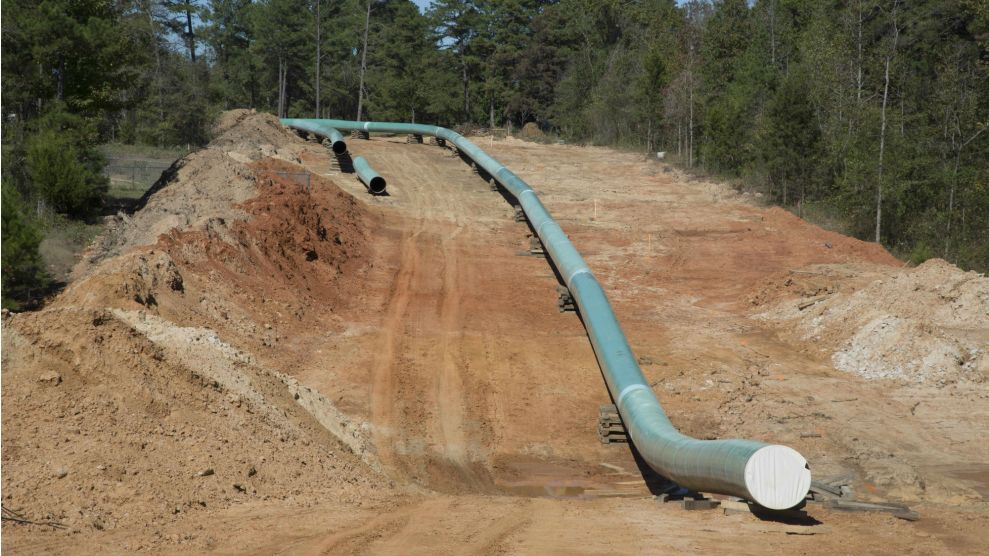 Early Thursday morning, a leak in the TransCanada Keystone pipeline spilled at least 5,000 barrels—or 210,000 gallons—of oil in South Dakota. The pipeline is shut off, and crews have started cleaning up the spill. Oil hasn’t contaminated waterways or drinking water sources, authorities say.

The pipeline is a segment of the 2,687-mile TransCanada system that is set to also include the controversial proposed Keystone XL pipeline, which is promised to be the safest pipeline ever built in North America by the company. The Keystone XL pipeline has been opposed by environmental and Native American groups since it was proposed last year. “It’s not a question if a pipeline will malfunction, but rather a question of when,” Sierra Club’s Michael Brune told Mother Jones in August of 2016.

“Ultimately, the cleanup responsibility lies with TransCanada, and they’ll have to clean it up in compliance with our state regulations,” Brian Walsh, an environmental scientist manager at the South Dakota Department of Environment and Natural Resources told the Associated Press.

“TransCanada (TSX, NYSE: TRP) crews safely shut down its Keystone pipeline at approximately 6 a.m. CST (5 a.m. MST) after a drop in pressure was detected in its operating system resulting from an oil leak that is under investigation,” TransCanada said in a statement shortly after the spill.

“Crews, including TransCanada specialists from emergency management, engineering, environmental management and safety as well as contracted, nationally recognized experts are assessing the situation. TransCanada is providing State and Federal regulators, including the Pipelines and Hazardous Materials Safety Administration (PHMSA) and the National Response Center (NRC), with accurate and confirmed information on an ongoing basis.”