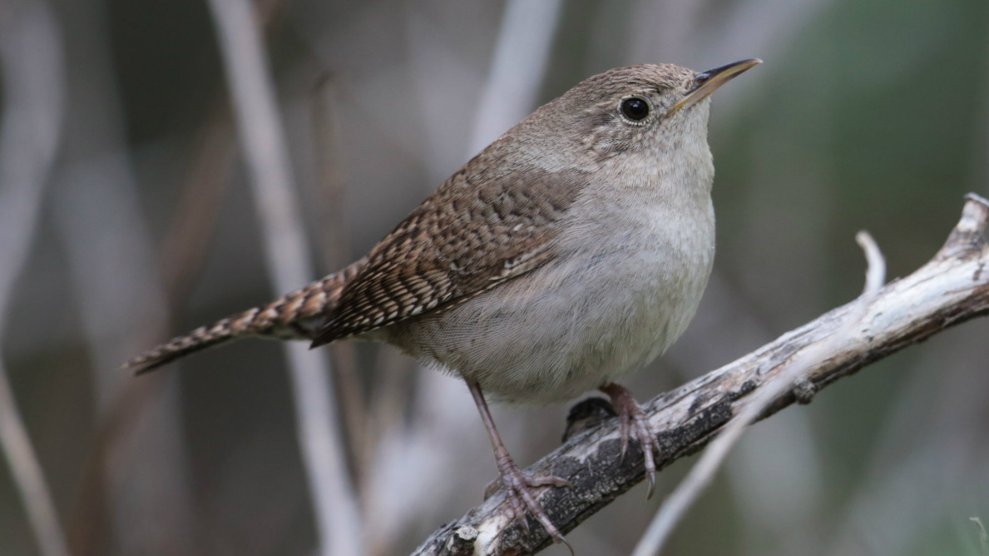 For the humans, breakfast meant waking up an hour before dawn in a tent and grabbing something quick—generally a granola bar that had frozen overnight, recalls Morgan Tingley, an ornithologist at the University of Connecticut. Then he and the other researchers would hike through forests in California’s Sierra Nevadas, listening for the peeps and trills of birds stirring in the crepuscular light. As a graduate student in the mid-2000s, Tingley helped lead the Grinnell Resurvey Project, an effort to repeat the remarkably thorough biological inventories that Joseph Grinnell, the founding director of Berkeley’s Museum of Vertebrate Taxonomy, had orchestrated across California 100 years previously. “You’d write down every single bird you could detect, by sight or mostly by sound,” Tingley recalls.

For the songbirds, breakfast meant leaving a nest or tree hollow at dawn to seek insects, nectar, fruit. The birds’ meals depend on local phenology, the seasonal timing of the cycles of plant and animal life. But as the climate has changed in the Sierra Nevada mountains, that age-old rhythm has slipped. By the time they are ready to nest, migratory songbirds often find that their food sources are available either higher up mountains or further north than in the past. For the most part, the birds follow suit. But a surprising number keep nesting in their old ranges, and until recently, researchers haven’t had a plausible explanation as to why. Now, a new analysis of the Grinnell Resurvey data suggests that many California songbird species are compensating for the effects of climate change, not by altering their range, but by nesting and raising their young much earlier in the year.

Nesting is an especially vulnerable time for birds. “Bird nestlings are featherless, naked, need to be incubated—which is to say, they are basically coldblooded,” says Jacob Socolar, a postdoctoral research fellow at the University of Connecticut. “They are at the mercy of whatever temperatures they are experiencing.” Also essential for baby bird health is a high-protein diet, in the form of beetles, grasshoppers and worms, which harried parents stuff down endlessly gaping beaks. This means that baby birds are temperature sensitive in another way, too: They can’t thrive if it’s too hot for the insects that they eat to survive.
“Bird nestlings are featherless, naked, need to be incubated…They are at the mercy of whatever temperatures they are experiencing.””
For years, researchers have documented songbirds in the West moving in response to climate change. The evidence is especially thorough for northern California and other parts of the West that Grinnell explored a century ago, sometimes accessing field sites by pack train, sometimes by an old, decrepit car that he called “the machine.” Grinnell revolutionized field biology through his meticulous note taking system. “He invented the first standardized bird surveys,” Tingley says. One hundred years later, Tingley and colleagues retraced Grinnell’s and his colleague’s steps, sometimes walking the exact same trails in national parks and other protected areas. This resurvey resulted in groundbreaking findings that documented most of the songbirds that Grinnell and his colleagues encountered shifting to cooler places to nest over the intervening century. But about 37 percent were not shifting.
One explanation may lie in the birds’ timing. Socolar, who works with Tingley, analyzed the nesting behavior of more than 300 birds in California’s Sierra Nevadas and Coast Range Mountains using the Grinnell Resurvey data. He found that, on average, these birds have begun nesting five to twelve days earlier than they did in Grinnell’s time. While most of the birds have shifted their nesting locations as well, close to 40 percent have not. But by nesting about a week early, these homebody birds still get to raise their babies at about the same temperatures as they would have a century ago.

Socolar used data from NestWatch, a citizen science program that records nesting success of wild songbirds across the country, to seek a connection between nest temperature and nestling survival. “It was a massive data set,” he says. “We restricted ourselves, and we had 47,000 nests.” As the researchers predicted, nestlings in cold areas fared poorly in colder years and did much better in warmer years. Nests in warm areas had the opposite fate. To Socolar, this demonstrated that nest temperatures matter for baby bird survival.

Which is not to say that scientists know what is motivating these birds to nest earlier. “Is the main reason finding a good temperature to nest under? Or tracking insect emergence and the temperature story is a happy side effect? We don’t know the answer to that question,” Socolar says. Either way, the birds get both benefits. If some birds can cope with climate change by shifting their nesting time, then this research challenges a fundamental understanding of how species respond to climate change. “One core prediction that is canonical of climate change biology … is that as it warms up, they should shift to where it’s cooler,” he says. But these birds are breeding so much earlier, they may not need to.

Socolar is quick to point out that this research is only one possible explanation for why some birds are not moving their nesting locations in response to climate change. Other possibilities haven’t been ruled out yet, he says—maybe some California birds can tolerate wider temperature ranges than others, for example. As temperatures continue to rise, the future of many of California’s songbirds may depend on that answer.