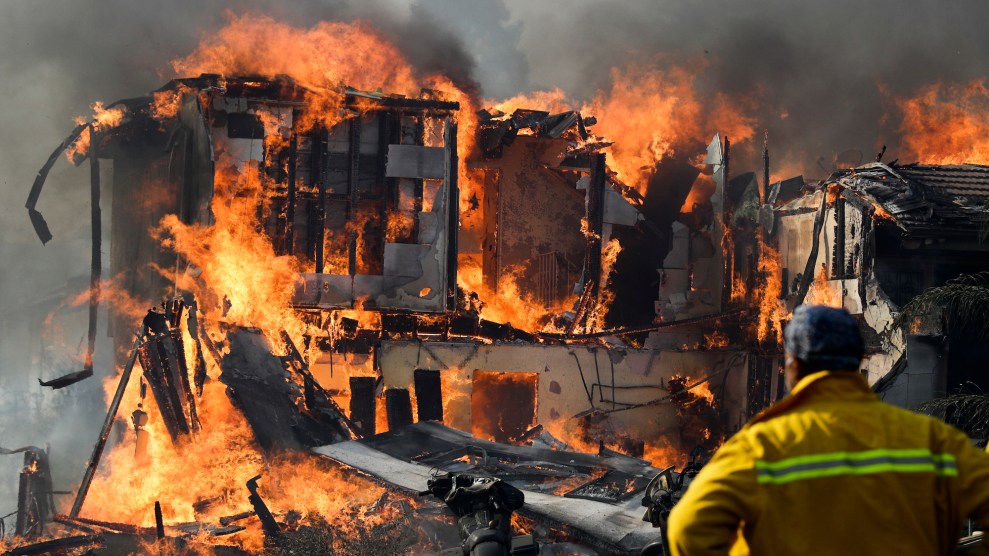 The spate of deadly wildfires that tore through California in the second half of 2017 scorched more than 21,000 homes. As the millions of residents living at the cusp of the state’s forests and mountains renew their insurance policies, many have been disappointed by price increases, or worse: denial of coverage. According to a report out Thursday, the California Department of Insurance (CDI) has seen an uptick in complaints from homeowners and public officials that “homeowners’ insurance coverage in the wildland-urban interface is increasingly difficult to obtain and, if available, is unaffordable for many.”

“In the wake of last year’s wildfires, we may see more areas of the state where insurers decline to write,” California’s Insurance Commissioner stated.

Between 2010 and 2016, the agency found a 249 percent increase in consumer complaints related to renewals, specifically in zip codes designated by Cal Fire as having the greatest wildfire risk. This is coupled with a 217 percent uptick in complaints about rising premiums from clients in the same areas.

“Insurers are increasingly using computer models to assess the risk of fires for individual homes and deciding that homes in some areas face too high a risk,” Insurance Commissioner Dave Jones stated in a press release. “In the wake of last year’s wildfires, we may see more areas of the state where insurers decline to write.”

The San Francisco Chronicle spoke with Oakland hills resident Anil Prasad who was denied parts of his home insurance coverage because the fire hazard was too high.

“It seems like the only thing they’ll cover is someone sneezing on my house,” Prasad said.

The CDI report found that third-party wildfire-risk models are not regulated, nor is there a system in place for consumers to appeal a wildfire-risk model score. Additionally, most insurers do not consider wildfire mitigation conducted by homeowners or the community—which involves managing risks like the amount of easily ignited brush on land—either for underwriting or offering a premium credit. The state department is suggesting new legislation to protect the insured from these issues.

An estimated 3.6 million people live in California’s WUI, and this number has been steadily increasing in recent decades, according to the US Forest Service.  “Californians are facing more severe, more unpredictable, and more frequent wildfires,” Jones said. “Add to the equation, increasing development in areas more vulnerable to fire and you can see why wildfires are now an everyday threat to life and property for Californians.”