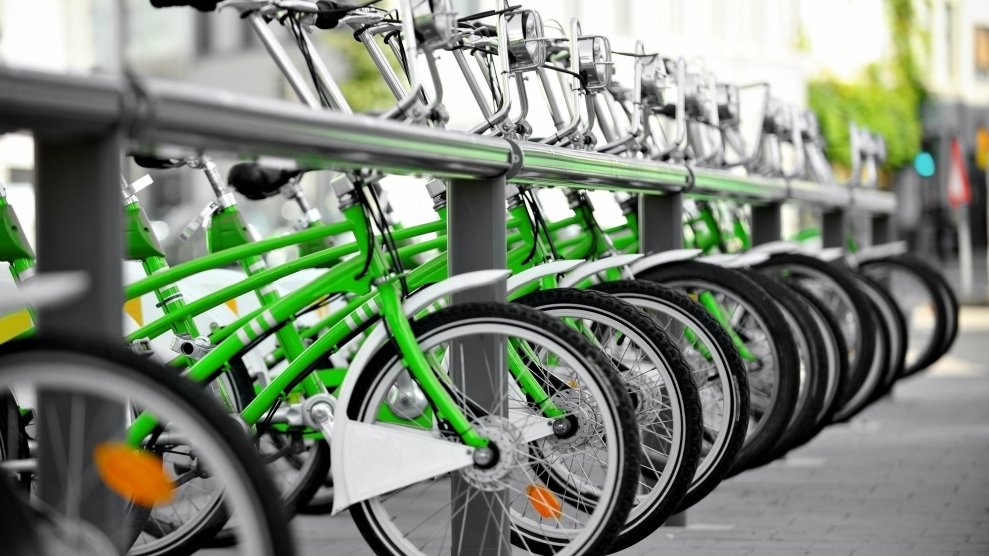 As the debate about President Donald Trump’s long-promised wall along the U.S. Mexico border drags on, plans for an entirely different kind of infrastructure project are also proceeding: The cities of El Paso, Texas, and Ciudad Juárez in the Mexican state of Chihuahua are considering a scheme to build an integrated binational bikeshare system between the two cities.

The initiative, proposed by El Paso’s Metropolitan Planning Organization (MPO) more than a year ago, was presented at the Transportation Research Board in Washington D.C. on January 7. The project has an estimated $1 million budget, most of which would be used to construct bicycle lanes and equipment on the Juárez side, and it could open as soon as autumn 2018.

The system would build on El Paso’s existing bikeshare system, SunCycle, which began in September 2015. The ultimate goal: a binational system with 30 stations and 300 bicycles, all of which will be available to use on either side of the Rio Grande.

A binational border-spanning bikeshare might sound like an unlikely undertaking, given the tone of the current immigration debate, but to Michael Medina, executive director of El Paso’s MPO and head of the project, it’s also eminently practical for this borderland metropolis, where American corporations have established a network of maquiladoras, or factories, on the Mexican side of the river. “A lot of people that travel to El Paso [from Mexico] are dropped off at the border,” he says. “They walk through the bridge, and then they either get the bus on the other side or someone picks them up. So we thought, what if they could get directly to their destination using a bicycle?”

Biking across international borders is relatively rare, but not impossible. There has long been talk about a bike path running between Tijuana and San Diego, the busiest border crossing in the U.S., as CityLab noted in 2016. El Paso’s bikeshare plan is more ambitious, however, since it would require not only new lanes and infrastructure but additional cooperation with immigration agencies.

Today, El Paso and U.S. Customs and Border Protection (CBP) officers have an agreement: The city reimburses the costs of deploying extra immigration officers during high peak crossing times. Medina hopes to expand that agreement to cover the bikeshare users and have a separate booth for bikers located at the Paso del Norte border crossing, one of several international bridges in El Paso. That booth would be staffed with a specially designated immigration officer, so cyclists wouldn’t even have to get off their bikes to go through immigration. (Today, cyclists who travel between Ciudad Juárez and El Paso must dismount and walk their bikes over the border.)

“The next step is to work with CBP to determine the costs that this could have, and to agree on cooperation between the city of El Paso and the immigration authorities to see the times in which this booth could be operating,” says Medina. Ultimately, the system would cover all ports of entry to the United States along the Ciudad Juárez–El Paso border.

Many other details remain to be worked out. Right now, SunCycle allow members free use of bikes for up to 30 minutes—not enough for someone who wants cross the border, clear immigration and customs, and reach their destination. “We want to make sure that whoever uses the bikes to move from one country to another will not be penalized,” says Medina. One option would be to create “Border Jumpers”—special bicycles located at docking stations in both cities that would allow users to hop from one country to another for a longer period of time.

One thing’s clear, however: There’s a huge potential market for this service. About 18,000 pedestrians cross into El Paso every day, and that figure has been growing in recent years, as the economic links between the two citiesgrow. Ciudad Juárez is the most populated city along the border between Mexico and the United States, with more than 1.4 million people; collectively, the metropolitan area of both cities totals 2.8 million, second only to Tijuana-San Diego. “The benefit of all this is that we are trying to improve the quality of life of the people who live in El Paso and Juárez,” says Medina. “We want people to move from the car and switch to the bike to cross the border.”