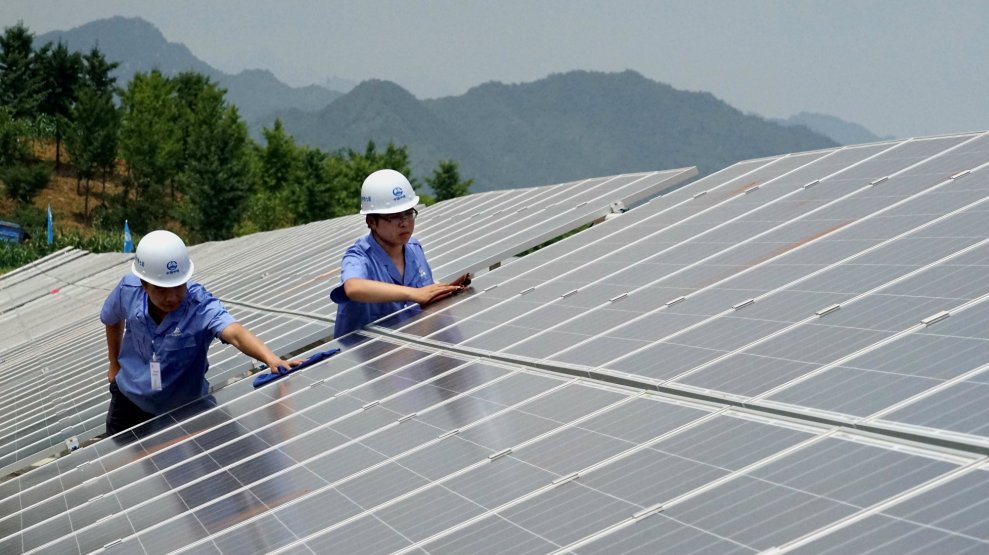 The number of people employed in the renewable energy sector worldwide reached a record 10.3 million last year, according to a new report from the International Renewable Energy Agency, an organization that supports countries transitioning to sustainable energy. The addition of half a million new renewable energy jobs was a 5.3 percent increase from 2016.

As in previous years, China, Brazil, the United States, India, Japan, and Germany took the lead in renewable energy employment. But the new figures reveal a continued shift toward Asian countries, particularly China, which alone accounted for 43 percent of all renewable energy jobs in 2017.

While the total number of US solar jobs dropped by about 10,000 last year to 250,000, the first decline in seven years, China soared ahead. China accounted for twice as many solar jobs as every other country combined. The gap between the US and China is likely only to expand due to tariffs on imported solar cells and panels that the Trump administration imposed in January. The Solar Energy Industries Association estimates the tariffs will result in the loss of 23,000 more solar jobs in the US in 2018. The report notes that “previous trade duties imposed on Chinese solar products in 2012 and 2014 failed to raise US solar manufacturing.”

“Renewable energy has become a pillar of low-carbon economic growth for governments all over the world, a fact reflected by the growing number of jobs created in the sector,” Adnan Amin, Director General of the IRENA, said in a press release. The organization estimates the renewable energy sector could reach 28 million jobs by 2050. But, he added, the economic, social and environmental benefits of renewable energy are most evident “in countries where attractive policies exist.”