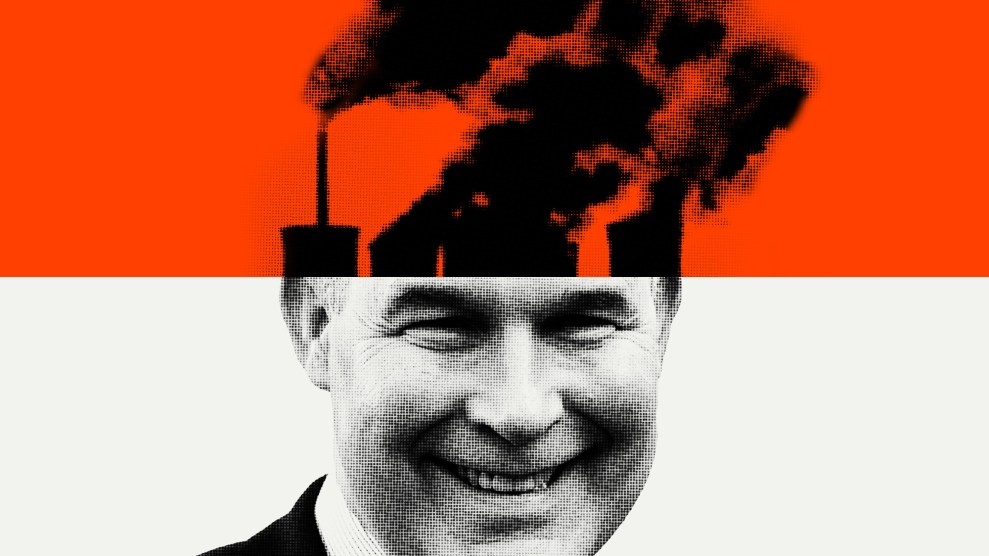 Nearly a quarter of the nation’s coal-fired power plants in 2017 lacked pollution controls limiting emissions of lung-damaging sulfur dioxide, even though some of their counterparts have been using the controls for almost 40 years.

Federal data show this disparity. It leaves communities like Labadie, Missouri, exposed to stubbornly high levels of the pollutant, even as emissions nationwide have plummeted. Some power-plant operators have exploited a 1977 congressional loophole to avoid installing the controls, environmentalists say.  Now, as the public focuses on multiple investigations into US Environmental Protection Agency Administrator Scott Pruitt’s spending habits and personnel choices, Pruitt is moving swiftly to grant one of industry’s major policy wishes: He’s making it easier for plant operators to sidestep equipment upgrades in the future.

“Broad industry trends provide no consolation to families living next to a plant without [controls],” said John Walke, a former EPA attorney and director of the Natural Resources Defense Council’s Clean Air Project. “If EPA is taking steps to make that situation worse…then that’s reckless and counter to the mission of the agency.”

Under an EPA program known as New Source Review, companies that want to physically alter industrial sites or adjust operations must get permits to ensure the changes won’t worsen air pollution.  They also must use up-to-date pollution controls.

Environmental advocates say the 1977 loophole—which allowed facilities built before 1978 to run without new controls until they retired or did construction that triggered New Source Review—has been misused, letting dirtier plants operate longer at the expense of public health.

Last year, 145 coal plants without control technology collectively put out nearly 580,000 tons of sulfur dioxide—known as SO2—according to EPA data that has gone largely unnoticed amid the Pruitt scandals.  Of these, 107 were built prior to 1978, meaning they could have taken advantage of the loophole.

The EPA did not respond to requests for comment. An industry lawyer said the agency has been overzealous in the past, requiring more projects to get permits under New Source Review than Congress intended when it created the program in 1977.

Last year, only 17 percent of the power generated by burning coal in the United States came from plants without advanced sulfur-dioxide controls, known as scrubbers, a Center for Public Integrity analysis shows. But those plants—or units, which comprise overall generating facilities—accounted for close to 44 percent of the SO2 emissions from that industry sector. On average, plants without scrubbers discharged more than twice the amount of SO2 as their cleaner counterparts.

There are federal standards for sulfur dioxide, dating to 1971. “Strictly speaking, the standards are never enough” to protect everyone, said Edward Avol, a University of Southern California professor of clinical preventive medicine who helped review SO2 literature as a member of an EPA Clean Air Scientific Advisory Committee expert panel. Even small amounts of SO2 can set off asthma attacks or otherwise harm the lungs, Avol said, and scrubbers help limit these risks.

Running a coal plant without scrubbers isn’t necessarily illegal; some operators have never made the sorts of alterations that would have triggered New Source Review. But the EPA has found that hundreds of old plants made changes that should have forced them to get permits under the program.  The permits likely would have required the plants to install scrubbers, which can cost hundreds of millions of dollars.

“It makes us worry that every breath we breathe could be exposing us to diseases because of someone else’s decision.”

Patricia Schuba, president of the board for the Labadie Environmental Organization, said she learned almost a decade ago that the Ameren facility didn’t have scrubbers. She’s abandoned hiking and other outdoor activities. She feels betrayed by the company, regulators and elected officials.

“You start questioning things that you’ve experienced,” said Schuba, a former clinical dietician. “It makes us worry that every breath we breathe could be exposing us to diseases because of someone else’s decision.”

The St. Louis metropolitan area is notorious for its high prevalence of asthma. St. Louis County has “significantly higher rates of hospitalizations” for the disease compared to the rest of Missouri, the county’s Department of Public Health reported last year. The highest rates occurred among children, who are particularly susceptible to sulfur dioxide. According to the US Centers for Disease Control and Prevention, long-term studies show that children exposed to SO2 “may develop more breathing problems as they get older, may make more emergency room visits for treatment of wheezing fits, and may get more respiratory illnesses than is typical for children”—though other pollutants can contribute to these conditions.

A spokesman for Ameren Services, parent of Ameren Missouri, wrote in an email to the Center that the Labadie plant’s SO2 emissions are 77 percent below the limit set by the state. The company has set up a monitoring network to track these emissions, he wrote.

Another Ameren plant is entangled in litigation with the government. A federal judge ruled in 2017 that the company should have obtained permits under New Source Review for changes it made to its Rush Island generating station in Festus, Missouri, about 40 miles south of St. Louis. In his ruling, U.S. District Judge Rodney W. Sippel called the facility’s two units—which, he said, emit about 18,000 tons of sulfur dioxide per year—”big sources of pollution.” That’s slightly more than half of what Labadie released in 2017. If Ameren used scrubbers at Rush Island, Sippel wrote, “SO2  emissions would be reduced to several hundred tons per year.”

Amerin plans to appeal the decision, the company’s spokesman wrote.

“There are other ways to protect public health.”

Jeffrey Holmstead, former EPA assistant administrator for Air and Radiation under George W. Bush, acknowledged that some companies strive to avoid the onus of New Source Review. But the program wasn’t meant for existing plants, he said. Other Clean Air Act programs are in place to control emissions of pollutants like sulfur dioxide from these facilities, Holmstead said. And scrubbers aren’t the only way to reduce SO2; a power plant, for example, could switch to coal with lower sulfur content.

“What we care about is protecting public health,” said Holmstead, a partner at Bracewell LLP. “And there are other ways to protect public health.”

The gap in pollution-control technology among coal plants extends beyond scrubbers and SO2. Many plants also don’t have advanced controls limiting emissions of nitrogen oxides (NOx), which can exacerbate asthma and increase vulnerability to other respiratory diseases. Thirty-five percent of the nation’s 657 active coal plants last year lacked these controls, according to EPA data.

Pruitt is making it easier for coal plants and other industrial facilities to avoid New Source Review altogether.  Since he became EPA administrator, he has issued several “guidance documents” addressing the topic. One, in December 2017, instructs state and federal regulators not to second-guess companies’ pollution estimates, which determine whether they must apply for permits. Another, in March of this year, offers a new interpretation of a formula that could result in lower pollution estimates—and fewer permits.

The guidance isn’t binding. But Pruitt signaled last month that the EPA plans to start a rulemaking that would revamp parts of New Source Review. In an October 2017 document, the agency regurgitated industry arguments for such an overhaul—namely, that the program is burdensome and delays changes to facilities that would benefit the environment.

Congress “never intended for these [coal] plants to operate forever. This was supposed to be a temporary transition ending at the end of their useful life.”

Complaints about New Source Review aren’t new. Under George W. Bush, the EPA tried to do some of the same things Pruitt is attempting—with some of the same staff. William Wehrum, a lawyer who heads the Office of Air and Radiation under Pruitt, helped lead these efforts under Bush.

Businesses have been largely supportive. Companies from BP America to Koch Industries requested some of these changes in written comments filed with the EPA last year. The National Environmental Development Association’s Clean Air Project, a coalition that includes Koch, cited New Source Review among “regulations that impose mammoth costs on U.S. manufacturers with little or no environmental benefit.” Ameren Services said the program’s “mechanisms are highly inefficient and the case-by-case application of obtuse and ill-written terms through guidance documents causes uncertainty, delay, and frustration for construction of new facilities or technology improvements at existing facilities.”

Richard Revesz, dean emeritus at New York University’s School of Law, said Pruitt has given industry an extraordinary gift. The 1977 loophole was meant to give businesses time to add expensive pollution controls or shut down, Revesz said, not to exempt them indefinitely. The Government Accountability Office said essentially the same thing in a 2012 report.

Congress “never intended for these [coal] plants to operate forever. This was supposed to be a temporary transition ending at the end of their useful life,” said Revesz, co-author of Struggling for Air: Power Plants and the “War on Coal.” Instead, “We’ve created a monster.”