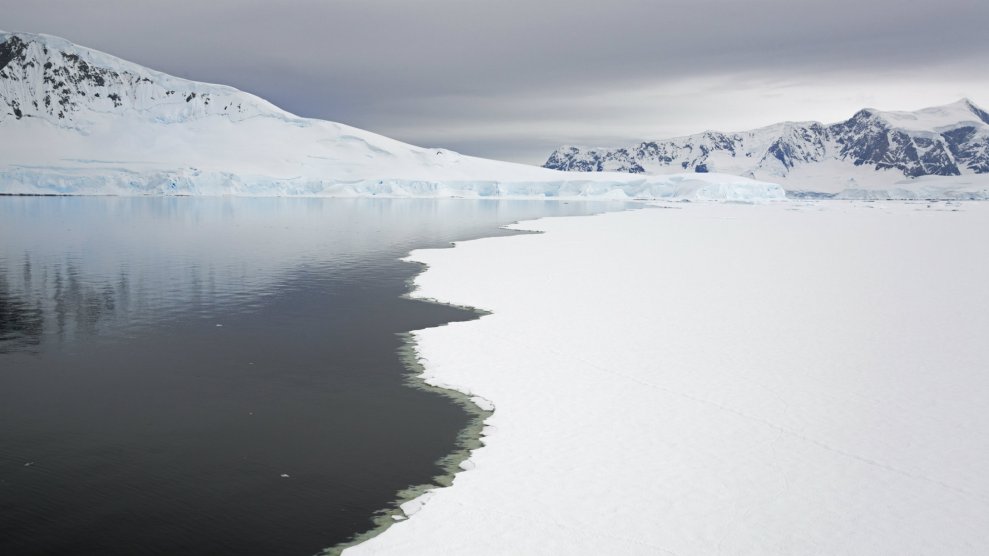 Antarctica’s sheets of ice are melting at a rate faster than ever before and raising global sea levels by “almost a centimeter,” an international group of scientists concluded Thursday in a study published in the journal Nature. If the icy continent continues to thaw at an accelerating rate, they noted, seas could rise by close to 200 feet bringing potentially catastrophic coastal flooding to communities all over the world.

The study extensively used satellite imagery from 1992 to 2017 to examine the changing volume of ice in the region. It is one of the first to comprehensively measure the effect of global warming on Antarctica.

Andrew Shepherd, the lead author of the study and professor of earth observation at the University of Leeds told Reuters: that “the sharp increase” came as “a big surprise” to scientists.

The New York Times reported that while the melting of Antarctica is relatively gradual, the implications of the study are serious:

Between 60 and 90 percent of the world’s fresh water is frozen in the ice sheets of Antarctica, a continent roughly the size of the United States and Mexico combined. If all that ice melted, it would be enough to raise the world’s sea levels by roughly 200 feet.

Shepherd explained to Reuters that even much smaller rises would create much more damaging high tides during storms. Mother Jones reported in 2017 that in the United States alone:

[A]lmost 670 coastal communities will face problems of chronic inundation by the end of century.  That means that by 2100, tidal flooding over 10 percent or more of useable land would occur, on average, twice a month, involving 60 percent of communities on the East and Gulf Coast and a smaller number on the West Coast. By 2100, if the worst predictions come true, President Donald Trump’s favorite estate and beach resort, Mar-a-Lago, will be completely submerged.

Global warming from human emissions of heat-trapping gases, including carbon dioxide and nitrous oxide, is one of the major causes of the melting ice. Last year, global CO2 emissions rose by 1.4%; the rate at which CO2 is filling the atmosphere year-to-year is accelerating.

“Around Brooklyn you get flooding once a year or so,” Shepherd told the New York Times, “but if you raise sea level by 15 centimeters then that’s going to happen 20 times a year.”