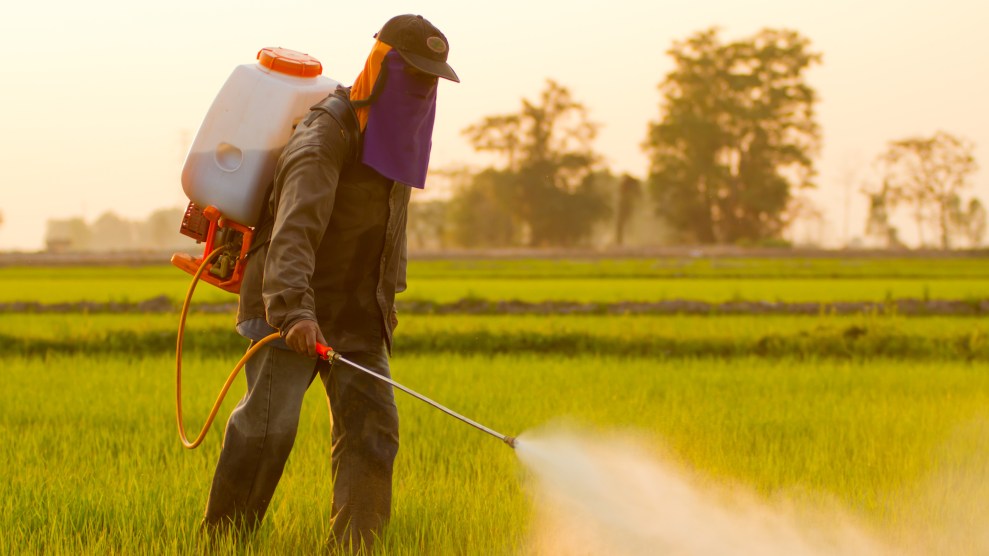 In the early months of the Trump Administration, the Environmental Protection Agency reversed an Obama-era proposal to ban the widely used insecticide chlorpyrifos, which has been linked by ample research to inhibited brain development in children.

“Hawaii’s efforts have set a precedent, and we hope this will pave the way for other states that are looking to enact similar legislation.”

On Wednesday, the state of Hawaii pushed back. Gov. David Ige signed Senate Bill 3095 bill into law, banning chlorpyrifos, which is produced by chemical giant DowDuPont, starting on January 1, 2023. Until then, anyone wanting to apply the chemical will have to obtain a temporary permit from the state’s agriculture department.

The bill also places new bans the spraying of “restricted use” pesticides within 100 feet of schools during school hours. Restricted use pesticides are those chemicals deemed by the EPA to be so toxic that can only be used by trained applicators on particular crops. Chlorpyrifos is on the list.

The new law was pushed by a coalition of Hawaiian environmental groups. It marks the latest battle in their long conflict with the seed/agrichemical industry, which tests novel crops and pesticides on several of the state’s islands, most prominently Kauai. Back in 2013, the county of Kauai passed an ordinance requiring the industry to maintain buffer zones between between fields where pesticides are applied and neighboring properties, as well as regularly disclose what they’re spraying and where they’re spraying it. Syngenta and other seed companies sued to nix the law, arguing it preempted much looser state restrictions, and ultimately won.

Leslee Matthews, Honolulu-based policy fellow with Pesticide Action Network, which helped organize support for the chlorpyrifos bill, said the push to ban the chemical will now turn to the mainland. “Hawaii’s efforts have set a precedent, and we hope this will pave the way for other states that are looking to enact similar legislation,” she said in a statement.