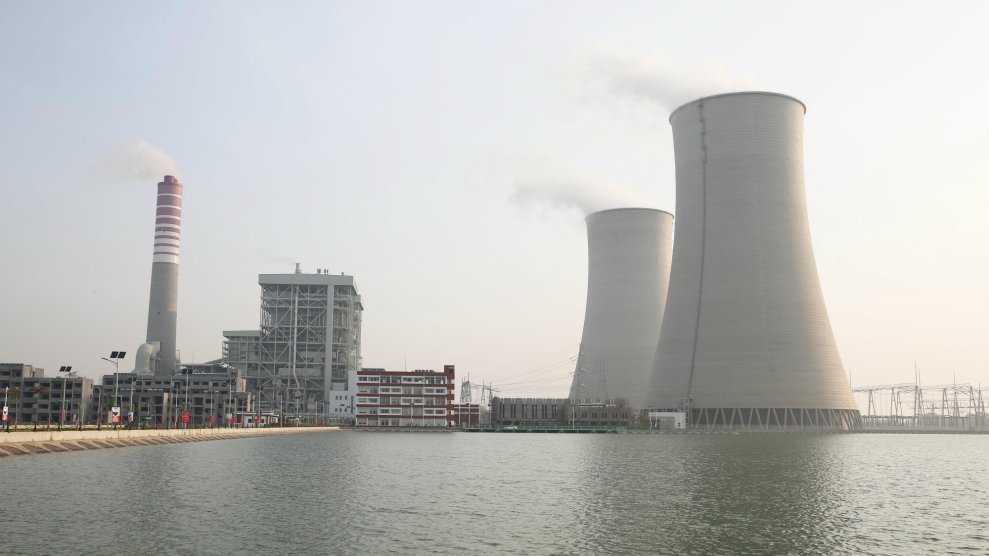 Fossil fuel producers, airlines and electrical utilities outspent environmental groups and the renewable energy industry 10 to 1 on lobbying related to climate change legislation between 2000 and 2016, according to a new analysis released Wednesday.

The research, which will be published Thursday in the journal Climate Change, suggests that, at a time when the majority of Americans understand global warming and support government action to deal with it, industry lobbying still has far greater influence in Washington.

“Public opinion is pretty much a minor factor in deciding what Congress is going to do,” said Robert Brulle, the study’s author and a sociologist at Drexel University.

Money spent on lobbying, he said, is likely a much bigger determinant of whether federal legislation gets off the ground.

“We seem to have a public opinion fetish where if we get public opinion to be supportive of climate change legislation, then it’ll happen,” Brulle said. “My answer to that is, gee, well, we should have gun control legislation then.”

During the period examined by the study, expenditures on federal lobbying aimed at climate issues topped $2 billion, representing on average 3.9 percent of annual federal lobbying dollars. That spending fluctuated by year. In 2009, it surged to more than 9 percent of the total as Congress debated the American Clean Energy and Security Act, which would have established a cap-and-trade market to limit greenhouse gas emissions and allow companies to buy and sell permits to pollute. The bill failed in the Senate in 2010.

To conduct the analysis, Brulle downloaded nearly 2 million publicly available lobbying files collected by the nonpartisan Center for Responsive Politics. Searching for a dozen key terms―including “climate change,” “global warming” and “carbon”―he pinpointed more than 64,100 reports of such lobbying, identified the reports by business sector, and compared those figures to the sectors’ annual overall spending on lobbying.

That $2 billion total represents a conservative estimate of industry spending to sway lawmakers on climate issues. Federal disclosure rules only require reports from people who are paid to lobby on behalf of a client, make more than one contact with government officials working on a bill and spend more than 20 percent of their time on lobbying activities. Many other representatives of major corporate interests lobby the government but keep it under 20 percent of their time. The total also does not cover activities such as mobilizing outside groups, getting op-eds published in media outlets or directing public relations campaigns that may shape legislation.

The climate change denial movement remains powerful if splintered. Oil giants traditionally funded the network of misinformation outlets seeding doubt about the role of fossil fuels in warming the planet. But in recent years, right-wing ideologues, such as the billionaire hedge funders of the Mercer family and the industrialist Koch brothers have become the movement’s chief financiers.

The Sierra Club…blamed “the unlimited money fossil fuel polluters have poured into our political system” for making “the debate on the climate crisis in the United States … radically different than in every other country on earth.”

Exxon Mobil, once the leading architect of the climate denial network, abruptly quit the Koch-backed American Legislative Exchange Council this month after a disagreement over an Environmental Protection Agency policy affirming the science behind climate change. BP and Royal Dutch Shell had already left the conservative policy group.

The American Petroleum Institute, the oil and gas sector’s top lobbying group, noted the study’s finding that the fossil fuel industry spent nearly 18 percent of all climate lobbying dollars during the period examined, but suggested it wasn’t the whole story. In a statement, spokesman Reid Porter said the industry “also invests more in the development and deployment of greenhouse gas reducing technologies.”

The Sierra Club, which made up part of the 2.3 percent sliver of climate lobbying dollars that came from environmental groups, blamed “the unlimited money fossil fuel polluters have poured into our political system” for making “the debate on the climate crisis in the United States … radically different than in every other country on earth.” To try to counter that disparity in lobbying dollars, legislative director Melinda Pierce said the nonprofit mobilizes “more than three million members and supporters.”

Brulle suggested that climate advocates could exploit differences between industry sectors that have historically opposed climate legislation as a way to disrupt their lobbying power. Utilities that generate a larger portion of energy from natural gas or renewable power were more likely to lobby in favor of climate legislation, he said, than their coal-powered competitors.

A 2017 paper from Australian National University researcher Christian Downie laid out a strategy that included building coalitions among renewable energy players, exploiting inter-industry divisions by targeting “politically weak industries that are less able to mount a resistance campaign,” and exploiting intra-industry divisions by “seeking to bring on board outliers that support policies that the rest of an industry opposes.”

But any strategy faces significant challenges.

The Trump administration has little use for efforts to fight climate change. The EPA under then-Administrator Scott Pruitt started the process to repeal the Clean Power Plan, a federal rule that would have incentivized utilities to use more renewable energy and scale back emissions from coal. It also moved to gut a regulation that would have raised the fuel efficiency of vehicles, now the country’s biggest source of greenhouse gas pollution, at the behest of auto manufacturers who publicly claim to support climate action. There’s little reason to believe Andrew Wheeler, the new EPA chief and a former coal and mining lobbyist, will shift gears.

Meanwhile, corporations that profess concern about the environment are not always reliable allies. A study published last year in the peer-reviewed Academy of Management Journal found that several big companies that had announced ambitious sustainability goals later retreated when profits decreased or top executives changed.

Legislation ambitious enough to make a difference at a time when fossil fuel emissions are hitting an all-time high and climate change appears to be happening faster and more intensely than previously thought faces yet another hurdle. The false belief that scientists are not yet certain about humanity’s role in global warming all but dominates the Republican Party and undergirds the Trump administration’s environmental, national security and energy policies. Meanwhile, Democrats have failed to rally around a bold climate plan, instead intermittently producing legislation to set renewable energy goals with no clear roadmap on how to achieve them. Even the most purportedly hawkish Democrats on climate change have proposed conservative policies to deal with it, including a carbon tax that would have lowered the corporate tax rate by 6 percent and a cap-and-dividend bill that would have returned carbon revenues to Americans in the form of a rebate.

An insurgent group of progressive candidates running in the 2018 midterm elections could shift the debate within Democratic policy circles. Some House candidates― including Alexandria Ocasio-Cortez of New York, Randy Bryce of Wisconsin and Kaniela Ing of Hawaii ― are calling for a Green New Deal, a massive government spending plan to build up renewable energy production and create potentially millions of federally backed middle-class jobs. Some left-leaning think tanks are also drafting proposals to nationalize and dismantle publicly traded fossil fuel giants.

But at a time when rising floods, droughts, heat waves, storms and wildfires afflict the country ― causing a record $306 billion in damages last year ― radical action seems far past due.

“We are already much farther down the road than we ever should have allowed,” said Michael Mann, a climate scientist at Pennsylvania State University. “This is the true cost of the climate change denial campaign.”