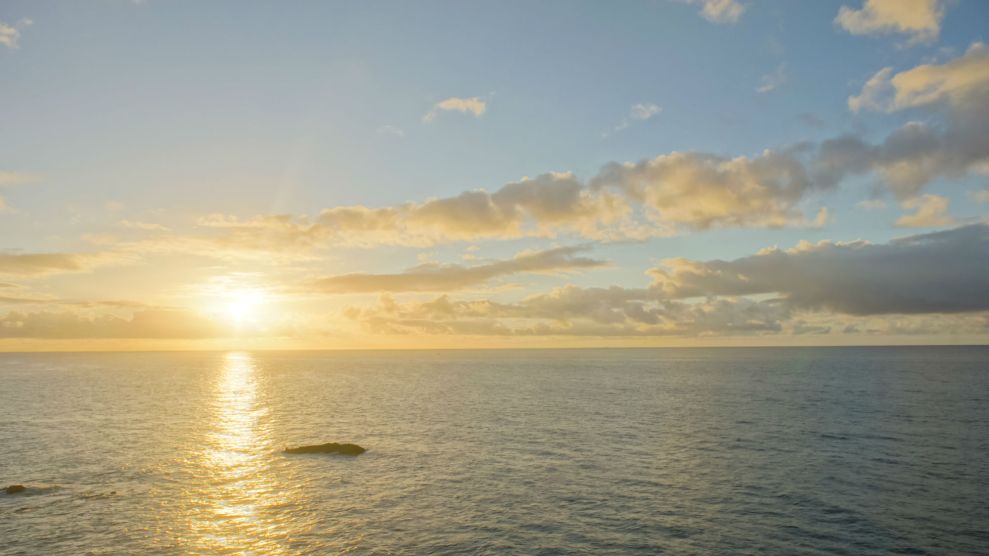 For most people, the term “wilderness” evokes imagery of the terrestrial sort: coniferous forests, sandy deserts, rolling grasslands, icy white tundra. But now, for the first time ever, a group of international researchers has mapped wilderness of the marine variety, specifically, areas in the ocean with little impact from human activity. And—surprise, surprise!—they discovered there isn’t much area left.

In a study published Thursday in the journal Current Biology, the researchers found that only 13 percent of the world’s oceans can be classified as “wilderness,” and the areas are primarily located in the Arctic, Antarctic, and high seas. In all, it’s a total area of about 55 million square kilometers, or about three times the size of Russia. (The story on land is at least slightly better, where about 23 percent, or 30.1 million square kilometers, has been classified as wilderness.)

What’s even worse is that less than 5 percent—or about 2.7 million square kilometers—of marine wilderness is currently protected. That’s just roughly an area the size as Argentina. The immense vulnerability of marine wilderness is largely a result of the fact that most of it falls outside national jurisdictions and in international waters, meaning that no single country can protect it and countries must cooperate to do so. (Land-based wilderness is again faring slightly better, with about 8 percent protected, researchers estimate.)

Like terrestrial wilderness, marine wilderness areas are crucial for the future of plant and animal species. They have “unparalleled biodiversity,” are more resilient to climate change, and offer a home to large predators like sharks, which are threatened by high levels of human activity, according to Kendall Jones of the University of Queensland in Australia and an author on the study.

With the rapid boom in human population growth, industrialization, and climate change, wilderness loss on both land and sea is quickening—and putting an untold number of species at risk of extinction.

“I think a lot of people have a picture in their head of the ocean as this vast place that humans can’t really affect, especially in the high seas where no one really lives,” says Jones. “But as the scale of our impacts industrialize and our technologies get better and better and allow us to ship farther and fish longer and farther into the ocean—that is really a misplaced view, in a lot of cases.”

To determine which areas were the most untouched by humans, the team mapped out 15 different human stressors—fishing, shipping, pollution, noise, etc.—and estimated how much each stressor affected the ocean as individual stressors and also when combined.

The most alarming part is, impacts from climate change—including sea level rise, increasing temperatures, and ocean acidification—were originally in the set of stressors but were taken out of the analysis because including them resulted in a total loss of marine wilderness. “We found that if you include climate change impacts in those individual stressor analyses, that basically everywhere is fully impacted. There is no wilderness left,” says Jones. So, it is possible to find places with low impact directly from human activities, “but climate change impacts are affecting almost everywhere,” he says.

With this paper, the authors call for “immediate action” to prevent “catastrophic wilderness declines,” like those seen on land. They end their report with an ask: for international governments to proactively prioritize and protect the world’s most at-risk marine wilderness areas. While most marine wilderness is found in remote corners of the planet, others were closer to human populations, including the coastal waters above Alaska, the Gulf of Carpentaria in Australia, and parts of the Hudson Bay in Canada—and authors are hopeful nations will now step up, particularly in these nearby locations.

Once marine wilderness areas are impacted by humans, it’s impossible to restore those areas to precontact levels, says Jones. “It’s almost like species extinction. Once it gets lost, the values of wilderness can’t be recovered.”

Watch a video summary of this research: