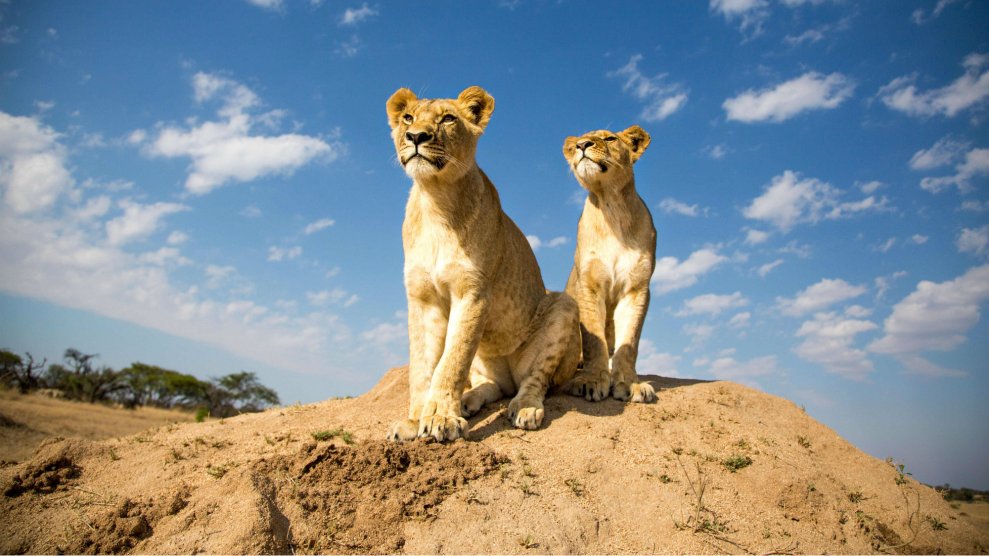 The federal government has issued more than three dozen permits allowing hunters to import lion trophies from two African nations since 2016, according to copies of the applications obtained through a Freedom of Information Act request.

The documents, obtained by the group Friends of Animals, provide insight into the often secretive permitting process to import threatened or endangered species killed abroad during luxury hunting trips. Thirty-three Americans were issued permits to import 38 lion trophies between 2016 and 2018, at least half of whom have donated to Republican lawmakers or are affiliated with the hunting lobby Safari Club International.

It’s unclear how many permit applications are currently before the agency or how many were issued in past years. In a statement, the Fish and Wildlife Service said that all permit applications are carefully reviewed and granted only if they meet several legal standards in accordance with international treaties and other requirements of the country in which the animal was hunted.

“Legal, well-regulated hunting as part of a sound management program can benefit the conservation of certain species by providing incentives to local communities to conserve the species and by putting much-needed revenue back into conservation,” the statement read.

The news comes just months after the Trump administration quietly began allowing more trophy hunting imports of lion and elephant parts from several African nations, saying it would review permits on a “case-by-case” basis as long as hunters demonstrate their actions to contribute to long-term conservation. The Fish and Wildlife Service also reversed an Obama-era ban on the importation of such trophies from Zimbabwe and Zambia last November, saying sport hunting would “enhance the survival of the species in the wild.”

Environmental groups filed a lawsuit against the move in March, saying the new FWS guidelines were unlawful and in violation of the Endangered Species Act.

Conservationists have long argued against the notion that hunting helps vulnerable species.

“If African wildlife is to survive the next few decades in their homelands, these elephants, lions and other animals―coveted by hunters for their strength and beauty―must be worth more alive than dead.”

“If African wildlife is to survive the next few decades in their homelands, these elephants, lions and other animals―coveted by hunters for their strength and beauty―must be worth more alive than dead,” Priscilla Feral, president of Friends of Animals, said in a statement. “That means safeguarding habitat along with photographic safaris and ecotourism must outpace blood-drenched trophy hunting expeditions. Trophy hunting must expire and collapse from its own dead weight.”

Several people who received the permits have links to Republican fundraising efforts, according to Friends of Animals. Steven Chancellor, an Indiana businessman given a permit for a lion killed in 2016, raised more than $1 million for Republican lawmakers at an event that same year featuring then-candidate Donald Trump. Chancellor was recently appointed to Interior Secretary Ryan Zinke’s new advisory board created to update federal rules for animal trophy imports alongside many other prominent hunters.

The Associated Press said that Chancellor is an avid hunter himself, logging nearly 500 kills by 2015 according to Safari Club member records obtained by the Humane Society. That total included at least 18 lions, half a dozen elephants and two rhinos.

Other approved permits went to hunters including Philip Glass, a Texas rancher and Trump donor who took a $100,000 trophy safari in Zimbabwe that was filmed in a documentary, and Kent Greenawalt, who has donated around $100,000 to Republican candidates and committees.

While the FWS used to make its determinations about animal trophy permits public, new guidelines mandate interested parties file Freedom of Information Act requests to see the details of each application, the New York Times reported in March.

This story has been updated to include a statement from the Fish and Wildlife Service.