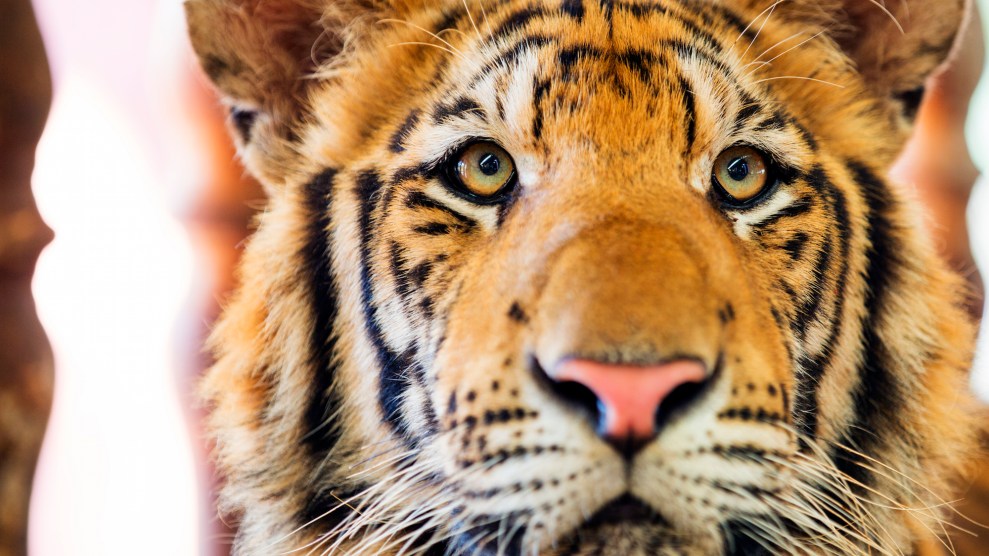 It’s been a garbage fire of a weekend, except for one happy tidbit from Nepal: The country’s tiger population has nearly doubled since 2009.

The Nepalese government’s most recent tiger census found that 235 of the majestic creatures are now roaming the country’s Himalayan jungles, up from 121 nine years ago, Gopal Prakash Bhattarai of the Department of National Parks and Wildlife Conservation told the Associated Press. The tigers’ comeback is thanks to the work of conservationists, better security in protected areas, and increased local awareness.

Around the turn of the 20th century, an estimated 100,000 tigers inhabited a region that stretched from modern-day Turkey to Southeast Asia, according to the World Wildlife Fund. But by 2010, rampant hunting and poaching, habitat loss, and the disappearance of prey had reduced their global numbers to as few as 3,200 individuals. That’s when 13 countries, including Nepal, signed a pledge to double their tiger populations by 2022 by maintaining wildlife corridors across international boundaries, making habitats safer, and working to protect potential future habitats.

Nepal is on track to be the first country to reach its goal, the WWF reports. “Nepal is a great example for other tiger range countries to step up and commit to the same level of political will and excellence,” said Ginette Hemley, WWF senior vice president of wildlife conservation. “While this is a huge story for tiger conservation, it also highlights the constant need to ensure the protection of key habitats and the value of a landscape approach for this species to recover and thrive.”

Correction: An earlier version of this article misstated the name of the World Wildlife Fund.