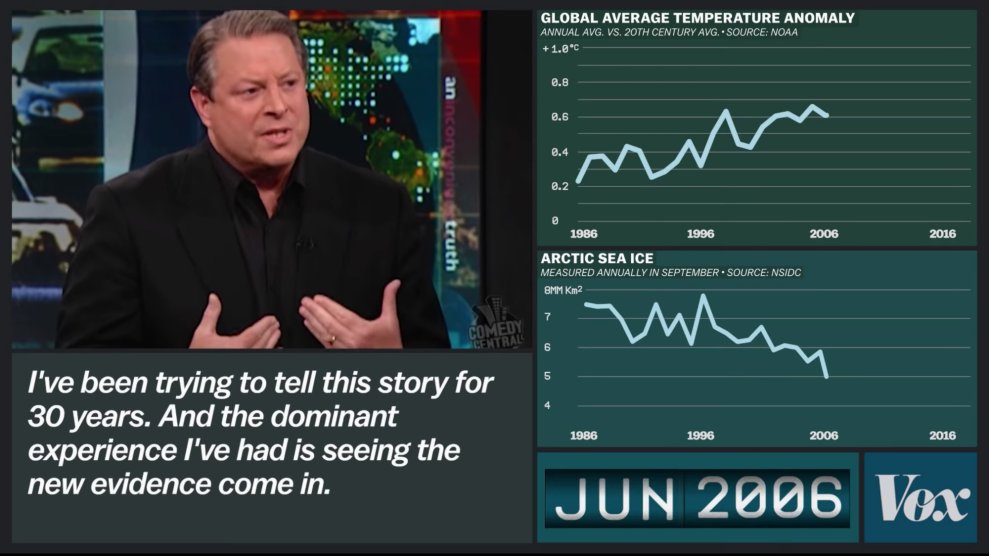 After a week of near-nonstop, dire climate news, Vox published a 12-minute video today that painfully illustrates how repeatedly the US failed to make an effective stand against global warming. Beginning, fittingly, with Al Gore—”I’ve been trying to tell this story for 30 years”—the video traces the history of broken promises, failed legislative efforts, and obfuscations since 2006, with cameos from George W. Bush, Sarah Palin, John McCain, Mitt Romney, Barack Obama, and, of course, Donald Trump.

The chronology extends to the landmark UN climate report that was released last week, which dims hope that planet will avoid the looming catastrophe because of its likely failure of meeting the 1.5 degree warming benchmark set in the 2015 Paris agreement.

While featuring clips from news reports and interviews with politicians on the left side of the screen, one graph illustrating an increase in global average temperature and the other charting how much sea ice is melting are on the right—clear evidence what the years of stalling and missed opportunities has caused.