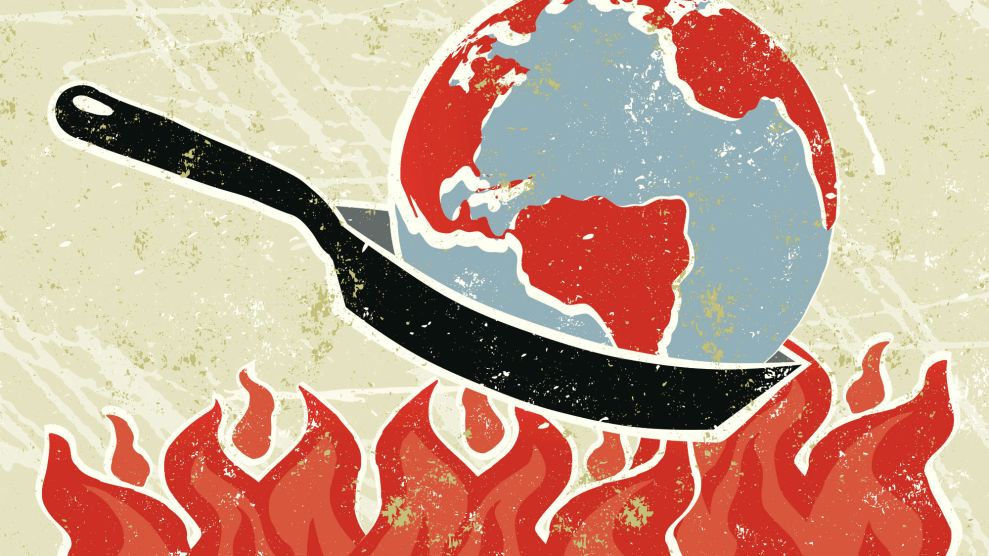 Some 250 million years ago, back when the world was still comprised of the single, supercontinent Pangea, a geologic catastrophe wiped out nearly every single ocean-dwelling creature on the planet: fish, crustaceans, mollusks, even microbes. As few as 4 percent of ocean species survived, including, most famously, the Nautilus. On land, about 30 percent survived. It was the worst extinction event in Earth’s history.

Appropriately, scientists nicknamed the event the “Great Dying” (also known in science speak as the “Permian-Triassic extinction”). But despite the magnitude of the disaster, only in the past two decades did paleontologists find clues of it in the fossil record—and discover it coincided with a massive volcanic event in modern-day Siberia.

Still, there was a major blind spot in scientists’ understanding of the Great Dying: While they knew about the extinction and they knew about the volcanic eruption, it was unclear just how the two were related and what exactly caused the massive die-off. Scientists had long suspected the volcano’s release of greenhouse gases into the atmosphere played a role, though they didn’t know the precise mechanism by which it happened. (It’s sort of like how a doctor may know that a person died in a car accident but can’t pinpoint the exact cause of death.)

Now, a new study published Thursday in the journal Science suggests the culprit of the Great Dying—and the connection between the two events—was likely something the planet is all too familiar with today: global warming, and, as a result, high ocean temperatures and a loss of oxygen in the water.

And, it turns out, this millions-year-old event might be able to serve as a warning for our own future. The authors write that the combination of those two factors—warming water and low oxygen—“can account for more than half the magnitude of the ‘Great Dying'” in the ocean. Both factors, of course, are still at play right now.

“These extreme events are so important because they give us some view—what are the limits of climate change?” Woodward Fischer, a professor of geobiology at Caltech who reviewed the paper and was not involved with the study, tells Mother Jones. “What are the limits of environmental change? And how do those feedback on the biosphere? It’s kind of like a way of asking, ‘Well, what is possible?’”

Here’s how the authors got their result: While scientists had long guessed a warming climate played a part in the Great Dying, they hadn’t come up with a way to prove it. In order to test the theory, the team simulated ancient global warming with a model of Earth’s climate and predicted how ocean warming and oxygen loss would affect where ancient marine species could survive, based on the tolerance levels of animals alive today, including fish, crustaceans, sharks, corals, and mollusks. It wasn’t a perfect model (no model is), but it served as an approximation of how sensitive ancient species may have been to a warming climate at the time. Then, to see how the model stood up, they compared it with the fossil record.

It performed spectacularly. Not only did it match up with the fossil record, but it even predicted something that paleontologists had never noticed: that creatures living near the equator were slightly more likely to survive a major warming event than ones near the poles. Presumably, those living at the equator could travel north to cooler waters as the temperatures rose, while those at the poles were trapped. (That’s not to say the tropics are a useful refuge; the majority of species still died there.)

“The model made this prediction when we didn’t even really know whether it was true,” Curtis Deutsch, an associate professor of chemical oceanography at the University of Washington and an author on the study, tells Mother Jones. “So, we went and took it to the paleontologist colleagues, and they had to go and look for it [in the fossil record]. And when they did, it was a fun ‘eureka’ moment.”

In sum, the researchers revealed that a warming ocean and therefore low oxygen in the water were in fact likely to have played a crucial role in the Great Dying.

Understanding the planet’s turbulent past is an important thing, but much more urgent is what we can learn from it for the future. Deutsch calls the Great Dying a “cautionary tale” for understanding climate change today.

“The path we’re on, of warming up the ocean with greenhouse gases and depleting the oxygen inventory of the ocean, is a path the Earth has been on before,” he says. Where we are is not the exact same scenario as before the Great Dying, he adds, “but the basic trajectory of warming the ocean, while losing its oxygen, is going to cause the same kind of stress for marine ecosystems now as it did back then.”

At the time of the Great Dying, the Earth’s temperatures had risen by 10 degrees Celsius (18 degrees Fahrenheit). While that seems far off from the three or four degrees of warming scientists expect in the next century or so, it’s “not on a totally different plane,” says Deutsch. So, if nothing else, the study calls attention to a crucial point where we may expect dramatic environmental disaster to set in, according to Justin Penn, a graduate student at UW and lead author on the study. “If you warm up the ocean by 10 degrees, you’ll get extinction that rivals the worst in the history of the Earth,” he says. (On Wednesday, a report from Stanford University published in the journal Environmental Research Letters showed carbon dioxide will hit another record high in 2018.)

The idea of a mass extinction in the near future, needless to say, paints a bleak picture. In short, it would be biological Armageddon. The big difference is, of course, that at the time of the Great Dying, the animals had no choice, no ability to control what happened to their planet. So while humans are heading down a similar path, and are “a substantial part of the way toward an extinction,” says Deutsch, “we don’t know how far we’ll get—and it depends a lot on what we choose to do.”