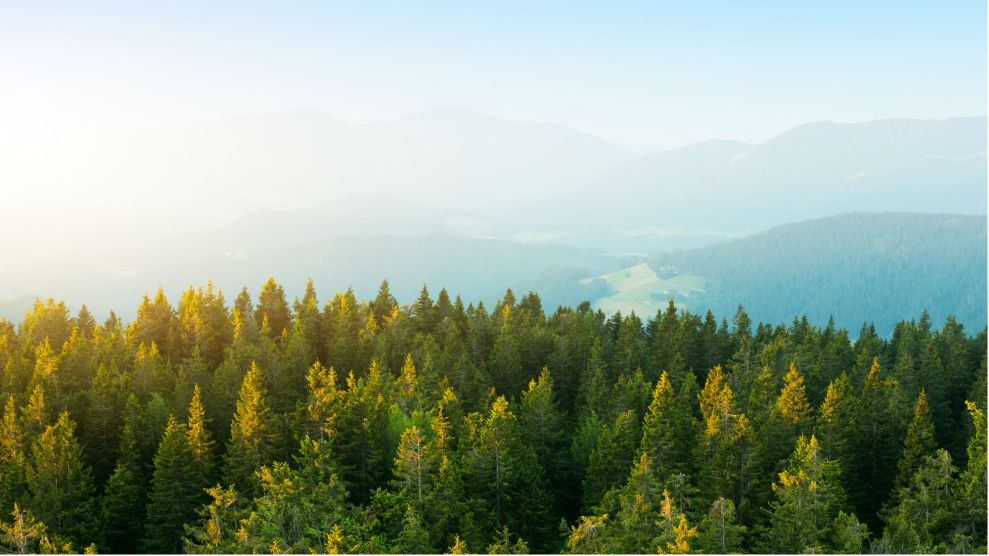 When it comes to climate change research, most studies bear bad news regarding the looming, very real threat of a warming planet and the resulting devastation that it will bring upon the Earth. But a new study, out Thursday in the journal Science, offers a sliver of hope for the world: A group of researchers based in Switzerland, Italy, and France found that expanding forests, which sequester carbon dioxide from the atmosphere, could seriously make up for humans’ toxic carbon emissions.

In 2018, the United Nations’ Intergovernmental Panel on Climate Change, the world’s foremost authority on climate, estimated that we’d need to plant 1 billion hectares of forest by 2050 to keep the globe from warming a full 1.5 degrees Celsius over pre-industrial levels. (One hectare is about twice the size of a football field.) Not only is that “undoubtedly achievable,” according to the study’s authors, but global tree restoration is “our most effective climate change solution to date.”

In fact, there’s space on the planet for an extra 900 million hectares of canopy cover, the researchers found, which translates to storage for a whopping 205 gigatonnes of carbon. To put that in perspective, humans emit about 10 gigatonnes of carbon from burning fossil fuels every year, according to Richard Houghton, a senior scientist at the Woods Hole Research Center, who was not involved with the study. And overall, there are now about 850 gigatonnes of carbon in the atmosphere; a tree-planting effort on that scale could, in theory, cut carbon by about 25 percent, according to the authors.

In addition to that, Houghton says, trees are relatively cheap carbon consumers. As he put it, “There are technologies people are working on to take carbon dioxide out of the air. And trees do it—for nothing.”

To make this bold prediction, the researchers identified what tree cover looks like in nearly 80,000 half-hectare plots in existing forests. They then used that data to map how much canopy cover would be possible in other regions—excluding urban or agricultural land—depending on the area’s topography, climate, precipitation levels, and other environmental variables. The result revealed where trees might grow outside of existing forests.

“We know a single tree can capture a lot of carbon. What we don’t know is how many trees the planet can support,” says Jean-François Bastin, an ecologist and postdoc at ETH-Zürich, a university in Zürich, Switzerland, and the study’s lead author, adding, “This gives us an idea.”

They found that all that tree-planting potential isn’t spaced evenly across the globe. Six countries, in fact, hold more than half of the world’s area for potential tree restoration (in this order): Russia, the United States, Canada, Australia, Brazil, and China. The United States alone has room for more than 100 million hectares of additional tree cover—greater than the size of Texas.

The study, however, has its limitations. For one, a global tree-planting effort is somewhat impractical. As the authors write, “it remains unclear what proportion of this land is public or privately owned, and so we cannot identify how much land is truly available for restoration.” Rob Jackson, who chairs the Earth System Science Department and Global Carbon Project at Stanford University and was not involved with the study, agrees that forest management plays an important role in the fight against climate change, but says the paper’s finding that humans could reduce atmospheric carbon by 25 percent by planting trees seemed “unrealistic,” and wondered what kinds of trees would be most effective or how forest restoration may disrupt agriculture.

“Forests and soils are the cheapest and fastest way to remove carbon from the atmosphere—lots of really good opportunities there,” he said. “I get uneasy when we start talking about managing billions of extra acres of land, with one goal in mind: to store carbon.” Bastin, though, says the study is “about respecting the natural ecosystem,” and not simply planting “100 percent tree cover.” He also clarified that planting trees alone cannot fix climate change. The problem is “related to the way we are living on the planet,” he says.

Caveats aside, Houghton sees the study as a useful exercise in what’s possible. “[The study] is setting the limits,” says Houghton. “It’s not telling us at all how to implement it. That’s what our leaders have to think about.”