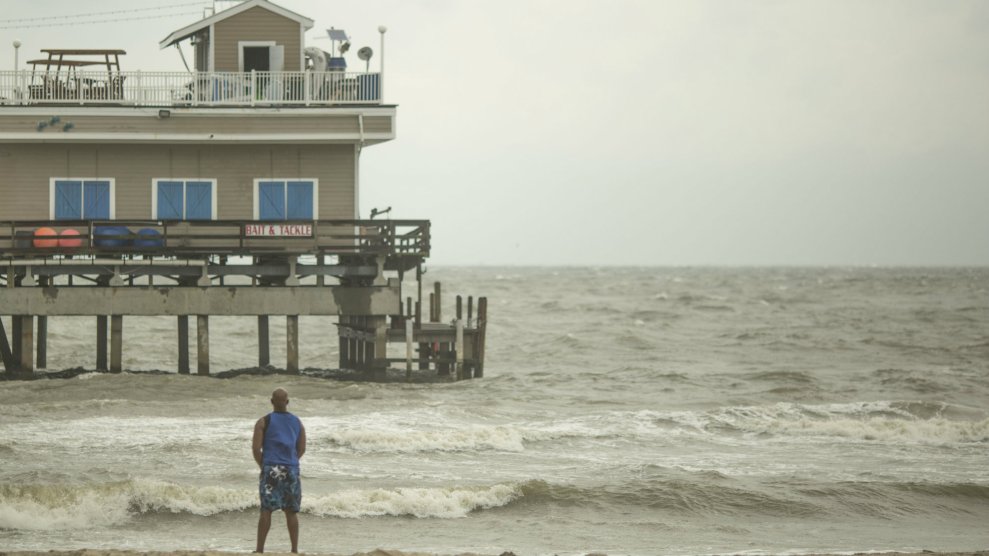 In just the last two years, climate change has brought on an onslaught of disasters: more than 4 feet of rain in south Texas, 90 degree days in Alaska, and record-breaking wildfires that have destroyed homes and upended communities. But now, an unexpected threat from climate change is looming on the horizon: gentrification.

“Climate gentrification is when the response to climate impacts indirectly increases disparities in communities,” Jennie Stephens, director for strategic research collaborations at Northeastern’s Global Resilience Institute, says. Wealthy people seeking refuge from the effects of climate change are starting to move into neighborhoods that were once considered undesirable. The term is fairly new, but there are already examples of this new kind of gentrification taking place—and not just in coastal areas. “It can happen and it is happening in all kinds of communities,” Stephens says.

Norfolk, Virginia, is one of the country’s most climate-vulnerable areas, and an example of what happens when city officials attempt to adapt to the rising seas from climate change at the expense of the poor.  The city, which sits at the junction of the Chesapeake Bay and Elizabeth River, is home to nearly 245,000 people and regularly floods on rainy days and even on sunny days during high tide. By 2050, NOAA predicted Norfolk will have 170 sunny-day floods a year.

Local leaders came up with a strategy last year to reinvest in low-income neighborhoods and protect vulnerable ones from constant flooding. St. Paul’s redevelopment plan will tear down several public housing complexes in the low-lying neighborhood and replace the decrepit buildings with a mixed-income development while ceding the most vulnerable areas to the sea. “The crown jewel of the re-imaged St. Paul’s neighborhood will be the transformation of the low-lands area that is often devastated by flooding into a water eco-center comprised of great parks, green spaces,” the city’s official website reads. The lowlands that routinely flood will be transformed into parks and green spaces. In May, the Department of Housing and Urban Development announced that Norfolk was chosen for the Choice Neighborhoods Initiative, a $30 million competitive grant that the city will use to help pay for the project.

At Tidewater Gardens, one of the housing projects in the area slated for redevelopment, residents are already beginning to move out. After some delays, the city contracted with People First, a company that is supposed to help residents transition out of public housing and move either into subsidized housing elsewhere or, with the help of a voucher, into privately owned Section 8 housing. The city has assured residents that when the project is done, everyone will have a place to live—but that’s assuming that most residents will use rental-assistance vouchers to find private housing. Community members are skeptical as the result of a previous redevelopment project, when not everyone was able to return to public housing. In 2000, when the redevelopment of the Broad Creek public housing complex began, 767 families resided there, only 150 returned. Currently, Tidewater Gardens has 618 units. The new complex will have 700 units, but 200 of them will be reserved for low-income renters.

“What if you can’t find anything in Norfolk, and now you have to live in Suffolk?” Lavonne Pledger, president of the tenant management council at Young Terrace, a nearby public housing complex, asks, referring to a city about 20 miles southwest of Norfolk. Moving away could pose costly problems, Pledger observes, because “if your job is still in Norfolk, now you have to pay more money for gas.”

Built on land that is as porous as Swiss cheese and perched just 6 feet above the Atlantic Ocean, Miami is both sinking and flooding at the same time.

There is perhaps no better American city that encapsulates the climate crisis better than Miami. Built on land that is as porous as Swiss cheese and perched just 6 feet above the Atlantic Ocean, Miami is both sinking and flooding at the same time. Miami-Dade County, home to 2.7 million people, will be partially underwater and unlivable as early as 2100—or when it takes a direct hit from a major hurricane. In contrast to some cities, like Houston, where the floodplains are home to low-income people who have no choice but to live in flood-prone low-lying areas, in Miami, waterfront property continues to be prime real estate. But now, as sea level rise threatens many of the low-lying beachfront communities, neighborhoods like Little Haiti, which is on higher ground, is becoming more desirable to developers and wealthy investors and homeowners.

Little Haiti and its surrounding area is home to generations of Haitians and other immigrants who were segregated out of beachside communities. Now, it could become the next trendy area. As the Wall Street Journal reported, strip malls are being turned into sleeker businesses and an upscale food hall has recently opened up. A 2018 Harvard study found that homes on higher ground were appreciating at a faster rate. The city is planning on conducting a study to see how climate change is exacerbating gentrification. “As people move inland, we want to make sure there aren’t waves of displacement,” Gretchen Beesing, chief executive of Catalyst Miami, a nonprofit that focuses on poverty issues, told the Journal.

But climate gentrifiers aren’t just people looking for higher ground. “Coastal areas are the most obvious, but there are other areas that are getting uncomfortable or more risky to live in,” Stephens says. In 2000, Phoenix, Arizona, saw 121 days above 105 degrees. By 2050, that number is expected to be up to 147. For wealthier residents looking to beat the heat, the obvious alternative can be found in Flagstaff, a small city of 70,000, which is approximately a two-hour drive north. Despite its relative proximity, Flagstaff’s higher elevation offers much more moderate summers. But it’s causing problems for those who are already living there. “As it gets hotter, we are getting a lot of climate refugees,” Coral Evans, the city’s mayor, told the Guardian in 2018. “We don’t mind people moving to Flagstaff at all. But about 25 percent of our housing is now second homes. The cost of living is our number one issue.” Residents are worried that the influx of wealthy people from Phoenix will squeeze them out of an increasingly tight market.

People with the resources will always be able to seek higher ground or better weather, but it’s unlikely that any area will remain unaffected by climate change. The systems we need for survival—the food supply and critical infrastructure like roads and hospitals—are all connected. “If you think about food and water and housing and health, there are a lot of possibilities for disruption,” Stephens says. “It’s hard to predict if you’re safer over here than over there.”