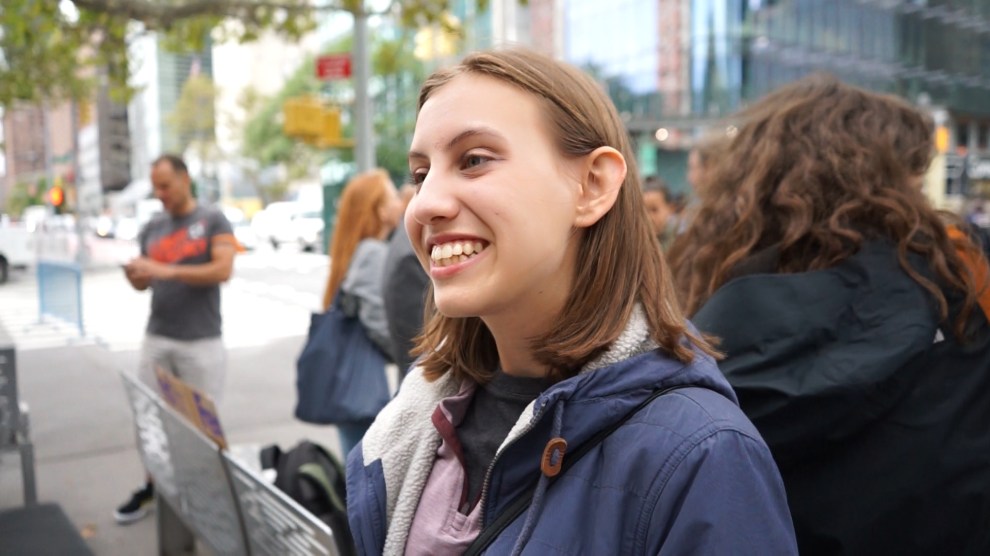 Outside the United Nations headquarters in New York, a group of about 25 students braced themselves against strong winds from Hurricane Dorian on Friday. Ranging in age from elementary to college students, they held signs that read “As the oceans rise, so will we” and “GREED KILLS,” and chanted, “We are unstoppable, a better world is possible.”

These student-led strikes have been going on in New York every Friday for 39 weeks and are known as Fridays for Future. This week’s protest featured Greta Thunberg, the Swedish climate activist who began the school climate strike movement which gained traction worldwide.

“We shouldn’t be talking about ‘believing’ in the climate crisis,” Thunberg said during the rally that followed the students’ quiet protest. “Either you understand and accept the science, or you don’t. As long as we keep talking about believing, or thinking climate change is real, then it’s seen as something you choose to believe in, and then it gets turned into an opinion. And if it’s an opinion, it can be debated.”

Alexandria Villaseñor, the 14-year-old climate activist who organizes the weekly, student-led strikes in New York known as Fridays for Future, said that she wants to see world leaders reduce greenhouse gas emissions globally. The eighth-grader was present for about half of Wednesday’s town hall. “I think any potential world leader needs to really realize what’s at stake here and has to realize that they have to stand up for our generation, or else my generation will continue to demand that they do,” she said.

The students have wide-ranging visions of an environmentally sustainable future, but they have identified three specific demands that they want to see enacted in New York. Sixteen-year-old Olivia Wohlgemuth read the demands: no more fossil fuels, a just transition to 100 percent renewable energy by 2030, and holding polluters accountable.

On Sept. 20, the students are planning a citywide strike beginning at 12 p.m. at New York’s Foley Square and culminating in a rally in Battery Park at 3 p.m.