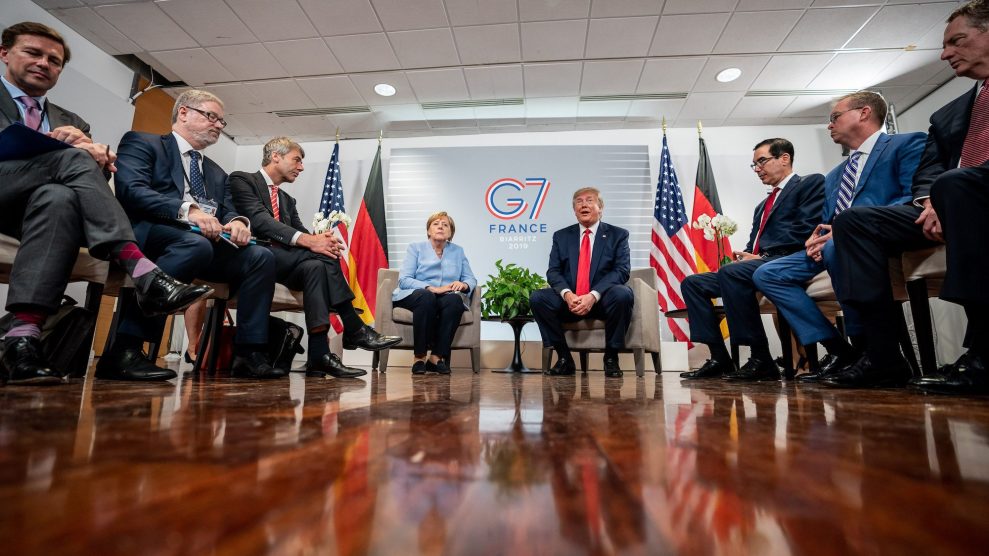 Buried in the flurry of headline-grabbing statements last week by acting White House chief of staff Mick Mulvaney about Ukraine, presidential quid pro quo, and a plan to host the next G7 summit at the president’s own golf resort was another announcement that attracted less notice. Climate change, Mulvaney said, won’t be included in the G7 summit’s formalized agenda when the leaders of the world’s major economic powers meet in June.

While the administration has backed off its intention to hold the event at Trump’s Doral resort in Florida, it hasn’t budged on its plans for the summit agenda. The country hosting the summit—in this case, the United States—sets the agenda. But that doesn’t mean the other G7 members will allow climate change to go undiscussed.

Even if the host country lays out the official agenda, the meeting’s attendees are still basically free to discuss whatever they deem important. According to an EU official with knowledge of the G7 proceedings, some EU delegates still plan to make climate change a focus of the summit.

“We are aware of where the US stands on this, and we understand that they want to focus more on the economy,” says the EU official, “and it’s the prerogative that the US sets the agenda—the agenda is set by the president—but all members have the right to bring what they want to the table.”

Every year, with increasing conspicuousness, Trump has snubbed the G7 forum’s climate dialogue. It started in 2017, when the administration refused to join other world leaders in reaffirming a commitment to the Paris climate agreement, and it culminated at the most recent summit in August, when Trump skipped the meeting’s climate dialogue. These slights haven’t stopped other nations from addressing climate change, as EU leaders intend to do again next year.

“We feel that economy and development are closely related to environmental issues,” says the official.

Recent summits, hosted by countries committed to tackling the climate crisis, have resulted in significant resolutions to mitigate climate change, even as the United States has put the brakes on its own commitments. When France hosted the G7 this year, five members of the group pledged nearly $6 billion to the Green Climate Fund, which helps developing countries adapt to a changing climate. In 2018, the majority of members agreed on a blueprint for clean oceans that included a 2030 goal for all produced plastics to be recyclable or reusable. Four years ago in Germany, all the G7 countries agreed to provide insurance against climate threats to 400 million vulnerable people, primarily in Africa and the Caribbean.

While other members of the G7 might be able to present whatever issues they please at the next summit, it’s unclear what actions they’ll actually be able to take without the participation of the United States. And if the host is unwilling even to put climate change on the agenda, any meaningful cooperation from the United States appears remote.