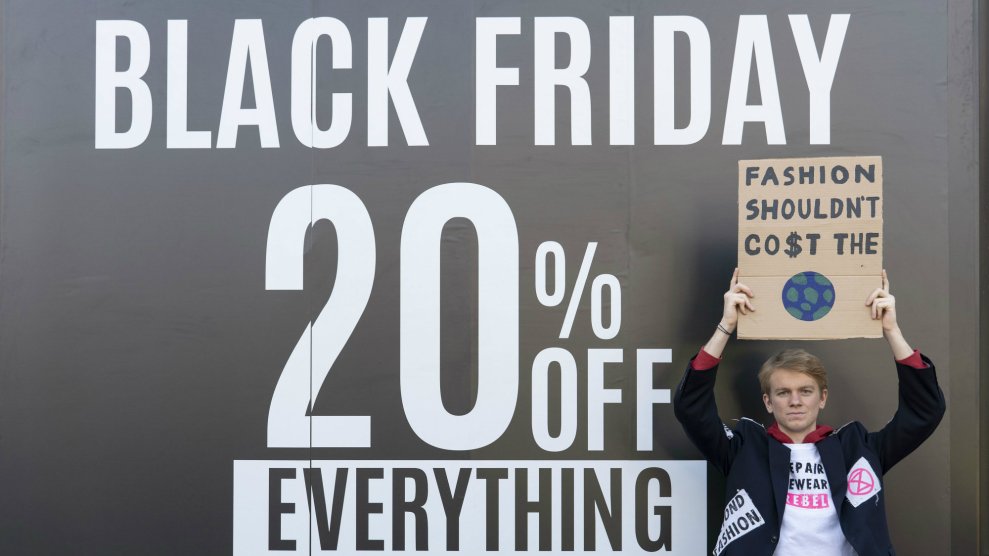 On Black Friday, climate change activists in cities all over the planet took to the streets to decry the biggest shopping day of the year.

According to the New York Post, 300 protesters marched down a busy street in New York City then blocked traffic near Herald Square by sitting in an intersection. Police arrested 27 people after they refused to clear the road. Law enforcement said the individuals would be charged with disorderly conduct.

We demand the truth be told about the ecological and #climatecrisis at hand.

We must transform our social, political and economic systems from ones driven by destructive consumption, to systems that honor relationship and reciprocity, and care for all life.

Endless consumerism cannot be sustainable in a world with limited natural resources. We are using 1.7x Earth's biocapacity and growing each year. pic.twitter.com/RsLBZ6C1TM

Protests were widespread across Europe. In France, protesters targeted Amazon’s French headquarters. Other climate demonstrators protested at a shopping center in Paris. At a Lyon protest, video captured riot police dragging protesters. In the United Kingdom, protesters chanted outside of shopping centers.

Though Thanksgiving is a US holiday, the Black Friday phenomenon has spread to all corners of the globe—much to the chagrin of activists around the world. “The planet burns, oceans die, and we still want to consume, consume, and therefore produce, produce-until we eradicate all living things?” read a manifesto from protesters in Paris. “We will not betray our children for a 30 percent discount!”