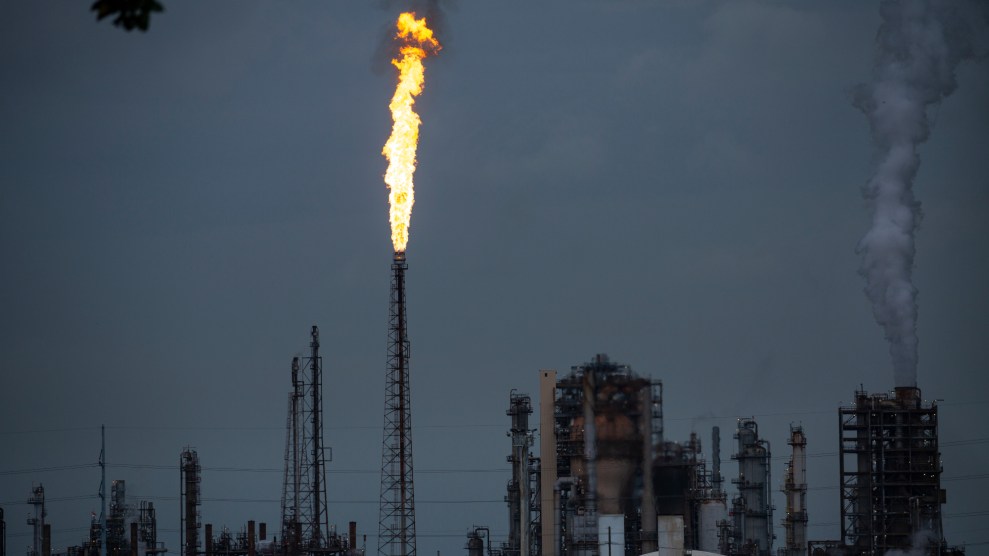 The oil and gas industry has had a far worse impact on the climate than previously believed, according to a study indicating that human emissions of fossil methane have been underestimated by up to 40%.

Although the research will add to pressure on fossil fuel companies, scientists said there was cause for hope because it showed a big extra benefit could come from tighter regulation of the industry and a faster shift towards renewable energy.

Methane has a greenhouse effect that is about 80 times more potent than carbon dioxide over a 20-year period and is responsible for at least 25 percent of global heating, according to the UN Environment Programme.

In the past two centuries, the amount of methane in the atmosphere has more than doubled, though there has long been uncertainty about whether the source was biological—from agriculture, livestock or landfills—or from fossil fuels. There were also doubts about what share of fossil methane was naturally released and what share was from industry.

Earlier estimates were based on intermittent, bottom-up monitoring of oil and gas companies and comparisons with geological evidence from the end of the Pleistocene epoch, about 11,600 years ago.

For a more accurate comparison, a team at the University of Rochester in the US examined levels of methane in the pre-industrial era about 300 years ago. This was achieved by analyzing air from that period trapped in glaciers in Greenland. The sample – made up of about a tonne of ice – was extracted with a Blue Ice Drill, capable of producing the world’s biggest ice cores.

The findings, published in Nature, suggest the share of naturally released fossil methane has been overestimated by “an order of magnitude”, which means that human activities are 25-40 percent more responsible for fossil methane in the atmosphere than thought.

This strengthens suspicions that fossil fuel companies are not fully accounting for their impact on the climate, particularly with regard to methane—a colorless, odorless gas that many plants routinely vent into the atmosphere.

An earlier study revealed methane emissions from US oil and gas plants were 60 percent higher than reported to the Environmental Protection Agency.

Accidents are also underreported. A single blowout at a natural gas well in Ohio in 2018 discharged more methane over three weeks than the oil and gas industries of France, Norway and the Netherlands released in an entire year. At the time, the company said it was unsure of the size of the leak. The immense scale was only revealed a year later when scientists analyzed satellite data provided by the European Space Agency.

Fracking also appears to have worsened the problem. Atmospheric methane had started to flatten off at the turn of the century, but rose again after a surge in fracking activity in the US and elsewhere. The industry, however, continues to claim that the energy source can be used as a “bridge fuel” because it has lower carbon emissions than oil or coal, but this fails to account for leaks and flares of methane and other gases during extraction.

Growing calls for tighter controls will be strengthened by the new study. The lead author, Benjamin Hmiel, said the paper was cause for optimism because it showed that action on methane—which has a relatively short shelf life, persisting in the atmosphere for about nine years—could give a strong short-term boost to efforts to stabilize the climate.

“Placing stricter methane emission regulations on the fossil fuel industry will have the potential to reduce future global warming to a larger extent than previously thought,” Hmiel said. “Methane is important to study because if we make changes to our current methane emissions, it’s going to reflect more quickly.”

Other scientists who were not involved in the research concurred there were positive implications in the findings, but only if governments were able to rein in fossil fuel companies, which has not been the case until now.

“This indicates that the fossil fuel sector has a much more polluting impact beyond being responsible for the overwhelming majority of carbon dioxide emissions. This is worrying and overall bad news,” said Dr Joeri Rogelj, a climate change lecturer at the Grantham Institute.

The good news, Rogelj said, was that measures to prevent leaks, reduce flaring and switch to renewables would be more effective than expected. “What this study shows is that we can have a bigger impact on methane in the atmosphere than earlier thought. This allows us to set climate policy priorities right.”

Dave Reay, the executive director of the Edinburgh Centre for Carbon Innovation, said one of the key messages from the study was that the old bottom-up method of measuring methane emissions was “woefully inadequate”.

“We knew fossil fuel extraction—including fracking—was a major part of global methane emissions, but this impressive study suggests it is a far bigger culprit in human-induced climate change than we had ever thought,” he said.

“If correct, gas, coal and oil extraction and distribution around the world are responsible for almost half of all human-induced methane emissions. Add to that all the carbon dioxide that is then emitted when the fossil fuels are burned, and you need look no further for the seat of the climate emergency fire.”