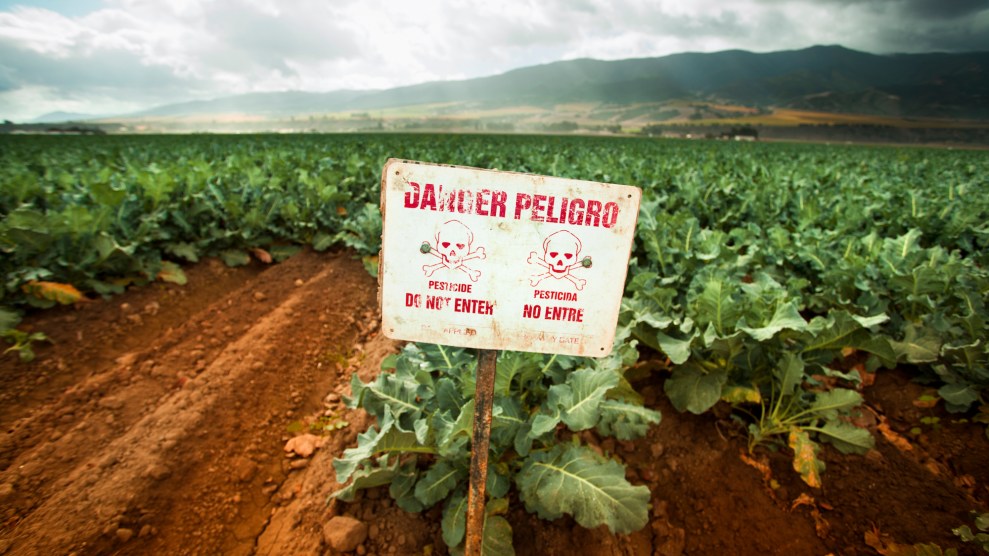 Back in 2017, in the early days of the Trump administration, the Environmental Protection Agency rejected a proposal by its own scientists to ban chlorpyrifos, a neurotoxic pesticide suspected of causing to lower birth weights, lower IQs, attention deficit disorder and other developmental issues in children. The decision generated outrage and inspired several states—Hawaii, New York, and most recently, California—to ban it.

On Thursday, the pesticide’s top US supplier, Corteva announced it would stop making the chemical. “Due to this reduced demand, Corteva has made the strategic business decision to phase out our production of chlorpyrifos in 2020,” the company said in a statement.

The decision marks quite a reversal from the company’s push to keep chlorpyrifos on the market, detailed by this Union of Concerned Scientists’ report. Corteva’s corporate predecessor, Dow, cultivated a chummy relationship with the Trump administration, as I laid out here:

The company contributed $1 million to the president’s inaugural committee, the Center for Public Integrity notes. In December, Dow Chemical Chairman and CEO Andrew Liveris attended a post-election Trump rally in the company’s home state of Michigan, and used the occasion to announce plans to create 100 new jobs and bring back another 100 more from foreign subsidiaries. Around the same time, Trump named Liveris chair of the American Manufacturing Council, declaring the chemical exec would “find ways to bring industry back to America.” (Dow has another reason beside chlorpyrifos’ fate to get chummy with Trump: its pending mega-merger with erstwhile rival DuPont, which still has to clear Trump’s Department of Justice.)

The Trump administration ultimately blessed the Dow-DuPont merger; Corteva was spun out of the combined company in 2018 as a standalone seed-pesticide firm.

Corteva’s decision to halt pesticide sales came on the same day that California’s ban on the chemical took effect. Generic versions will still be available to farmers in states where it’s not banned. But its abandonment by its biggest marketer and champion will make the pesticide harder to come by, and could ultimately spell its demise, said Jennifer Sass, senior scientist at the Natural Resources Defense Council, in a statement. “This is a victory for our kids, farmworkers and rural communities nationwide,” she said. “After years of pressure and increasing public concern, the end of chlorpyrifos is finally in sight.”