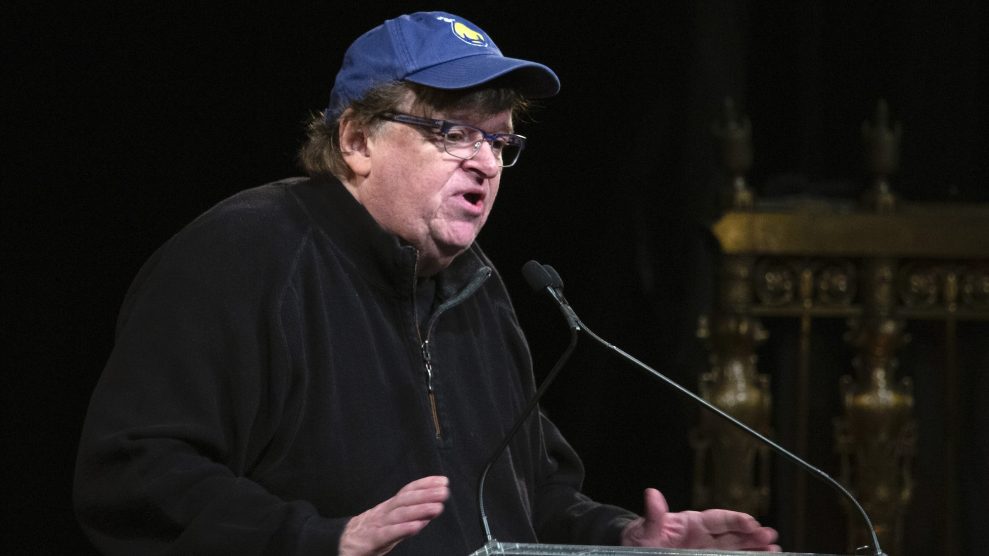 A new Michael Moore-produced documentary that takes aim at the supposed hypocrisy of the green movement is “dangerous, misleading and destructive” and should be removed from public viewing, according to an assortment of climate scientists and environmental campaigners.

The film, Planet of the Humans, was released on the eve of Earth Day last week by its producer, Michael Moore, the baseball cap-wearing documentarian known for Fahrenheit 9/11 and Bowling for Columbine. Describing itself as a “full-frontal assault on our sacred cows,” the film argues that electric cars and solar energy are unreliable and rely upon fossil fuels to function. It also attacks figures including Al Gore for bolstering corporations that push flawed technologies over real solutions to the climate crisis.

Planet of the Humans has provoked a furious reaction from scientists and campaigners, however, who have called for it be taken down. One distributor, Films for Action, temporarily took down the film after describing it as “full of misinformation,” though they later reinstated it, saying they did not want accusations of censorship to give the film “more power and mystique than it deserves.” A free version on YouTube has been viewed more than 3 million times.

A letter written by Josh Fox, who made the documentary Gasland, and signed by various scientists and activists, has urged the removal of “shockingly misleading and absurd” film for making false claims about renewable energy. Planet of the Humans “trades in debunked fossil fuel industry talking points” that question the affordability and reliability of solar and wind energy, the letter states, pointing out that these alternatives are now cheaper to run than fossil fuels such as coal.

Michael Mann, a climate scientist and signatory to Fox’s letter, said the film includes “various distortions, half-truths and lies” and that the filmmakers “have done a grave disservice to us and the planet by promoting climate change inactivist tropes and talking points.” The film’s makers did not respond to questions over whether it will be pulled down.

Planet of the Humans has been shown at Moore’s Traverse City film festival, where the producer said it was “perhaps the most urgent film we’ve shown in the 15-year history of our film festival.” Jeff Gibbs, who wrote and directed the film, has suggested that unrestrained economic and population growth should be the target of environmentalists’ efforts rather than technological fixes.

Climate activist Bill McKibben, one of the targets for the film for allegedly being influenced by corporate money and for supporting the burning of biomass such as wood chips for energy, said the characterizations are untrue. McKibben has previously changed his views on biomass energy, which he now sees as being detrimental to climate action, and claims he has “never taken a penny in pay” from any environmental group.

“I am used to ceaseless harassment and attack from the fossil fuel industry, and I’ve done my best to ignore a lifetime of death threats from rightwing extremists,” McKibben said. “It does hurt more to be attacked by others who think of themselves as environmentalists.”

Renewable energy has long been portrayed as expensive and unreliably intermittent by oil and gas companies and their lobby groups, which have spent several decades questioning the veracity of climate science and undermining efforts to radically reduce planet-heating emissions.

In fact, the technology used for wind and solar energy has improved markedly in recent years, while the costs have plummeted. While electric cars often require fossil fuel-generated energy to produce them and provide the electricity to fuel them, research has shown they still emit less greenhouse gas and air pollutants over their lifetime than a standard petrol or diesel car.

Generating all power from renewables will take significant upgrades of grid infrastructure and storage but several researchers have declared the goal feasible, most likely with carbon-capture technology for remaining fossil fuel plants. Scientists say the world must reach net zero emissions by 2050 to head off disastrous global heating, which would likely spur worsening storms, heatwaves, sea level rise and societal unrest.