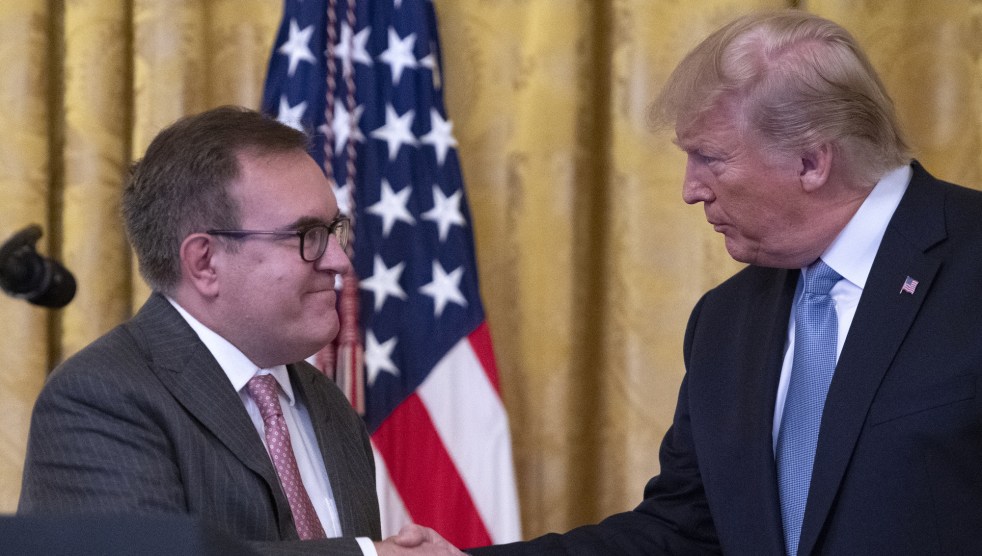 Lately, President Donald Trump has been touting his “really good” environmental record. On Friday, in a press conference on the monthly jobs report, he boasted,  “We have the cleanest air, the cleanest water we’ve ever had.”

The Environmental Protection Agency sought to back up this claim on Monday, releasing data giving Trump credit for six different types of pollutants declining a total of 7 percent from when Trump took office in 2017 through the end of 2019.

The polls-obsessed president and his senior advisers know that his record on the environment is a problem for winning over two key demographics: millennials and suburban women. Polling from before the pandemic consistently showed the environment and climate change ranking as his most unpopular issues. No surprise there, since Trump has reversed and weakened 100 environmental rules and counting over the course of his administration.

Trump has gone even further during the pandemic, suspending some of the EPA’s enforcement duties, stopping polluters from reporting emissions, and limiting government reviews to speed up the construction of oil and gas pipelines.

All the while, EPA Administrator Andrew Wheeler has insisted that the EPA remains focused on its “core mission” of reducing pollution. And though the agency is required by law to have nothing to do with election efforts—it has recently stepped up its messaging in 2020 battleground states of Georgia, Pennsylvania, and Michigan, and Florida. Since May 27, the EPA tweeted three times about the air in Pennsylvania and four times about its work in Georgia:

America is a global leader in clear air, paired with a robust and growing economy. EPA’s #DERA grants are just one way we assist Pennsylvania in improving air quality in local communities. pic.twitter.com/oD9fWSSTw0

Working with our partners in @georgiagov, over the past three years we have made real progress to provide cleaner air for Georgia residents through EPA grants and initiatives that reduce air pollution. pic.twitter.com/IE24R9OZ1c

But the truth is a lot more complicated. Let’s review Trump’s real record on air quality:

Trump glosses over these grim statistics as he attempts to use the environment and public health as props to boost his election prospects. John Walke, Natural Resources Defense Council’s clean air and climate director points out that the data looks even worse when you break it down past the national averages, which tend to hide the more alarming pollution on the local level—where communities of color face disproportionate pollution compared to white neighborhoods. “People don’t breathe national averages of emissions—they breathe where they live,” says Walke. “The dirty little secret is that the air would be cleaner in the United States if the Trump administration had never issued any regulations at all.”