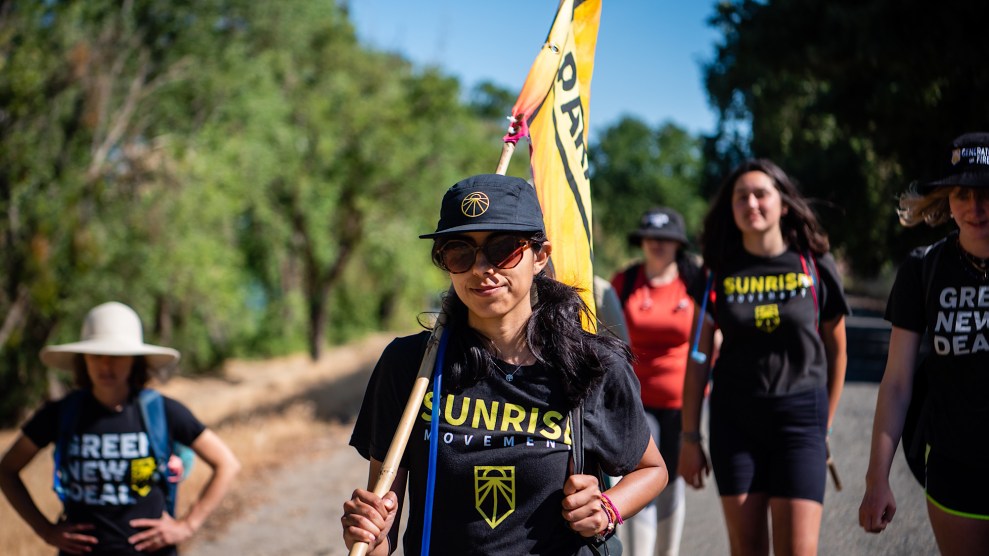 For 16 years, Ashley Diaz has lived in Happy Camp, a census-designated place with a population of about 1,000 along the Klamath River in Northern California. One evening last September, the seven-months pregnant mom of three was resting when neighbors came by to warn her about a nearby wildfire.

She quickly started evacuating, grabbing sippy cups and formula, her phone, and her dad’s ashes on her way out the door, even as her family told her she was overreacting. And without time to put on a pair of shoes or secure her daughter in a car seat, Diaz drove out of town. When she returned, she had lost everything in the blaze, later named the Slater fire.

“If we were in the house sleeping for about 20 minutes longer, it would have got to us,” Diaz recalls.

“If we were in the house sleeping for about 20 minutes longer, it would have got to us.”

With peak wildfire season approaching during a severe drought in the Western United States, activists and government officials are concerned about what this season may bring. California Gov. Gavin Newsom called for a record $2 billion wildfire preparedness budget and an expansion of its fleet of aircraft to combat wildfires in a meeting with the head of the California Department of Forestry and Fire Protection in May.

But climate activists are calling for more to be done for neighborhoods at high risk of burning down. In some regions of California, many residents are unable to afford home insurance. Sometimes, companies avoid insuring homeowners living in areas where wildfires are especially damaging. In Happy Camp, after the Slater fire, many residents who lacked insurance—including members of the Karuk tribe—were left homeless.

Diaz is part of a bootcamp at the Anthropocene Alliance, a nonprofit that provides outreach for low-income communities affected by fires and other climate crises. The bootcamp provides guidance on government grant programs along with advice on risk mapping, insurance and legislation.

Anthropocene Alliance isn’t alone in its advocacy around wildfires. Activists with Sunrise Movement, a youth advocacy group dedicated to tackling the climate crisis, have been taking part in a “Generation on Fire” march for the past five weeks. The marchers walked to San Francisco from Paradise, California, where the Camp Fire in 2018 displaced almost 50,000 people and burned nearly 19,000 structures, making it the most destructive wildfire in California history. On Monday, they walked across the Golden Gate Bridge to Sen. Dianne Feinstein and Speaker Nancy Pelosi’s offices to deliver dozens of letters from residents of Paradise. Sunrise members also marched in the Gulf Coast from New Orleans to Houston, where an active hurricane season is expected and forecasters predict a tropical storm may hit in the coming days.

The Sunrise marchers hope their journey will bring attention to climate-disaster survivors like Diaz—and they’re also hoping to use the marches to publicize a central policy goal: They want the Biden administration to create a civilian climate corps that they say would bring jobs to communities disproportionately harmed by the climate crisis. The Sunrise activists are backing a plan proposed by Sen. Ed Markey (D-Mass.) that calls for employing 1.5 million Americans in five years to work on clean energy, conservation, and environmental remediation.

15 miles left. We’ve grown in people, and in power.

Join us for our final day: https://t.co/ULvSu6Ge0H

Tomorrow. Golden Gate Bridge. Our fully mobilized movement will bring our demand of a #CivilianClimateCorps to @SpeakerPelosi and @SenFeinstein pic.twitter.com/9zc4KkpeVf

In Paradise, the Sunrise activists met with community members affected by the Camp Fire. Marcher Maricruz Ramirez, who has walked 266 miles in the past five weeks, told me, “I talked to people who lost everything in those fires and want support from our politicians.”

Some of the activists Ramirez has walked with are from Sonoma County, where locals must prepare for sudden evacuations. And Ramirez herself is from Bakersfield, where she worries fires could have an adverse impact on residents’ health. “Whenever there are wildfires from other areas of California, that smoke eventually drifts to us,” she said.

The fallout from wildfires continues to affect Diaz as well. When we talked in early June, she was returning a trailer that the local Karuk tribe had provided. Her family will soon move into a new house—without the many belongings they lost in the fire. Still, Diaz is grateful that her neighbors warned them.

“If they didn’t come and make a point for us to roll out of bed and have a conversation, then it would have burned all of us, because we were sleeping,” Diaz said. “I’m thankful for that.”