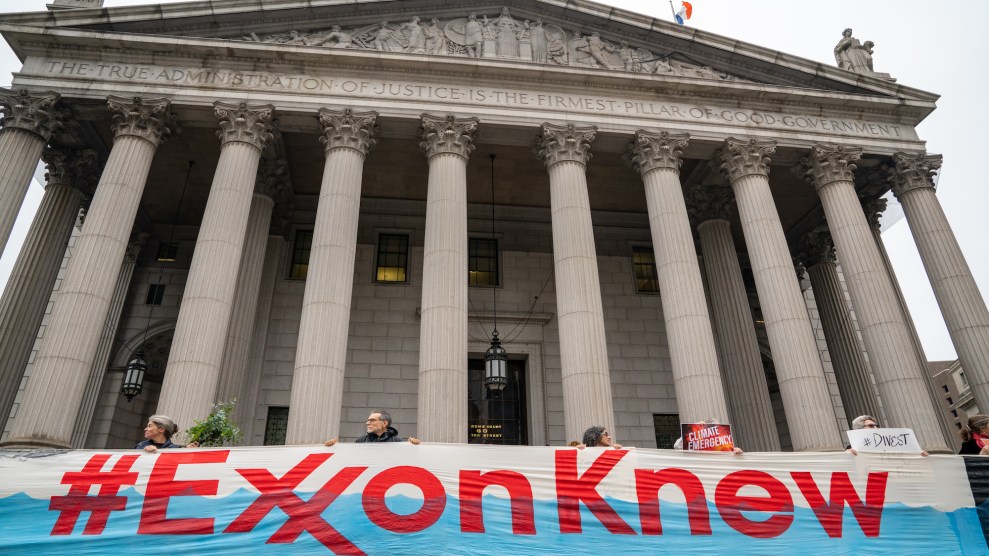 The activist hedge fund behind ExxonMobil’s boardroom coup last week has claimed another seat from the oil giant’s board, taking the number of new directors pushing for climate action from within the company to three.

The result of the shareholder vote has installed the hedge fund, named Engine No. 1 after a San Francisco fire station, as a reluctant hero of the climate movement. But its founders insist that the green agenda is not the primary motive behind its battle to drive down the oil giant’s carbon emissions. A strong climate strategy, they say, just makes good business sense. “This debate should not be ideological,” Chris James, the founder of Engine No. 1, said. “When companies think about their impacts, whether they are on communities or the environment, it brings a lot of common sense back to capitalism.”

It has taken less than five months for tiny Engine No. 1 to succeed where many big-name climate campaigners and green investors have failed, forcing one of the world’s biggest climate polluters to confront the existential threat of the climate crisis. The investment fund has just a 0.02 percent stake in Exxon but staged the first major rebellion against Exxon at the company’s annual shareholder meeting last week by galvanizing the support of the biggest investors in the world behind its plan to oust Exxon’s board members in favor of handpicked candidates seeking to transform it.

But unlike the campaigns that forced Chevron and Shell to cut their carbon emissions, Engine No. 1 puts profits first. James said that environmental impact is just one consideration his firm uses to allocate its time and capital and that ultimately the aim is to create wealth. “Fossil fuels have big negative impacts,” he says. “We take a long-term view to value creation, which means taking these externalities into account. There’s an intrinsic link.”

His strategy is to find companies falling short of their potential and then press for changes to increase their market value. The fund has just 22 employees and $240 million of funds under management.

Exxon was the first target, and the fund set out to replace four board members with directors who have “experience in successful and profitable energy industry transformations” that can help to turn the challenge of the climate crisis “into a long-term business plan, not talking point.”

The three directors shown the door were big business names: former MetLife insurance boss Steven Kandarian; former IBM boss Samuel Palmisano; and Wan Zulkiflee, a former boss of Malaysian state oil group Petronas, who joined the Exxon board this year. Engine No. 1 is now reportedly preparing to raise more funds to test its mettle beyond waging a war on the polluting energy industry.

Industry commentators believe their success proves that the world’s biggest investors are finally aligned with climate campaigners in accepting that sustainability is essential not only for the planet but for the future of major companies too. The architect of the rebellion, Charlie Penner, a former partner at the activist fund Jana before joining Engine No. 1, said it had convinced Exxon shareholders they’d be better off with “more dynamic strategic planning, better long-term risk management, more disciplined capital allocation and, most importantly, directors with track records of looking profitably around corners in energy.”

The road to a low-carbon future will be particularly steep for Exxon. The oil giant is one of the world’s biggest contributors to the climate crisis and pumps about 4 million barrels of oil every day. Exxon was once the biggest listed company in the world, with a market value of $520 billion before the financial crash in 2008. Since then its worth has shrunk to about $234 billion. In the days leading up to the shareholder vote at the end of May, it emerged that BlackRock, the world’s biggest asset manager with $9 trillion under management and one of Exxon’s largest shareholders, would also side with the insurgents at Engine No. 1. Then Vanguard Group, a $7 trillion investment adviser and Exxon’s largest shareholder, fell into line with $3 trillion State Street, which is Exxon’s third largest investor. They both voted to oust two of Exxon directors in favor of Engine No. 1’s candidates.