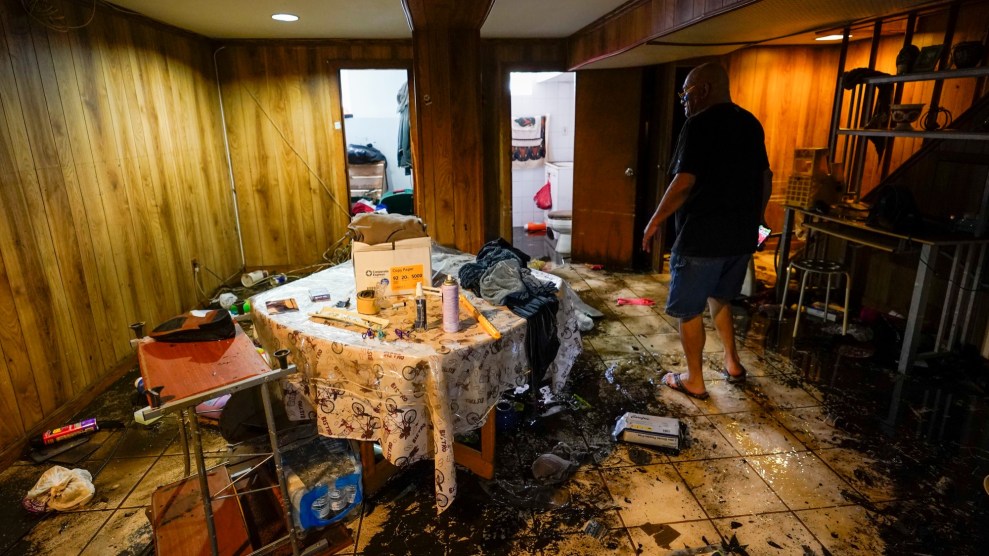 This week, Hurricane Ida slammed into southeast Louisiana as a dangerous Category 4 storm with 150 mph winds, life-threatening storm surges, and flooding rains. After devastating towns and cities in the region and leaving more than 1 million people without electricity, the powerful storm headed north, leaving a trail of destruction from the Gulf through the Mid-Atlantic and the Northeast—a crucial reminder that the climate crisis is here and it isn’t limited to hurricane-prone areas.

Even though the storm made landfall in Louisiana, a majority of the deaths occurred Wednesday night in the Northeast, when the storm made its way up the coast with torrential rainfall and multiple tornadoes. The death toll was highest in New Jersey, where 25 people died—most of them submerged in their vehicles. Five people lost their lives in Pennsylvania, and one person was killed in Maryland. So far, 13 people have died in New York, where the housing crisis and the climate one collided with destructive consequences.

According to officials, 11 people died in Queens and Brooklyn, including a 2-year-old boy and an 86-year-old woman. Residents described hearing people in basement apartments screaming for help, but no one could reach them in time because of the cascade of water inundating the apartments.

Their deaths highlight the inherent danger of living in an illegal basement apartment in low-lying areas. A lot has been written about the shadowy world of unlicensed basement apartments, where low-income families cram into small, damp spaces because they can’t afford anything else. They often only have one way out—an especially perilous situation when it comes to fires or floods. It’s now clear that with the climate crisis, the network of affordable but dangerous basement dwellings is not sustainable.

According to the New York Times, no official count of these basements exist, but estimates are in the tens of thousands. Why would people choose to live in such awful conditions? Much of New York City has become unaffordable for the most vulnerable among us. The average rent in the city is more than $2,000 a month. Illegal basements can cost as little as $500. A pilot program created to address dangerous basement apartments was shelved after Mayor Bill de Blasio took away the vast majority of its funding. Legislation introduced by state Assembly member Harvey Epstein and state Sen. Pete Harckham to combat the problem is also on hold. “I believe that if our legislation was the law, many of those units could have been legalized,” Epstein told The City, “and we could have prevented the loss of life.”