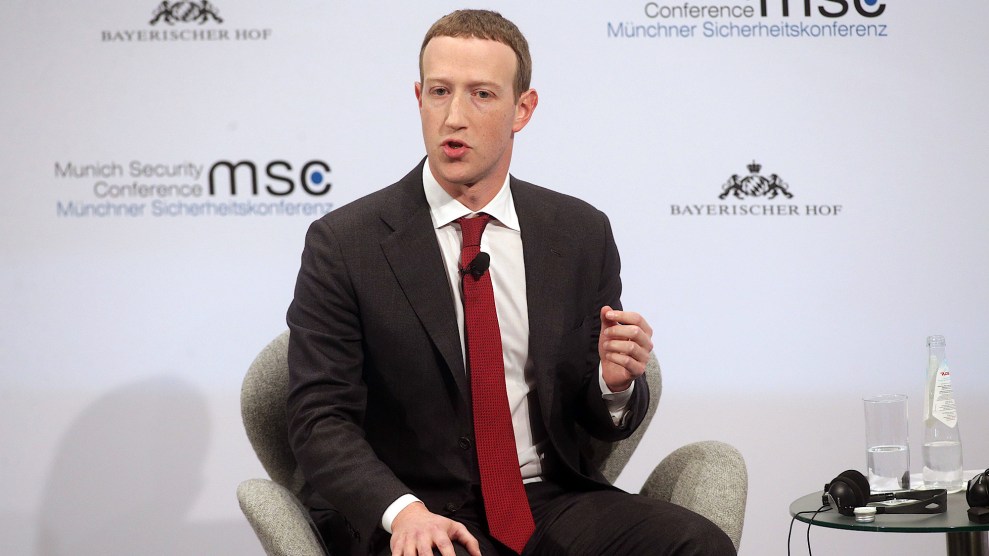 Facebook has announced new efforts to combat climate crisis misinformation on its platform, including by expanding its climate science center to provide more reliable information, investing in organizations that fight misinformation, and launching a video series to highlight young climate advocates on Facebook and Instagram.

But critics say the new push, announced on Thursday, falls short and will allow vast amounts of climate misinformation to slip through the cracks.

Facebook has long been criticized for allowing misinformation about the climate crisis to proliferate on its platform. Mark Zuckerberg, the CEO, admitted in a 2021 April congressional hearing that climate misinformation is “a big issue.” In the past, the company has said such misinformation accounts for “a very low percentage of total misinformation on the service” but declined to share figures.

Climate change and misinformation experts have said lies on the platform can spread quickly. The climate denial watchdog group InfluenceMap in October 2020 found dozens of climate denial ads had been viewed more than 8m times after slipping through the social network’s filters.

Almost all of the climate misinformation about the 2021 power outages in Texas went unchecked, one study found.

In March 2021, 13 environmental groups, including the Union of Concerned Scientists and Greenpeace, sent Zuckerberg a letter calling on him to commit to monitoring climate disinformation and provide more transparency about the scale of the problem.

“Climate change disinformation is spreading rapidly across Facebook’s social media platform, threatening the ability of citizens and policymakers to fight the climate crisis,” the groups wrote.

One recent study conducted by Friends of the Earth, an environmental organization, found about 99 percent of climate misinformation about the February 2021 power outages in Texas went unchecked.

The study found misleading reports that wind turbines were at fault in the outage had run rampant on the social media platform. It also showed how such theories make their way from the fringes of Facebook to the mainstream, finding that though the windmill claim was debunked on local and major news outlets, the falsehoods became talking points for prominent politicians within four days.

Facebook has rejected the study’s findings, calling its characterization “misleading.” A spokesman said Facebook had flagged dozens of inaccurate posts at that time and limited their distribution in newsfeeds. “Many of the examples in the report cited as not having labels are simply positions that the organization disagrees with,” the spokesman said.

But Michael Khoo, co-chair of the climate disinformation coalition for Friends of the Earth, argues that the data “shows that Facebook and other tech platforms must take far stronger action to limit the super-spreaders, and not put the burden on ordinary users.”

While the study focused on the Texas incident in particular, Khoo said it underscored a broader issue of Facebook not policing climate misinformation strongly enough.

“We cannot solve social media disinformation by playing an endless game of Whac-a-Mole with known liars.”

Past studies have revealed other climate crisis-denying posts and resources outpacing accurate information on the platform. In June 2021, one of the most-viewed sites on Facebook was a subscription page for the Epoch Times, a far-right newspaper known for climate denial.

“Facebook knows the super-spreaders of climate disinformation and should put an end to their repetitive lies,” Khoo added. “We cannot solve social media disinformation by playing an endless game of Whac-a-Mole with known liars.”

Facebook has been criticized recently for the outsized role of “super-spreaders” in sharing disinformation on a variety of topics. In July, Joe Biden referenced a study showing just a handful of Facebook accounts were responsible for pushing the majority of vaccine misinformation on the platform. The president accused Facebook of causing unnecessary deaths.

Facebook in March 2021 began to automatically label posts regarding the climate crisis with facts from its climate science information center, which it is expanding amid the measures announced on Thursday. Through the center, Facebook said, it connected people to “authoritative and up-to-date information about climate change.”

The features announced on Thursday, Facebook said, would further reduce misinformation on the platform. Khoo, of Friends of the Earth, argued Facebook could do far more. “For a company that makes $85 billion a year, a $1 million program that outsources the problem they’ve created shows that Facebook is not serious about solving climate disinformation,” he said.

Evan Greer, deputy director at the digital rights organization Fight for the Future, said that Facebook faced other critiques when it comes to combating climate misinformation, noting that the platform had been accused of suppressing posts and information from reliable organizations in the field.

In 2020 July, a prominent climate scientist said the platform was restricting her ability to research and factcheck posts containing climate misinformation. The company reportedly flagged the posts the scientist’s posts as “political.”