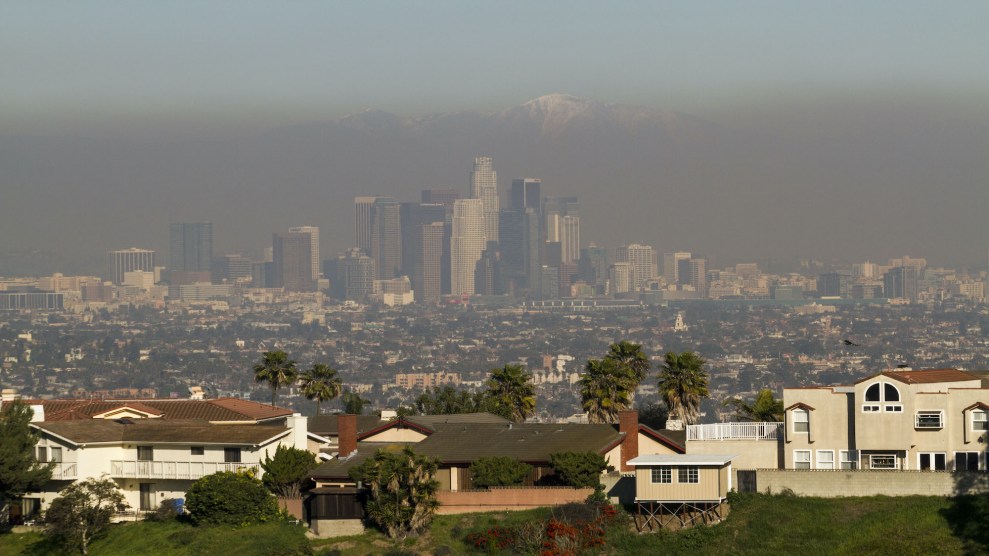 Governments around the world gave 20 percent more in overseas aid funding to fossil fuel projects in 2019 and 2020 than to programs to cut the air pollution they cause.

Dirty air is the world’s biggest environmental killer, responsible for at least four million early deaths a year. But just 1 percent of global development aid is used to tackle this crisis, according to an analysis from the Clean Air Fund (CAF).

“Air pollution is a massive health crisis,” and spending to reduce it can have the added benefit of helping to curb climate change.

Funding for air quality projects is also heavily skewed towards middle-income Asian countries, with African and Latin American nations receiving just 15 percent of the total, despite having many heavily polluted cities. For example, Mongolia, which had an estimated 2,260 deaths related to air pollution in 2019, received $437 million from 2015-2020, while Nigeria, which had 70,150 early deaths because of air pollution received just $250,000.

Jane Burston, at CAF described the situation as “crazy and shocking,” adding: “When you see the incredibly and chronically low levels of funding on the one hand, and the chronically high levels of public health impacts on the other, it becomes quite obvious that more funding is needed.”

“Air pollution is a massive health crisis, but a lot of the projects that would reduce pollution also help limit climate change, because they’re about reducing fossil fuel burning. There can be massive wins for equity too, because the poorest communities are often the most affected by air pollution, wherever you are in the world.”

Inger Andersen, the head of the UN Environment Programme (Unep), said air quality funding did not match the scale of the problem: “Our relentless burning of fossil fuels pollutes our air, costing the global economy billions of dollars each year. Ending the financing of fossil-fuel development and instead investing in growing clean, carbon-free economies will bring immediate benefits. It will save many lives.”

The CAF report included funding for both projects in which improving air quality was a stated objective, and projects in which air pollution was cut as a benefit of other action such as installing renewable energy or clean transport initiatives, including better urban buses in Peru. Most of the aid funding for fossil fuels was for power plants, including the Medupi coal-powered plant in South Africa.

African and Latin American nations have more than 500,000 deaths a year because of air pollution.

Almost $6 billion in aid was given to air quality programs from 2015-2020, with 45 percent going to China, which has cut air pollution by 29 percent in the last seven years. Mongolia, the Philippines and Pakistan were the next biggest recipients. India, with more than 1m early deaths from air pollution a year, was eighth.

African and Latin American nations have more than 500,000 deaths a year because of air pollution, and that number is rising. But they receive just 5 percent and 10 percent of aid funding respectively, the report found. “Africa is where pollution is most likely to grow, because of rapid urbanization, so there’s a huge opportunity there to tackle air pollution before it gets horrifically bad,” said Burston.

“We’re not saying malnutrition, water and sanitation, and HIV/Aids projects should get less money. Deaths from these are absolutely dropping off as a consequence of large amounts of funding being spent well, but air pollution just isn’t on the same scale at all.”

Rosamund Adoo-Kissi-Debrah, a World Health Organization advocate for health and air quality, said: “Filthy air is killing millions of people around the world every year.” Her daughter Ella Kissi-Debrah died in 2013, aged 9, with air pollution officially blamed. “My daughter’s case has helped raise awareness of these devastating impacts,” she said. “But campaigners can’t do it alone. Aid donors play a critical role by providing the support-base which sustains the fight for clean air.”

A separate report from the Unep found that one-third of the world’s countries have no legal limits in air pollution and that, in those nations that do, the limits are often weaker than WHO guidelines.

Another analysis estimates that nearly 12,000 people have died early in Europe because of breaches of legal pollution limits in Serbia, Kosovo, Bosnia and Herzegovina, North Macedonia, and Montenegro. It found that the western Balkans’ 18 coal-fired power stations emitted two-and-half times more sulphur dioxide than all 221 coal plants in the EU combined.