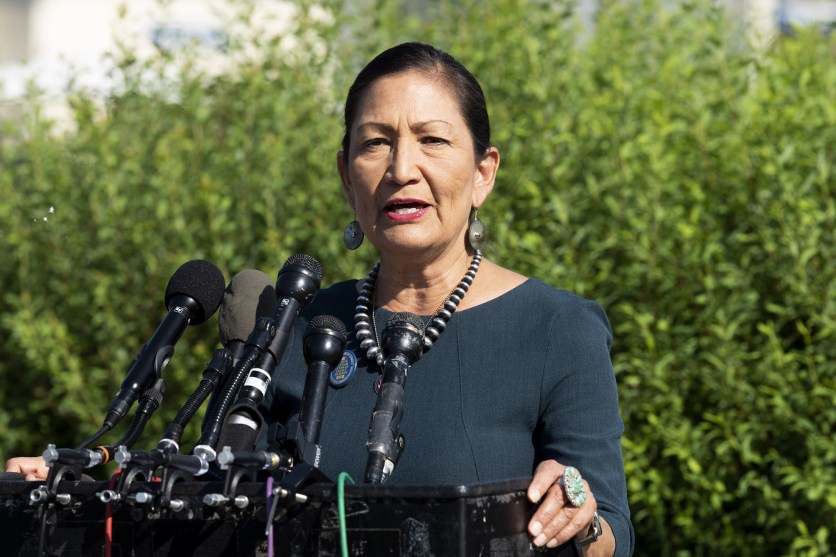 The Biden administration will relocate the headquarters of the federal Bureau of Land Management back to Washington, DC, as part of a broader effort to “rebuild and strengthen” the agency after years of “upheaval” under President Donald Trump, the Interior Department announced Friday.

The Trump administration made a big to-do of moving BLM’s headquarters to Grand Junction, Colorado, in 2019, arguing that the agency in charge of overseeing vast swaths of public lands should be based out west, where the majority of those federal acres are located. The move, which resulted in nearly 300 employees resigning or taking early retirement, was part of what many saw as an effort to force out federal workers.

In fact, Trump’s budget director, Mick Mulvaney, as much as admitted it. Relocations are “a wonderful way to sort of streamline government,” Mulvaney said at a 2019 Republican gala in South Carolina, referring to the decision to uproot D.C.-based Agriculture Department employees and move them to the Kansas City area. “It’s really, really hard to drain the swamp, but we’re working at it.”

The Bureau of Land Management oversees some 245 million acres of public land—more than 10% of the entire U.S. landmass, and one-third of all federal land—and 700 million subsurface mineral acres. Even before the Trump administration moved the agency’s headquarters, the vast majority of BLM staff were positioned in the West.

Now, Interior has announced a sort of hybrid approach that will involve restoring BLM’s national headquarters to the nation’s capital while maintaining a “Western headquarters” in Grand Junction, in order to “reinforce western perspectives in decision-making.”

“There’s no doubt that the BLM should have a leadership presence in Washington.”

“The Bureau of Land Management is critical to the nation’s efforts to address the climate crisis, expand public access to our public lands, and preserve our nation’s shared outdoor heritage,” Interior Secretary Deb Haaland said Friday in a statement. “There’s no doubt that the BLM should have a leadership presence in Washington, DC―like all the other land management agencies—to ensure that it has access to the policy, budget, and decision-making levers to best carry out its mission. In addition, the BLM’s robust presence in Colorado and across the West will continue to grow.”

Haaland traveled to Grand Junction in July, where she met with local, state and tribal leaders about the issue. Friday’s news prompted mixed reactions from Colorado lawmakers. “While I am disappointed that the national headquarters will be in Washington, I believe establishing and growing a permanent BLM Western Headquarters in Grand Junction should be a very positive development,” Sen. Michael Bennet (D-Colo.) said in a statement.

The Interior Department said Friday that BLM’s relocation failed to create the jobs the Trump administration promised. More than 87 percent of affected staff left the bureau following the Trump relocation announcement. Of the 41 employees who did move, only three landed in Grand Junction, according to Interior.

Jennifer Rokala, executive director of the Center for Western Priorities, said Haaland’s effort is a “first step in fixing the extensive damage the Trump administration wreaked on the Bureau of Land Management.”

“It’s clear that moving the agency’s headquarters out of Washington, DC, was meant to force out career employees and hollow out its leadership,” Rokala said in a statement. “The Bureau of Land Management oversees one-tenth of all lands in the United States, and the American people deserve an agency with a seat at the table when important decisions are being made in Washington. This move will help the agency rebuild and ensure that top Bureau of Land Management officials can bring their concerns directly to lawmakers, Interior Department leadership, and the White House.”