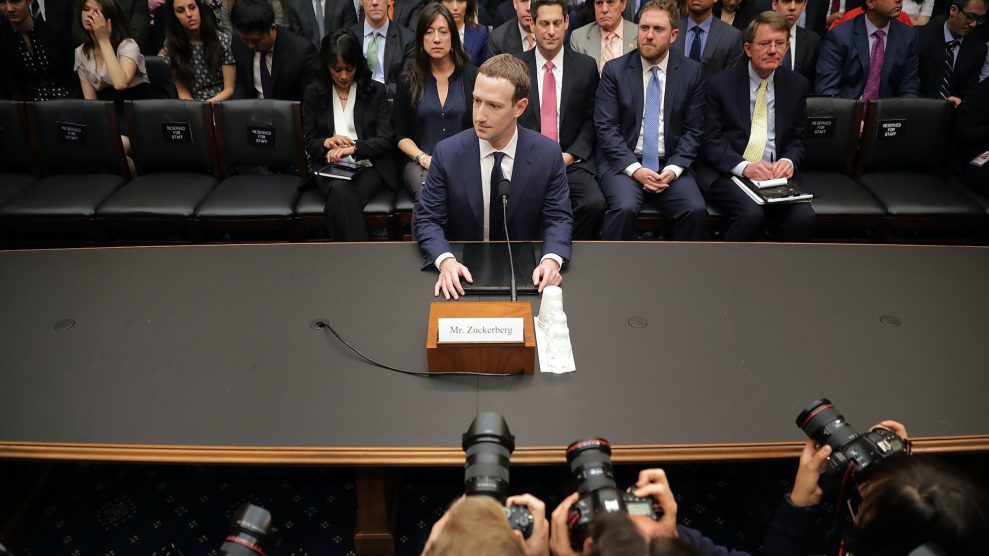 Misinformation about the climate crisis runs rampant on Facebook, a new study has found, and comes mostly from a handful of “super polluter” publishers.

Ten publishers are responsible for 69 percent of digital climate change denial content on Facebook, a new study from the Center for Countering Digital Hate (CCDH) has found. The outlets, which the report labels the “toxic ten,” include several conservative websites in the US, as well as Russian state media.

The Center for Countering Digital Hate used NewsWhip, a social media analytics tool, to analyze 6,983 climate crisis denial articles that were featured in Facebook posts in the last year.

The articles included condemnations of the “cult of ‘climate change’” whose “worship” risks people’s future or told readers not to “worry too much about CO2 baking the planet.” Together, the posts raked up 709,057 interactions.

Facebook strongly rejected the study in a statement, with a spokesman saying the analysis from CCDH “uses a flawed methodology designed to mislead people about the scale of climate misinformation on Facebook.”

“Facebook and other social media companies make money when they send users down rabbit holes of climate denial.”

He added that the 700,000 interactions mentioned in the report on climate denial represent 0.3 percent of the over 200 million interactions on public English-language climate change content from pages and public groups over the same time period. “We continue to combat climate misinformation by reducing the distribution of anything rated false or misleading by one of our factchecking partners and rejecting any ads that have been debunked,” he said.

Tuesday’s study echoes past research on what has come to be known as the “Dirty Dozen”—a group of accounts responsible for the vast majority of COVID-19 misinformation circulating on social media. It underscores just how much of an impact a small number of widely read websites can have in the algorithm-driven Facebook ecosystem, said the US senator Sheldon Whitehouse. “Facebook and other social media companies make money when they send users down rabbit holes of climate denial,” he said. “That’s a very dangerous business model for the future of the planet.”

In 2020, Facebook launched a Climate Change Science Center, which contains factual data from credible sources on the climate crisis to counteract the spread of misinformation on its platforms. It also adds informational labels to some posts about the climate crisis, which direct users to the center. A spokesman for Facebook said it received more than 100,000 visitors each day.

That resource was previously targeted primarily at US users, but on Monday, the company announced it was expanding its Climate Change Science Center to more than 100 countries, labeling posts for the first time in Belgium, Brazil, India, Indonesia, Mexico, the Netherlands, Spain, and Taiwan.

But the study’s authors are asking the social media platform to go much further. They called on Facebook to stop taking payment from the publications to promote their content and to label misinformation about the climate crisis on a larger number of posts. The study found that 92 percent of the most popular articles examined did not have a label about climate crisis misinformation.

CCDH also called on Google to remove eight of the 10 publications using Google Ads to profit from their climate crisis denial content. The researchers determined those eight publications earned an estimated $3.6 million through Google Ads in the last six months.

Imran Ahmed, chief executive of the Center for Countering Digital Hate, argued that the “bad faith misinformation” pushed by the 10 websites is designed to undermine social media users’ confidence in science. By not acting more forcefully, Ahmed said, “big tech is once again on the wrong side of science, truth and human progress.”

The websites named in the study did not immediately respond to requests for comment.