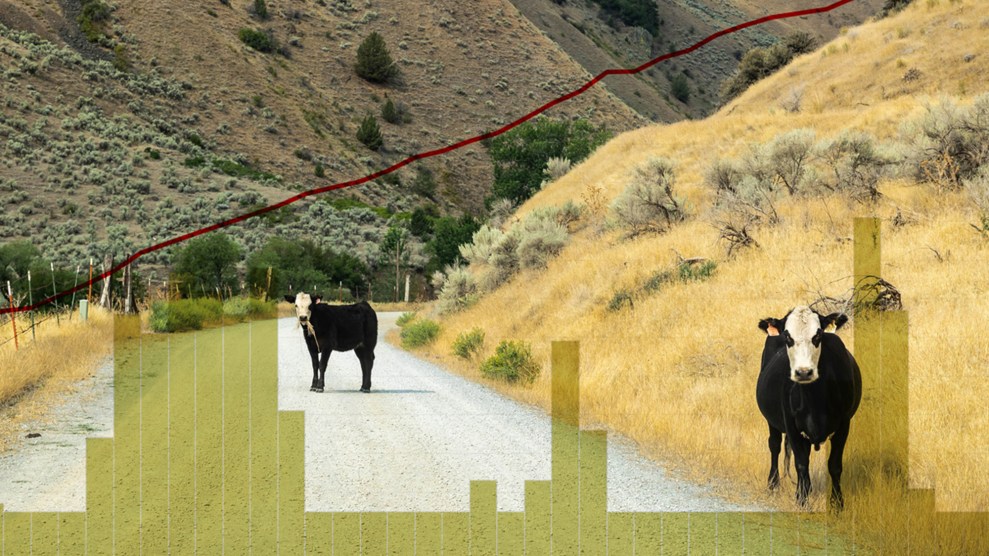 Inflation may be at a 40-year high, but the cost of grazing livestock on public lands is lower today than it was 40 years ago. Last week, the Bureau of Land Management and Forest Service announced the latest federal rate: just $1.35. Adjusted for inflation, ranchers paid more than five times as much in 1981.

Grazing fees dictate the price per “animal unit”—one cow and calf, one horse or five sheep—per month. This year’s rate, $1.35 per animal unit, is the same as it has been since 2019, when the Trump’s administration lowered it from $1.41. The fees apply to roughly 18,000 BLM grazing permits and leases and 6,250 Forest Service permits; income is funneled to range land betterment funds, the US Treasury, and the states where the grazing occurs.

The formula used to calculate fees, implemented by the 1978 Public Rangelands Improvement Act, includes private grazing land lease rates, beef cattle prices, and the cost of livestock production, which is driven by things like gas and equipment. Right now, grazing costs are as low as they can possibly be: A 1986 executive order from President Ronald Reagan prevents the fees from dropping below $1.35. Under current law, grazing fees cannot increase or decrease by more than 25 percent each year. Since 1981, the fees, unadjusted for inflation, have ranged from $1.35 to $2.31, with an average of $1.55.

Grazing fee reform is occasionally considered by Congress and has been proposed by past presidents, but to no avail. An Obama administration proposal in 2015 would have boosted fees to $2.50 in an attempt to close the gap between how much money grazing fees bring and the cost of maintaining rangeland. Conservationists say the fees are far too low given the ecological consequences of livestock grazing, while many ranchers oppose any increase to their operating expenses.

The stagnation of fees for grazing on public lands contrasts with the fast-rising cost of other goods and services. According to the Labor Department, consumer prices increased 7 percent from December 2020 through December 2021, the largest year-over-year inflation since 1982. Core inflation, which excludes often-volatile energy and food prices, rose 5.5 percent over the past year, the most rapid increase since 1991.