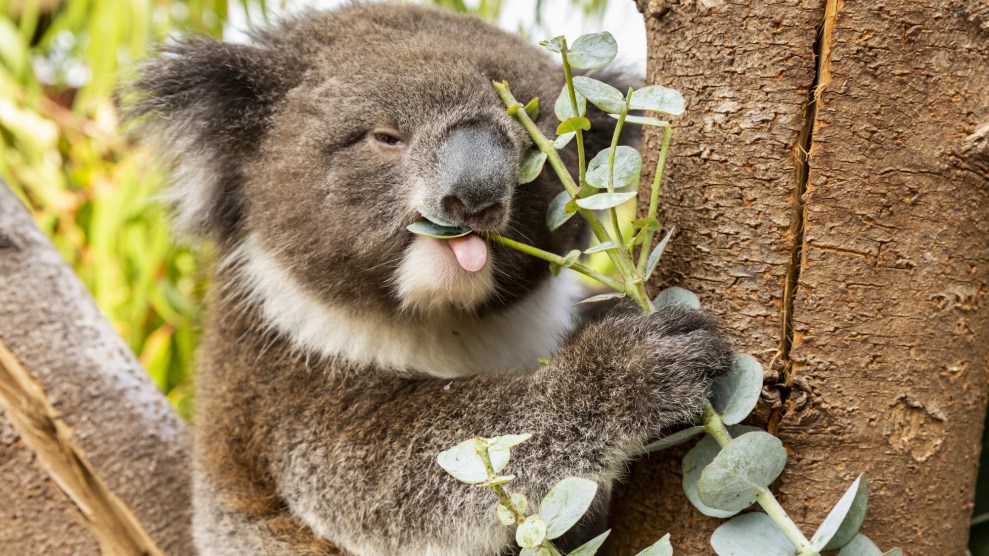 A plan to build up to 73,000 houses in new suburbs in western Sydney relies on conservation promises that might not be delivered until decades into the future, environment groups say.

The New South Wales government recently approved the Cumberland Plain conservation plan, a major planning policy that will guide the development of four new urban growth areas from Penrith to Wilton, including the western Sydney Aerotropolis. But critics say it will turn the already overcleared Cumberland Plain into a “sea of roofs, concrete and asphalt” and destroy critically endangered habitat for Sydney’s last koala populations.

“It seeks to authorize the destruction of some of our most threatened animal and plant communities now, for promised but unproven future environmental gains,” Nicola Beynon, the head of campaigns at Humane Society International Australia, said. “The Cumberland Plain conservation plan demonstrates the flaws in our current environmental laws.”

The plan acknowledges that offset targets may be difficult to meet, and acquiring and protecting the necessary land could take 15 to 20 years.

The National Parks Association of NSW is calling on the federal environment and water minister, Tanya Plibersek, to reject the “deeply flawed” plan, which would see 11,000 hectares (27,000 acres) of land developed for new housing and roads up to 2056. It proposes clearing 1,754 hectares of native woodlands and grasslands, including critically endangered Cumberland Plain woodland and shale sandstone transition forest. Beynon said that if approved, the plan would allow for the destruction of more than 500 hectares of critically endangered habitat.

The plan has been designed at a landscape or regional scale, which means it aims to consider the cumulative environmental impact of 35 years of proposed development over a large area. It does this by designating so-called “urban capable” areas for housing estates and roads, while designating high-quality bushland and nature corridors as conservation land.

The process adopted by the Perrottet government gives upfront environmental approval under the state’s laws to developers that plan to clear land in the urban zones. The plan is still being assessed at a federal level and if approved would also grant federal environmental approvals upfront. However, environment groups are concerned the conservation components of the plan meant to offset the clearing of critically endangered ecosystems will take, in some cases, two decades or more to deliver.

The government proposes compensating for the environmental damage through a combination of new reserves, purchase of biodiversity credits and other measures such as revegetation to meet an offset requirement of about 13,200 acres. It also plans to build more than 100 kilometers of exclusion fencing to protect koalas—which would require negotiation with hundreds of landholders.

The reserves will include up to about 4,520 acres for a new Georges River koala reserve as well as two other reserves the government describes as being “under investigation.” The plan itself notes that some of the offset targets might be difficult to meet and that while early work to acquire the necessary land for the new parks is under way, the process of acquiring all of the necessary land and protecting it could take 15 to 20 years to complete.

In 2020, an audit of a similar process that was used to develop new housing in Melbourne found that promised conservation reserves had not been delivered and similar concerns have been raised about conservation commitments for past suburb developments in Sydney.

The NSW audit office has published a scathing review of the state’s biodiversity offset scheme, finding it was ineffective and there was an undersupply of offset credits for the habitats and species most under pressure.

Gary Dunnett, the chief executive officer of the National Parks Association of NSW, said the plan was ambiguous in its conservation commitments and deferred genuine action to protect high-value areas for decades. “When you look into the detail, two of (the reserves) are nothing more than a nod towards investigating the possibility of creating additional parks at some unspecified point in the future,” he said. “Far from creating national parks, this plan expects us to have confidence in a vague gesture towards notional parks.”