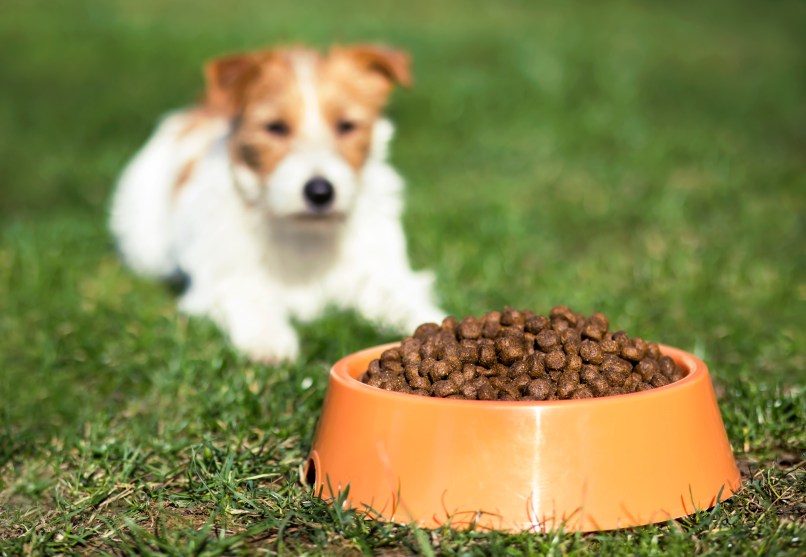 The analysis found that a wet food diet for a typical dog resulted in an “ecological pawprint” for the animal that was the same as for its human owner. There are estimated to be 840 million cats and dogs in the world and, with numbers rising, the impact on the environment of feeding them is under increasing scrutiny.

Pet food is usually based on meat, which has by far the heaviest environmental footprint of all foods. The researchers, based in Brazil, analyzed 618 different diets for dogs and 320 for cats, ranging from wet food in cans and pouches to dry biscuits and kibble. The diets were those provided by three major Brazilian pet food retailers, although a few homemade diets were assessed, too.

One US study suggested that dog food accounts for about a quarter of the environmental impact of meat production.

The environmental impacts of the ingredients of each diet was evaluated, including greenhouse gas emissions, land and water usage, and chemical pollution such as from manure. Wet diets had the greatest environmental impact for all factors, the dry diets the least, and homemade diets lay in between. A key reason was that 90 percent of the calories in the wet diets came from animal ingredients, compared with 45 percent in the dry diets.

The research, published in the journal Scientific Reports, found that a 22 pound dog eating about 500 calories a day of dry food would result in nearly a ton of CO2 emissions a year, but more than seven tons of CO2 a year when fed a wet diet—and almost as much as the average Brazilian citizen. The study also noted that there are estimated to be more dogs in Brazil than children.

Previous research in Japan also found that the ecological pawprint of a dog can be similar to that of a Japanese citizen, while in the US a study suggested dog food was responsible for about a quarter of the entire impact of meat production.

Some pet food uses offal, bone meal, and blood that would not be eaten by humans, potentially making it a relatively efficient use of byproducts. But in Brazil, only about 13 percent of animal byproducts were used to make pet food, the study said.

The scientists suggested pet food could be made greener by using alternative proteins such as insects. The CO2 emissions from insect production can be 10 times lower than for regular meat. The researchers also said cutting the provision of protein and fat would help, as all the diets analyzed provided more of both than is recommended for dogs and cats.

Plant proteins have very low environmental impact compared to those from meat and a study published in April found that vegan diets were healthier and safer for dogs, as long as they were nutritionally complete.