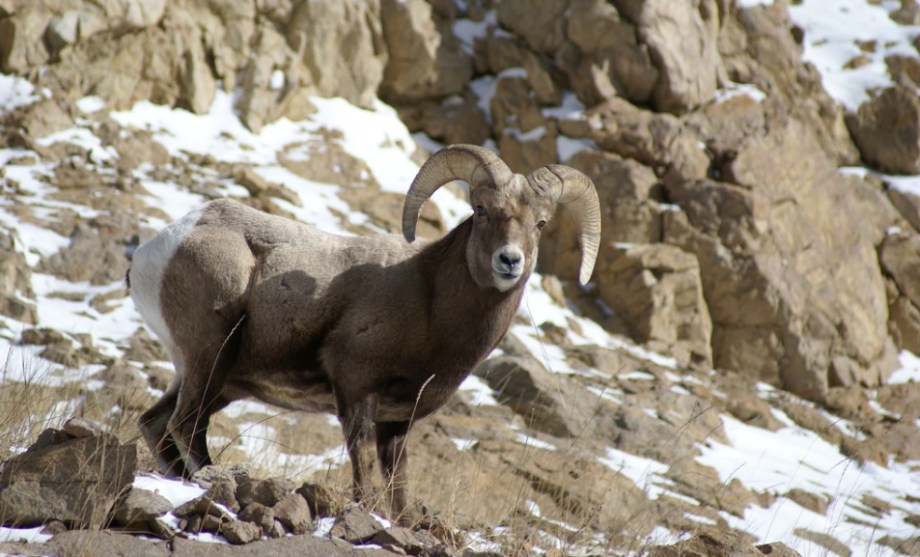 These are rough times for the world’s wildlife and its habitat. The latest Living Planet Index shows that over the last couple of decades the number of North American vertebrate species and their populations are in decline. And according to State of the Birds 2022, our feathered friends aren’t faring so well, either: Tipping point species such as the once-abundant piñon jay and rufous hummingbird have lost half of their Western populations since the 1970s, mostly thanks to habitat loss.

Of the many troubled species, perhaps one of the most beleaguered in the West is the bighorn sheep. Their numbers have declined substantially over the past century and a half, as they’ve succumbed to disease, hunting, dried-up watering holes, backcountry recreation and…affordable housing?

It’s beginning to look that way.

Vail Resorts wants to build workforce-housing in the upscale Colorado ski town. But there’s one problem: The five-acre parcel happens to be on the edge of the local bighorn herd’s winter range. Concerned residents have teamed up with the town of Vail to block the development in the name of the herd, sparking a years-long battle that is now headed for court. And so it is that two of the Mountain West’s most hard-pressed species—the bighorn, whose habitat has been industrialized, and the service worker who can’t afford a home—are unwittingly pitted against one another.

Rocky Mountain bighorns and their slightly smaller desert cousins once may have numbered in the millions in the Interior West, from the high Tetons to the lowlands of Death Valley to the crinkled landscape that is now Canyonlands National Park. They and their distinctive horns are ubiquitous in Indigenous rock art panels. Archaeologists excavating Fremont and Ancestral Puebloan sites in Utah’s Glen Canyon before it was drowned by Lake Powell found seven times more bighorn bones than those of deer.

The Vail Bighorn Sheep Initiative, argues the development could push the sheep out of their severe-winter foraging ground, starving the herd.

But colonization, along with an invasion of rifles, livestock and extractive ways, killed off entire herds, both intentionally, via hunting—the rams’ heads made impressive trophies—and unintentionally, by way of domestic sheep grazing spreading disease to their wild cousins. In the 1930s, geologist Fritiof Fryxell observed huge flocks of domestic sheep in the Grand Tetons of Wyoming, where “they leisurely fatten, moving through the flowery alpine meadows like a blight that destroys all in its path,” including the summer range of deer, elk and bighorn. “Better than any other animals, the bighorns typify the Tetons,” Fryxell concluded grimly, “yet they must inevitably soon disappear unless steps are taken to exclude their domestic brethren” from the range.

Then came the barbed-wire fences and highways, housing and energy developments and ski slopes, fragmenting habitat and cutting off migratory routes. More than a century of aggressive fire-suppression has allowed forests to displace forage. As if that weren’t all bad enough, bighorn must also compete with mountain goats—which are not native to Colorado, Utah and Wyoming—and a recent study found that the goats usually win. And finally, the human descendants of the domesticated sheep—outdoor recreationists—encroach further into the backcountry in search of fresh powder, solitude or an adrenalin fix. Even so-called quiet recreation can stress out bighorns, pushing them to avoid places frequented by human hikers, skiers or mountain bikers.

There are just about 20,000 bighorns left in the US. They are separated into genetically isolated herds that are having a tougher and tougher time finding good, quiet breeding and foraging grounds, and unobstructed migratory paths. Wildlife agencies have stepped in to help, removing non-native mountain goats from bighorn habitat, launching reintroduction programs and controversially proposing limits to backcountry recreation in winter ranges.

In spite of these efforts, Colorado bighorn numbers have been on the decline over the last two decades. The Gore Range herd, which is endemic to the Vail area, had about 100 sheep in 2005, but that number has fallen to around 50 now. While the herd has ample room to roam in the summer, its low-elevation winter range has been invaded by mansions, condos, ski runs and a busy interstate highway, leaving a relatively meagre patch of slopes and cliffs adjacent to Vail.

It’s in this patch of crucial habitat that the resort wants to build affordable housing to help ease a shortage of habitat for workers and non-millionaires in general.

All over the Western US, especially in amenity-rich, public lands gateway towns, already rising housing prices skyrocketed during the pandemic, forcing that other beleaguered species—the community’s workers—to live in cars, commute ungodly distances to relative affordability or set up camp on public lands and in wildlife habitat.

The housing crunch has been especially acute in Vail and other high-end, recreation-oriented communities. The average home in the Vail Valley will run you about $2 million these days. The most affordable property in Vail is a timeshare: two weeks a year in a condo for $295,000. Even a hefty commute won’t get you much for under a half-million bucks, and renting isn’t much better: a minuscule studio fetches about $1,800 a month. Vail Resorts—owner of several ski resorts around the West and one of the largest ski conglomerates in the world—has been having a tough time adequately staffing operations at its flagship ski area, in part because of high housing costs.

So, several years ago the company proposed to put a dent in the valley’s 6,000-unit shortfall by building 61 units, 80 percent of which would be deed restricted, on about five acres of its 23-acre property in the bighorn herd’s winter range. An environmental analysis prepared by an independent contractor found that the “paramount wildlife concern on this project is the potential for inappropriate recreational use” and dogs straying out of the development area into the bighorn’s vital habitat, but that the threat could be allayed with fencing, regulations and other mitigation measures.

Vail’s workforce housing would sit between two other high-end developments in the bighorn range, and just 200 feet from I-70.

But a study by three wildlife biologists commissioned by the town found that mitigation measures might not be enough: “Due to the already limited winter and transitional range for bighorn sheep and the relatively small number of sheep in this herd, our collective view is that finding another location for this development would offer the best mitigation for this sheep herd.” They went on to suggest their own mitigation measures, with this caveat: “…the impacts to this already struggling bighorn sheep herd as a result of this development might not be able to be mitigated.”

Nevertheless, in 2019 the Vail town council narrowly approved the plan with contingencies: The resort would put a conservation easement on 18 acres adjacent to the development in bighorn habitat, spend $100,000 on mitigation measures and alter the structures to have less impact.

But in April of this year, the town council—now with different members than in 2019—set out to block the project due to its potential impact on the bighorn herd, which the town has adopted as its own. They are backed by the new Vail Bighorn Sheep Initiative, which argues the development and associated activity could push the sheep out of their severe-winter foraging ground, starving the herd.

In a May 2022 letter to the town, Colorado Parks and Wildlife official Devin Duval encouraged the parties to find an alternative development site because if the bighorns lose access to “the specific set of biological conditions” of its already “extremely limited” winter range, “they simply won’t exist.”

Project proponents, meanwhile, say the housing is desperately needed and accuse opponents of the same strain of NIMBYism that halted planned prescribed burns intended to improve bighorn habitat in the same area a couple of decades ago. They note that the workforce housing would sit between two other high-end developments that are also in the bighorn’s range and less than 200 feet from Interstate 70, which sees tens of thousands of vehicles daily.

The town offered to buy the property for $12 million or to swap it out for other land on which Vail Resorts could build workforce housing. But the ski area behemoth turned down the offer and said an exchange would force it to scrap its plans and restart the development process from scratch, delaying construction on the project for five years or more.

So, the town pulled out the big gun: condemnation. In mid-October the town petitioned the Eagle County Court to exercise its eminent domain powers to pay a “reasonable amount” to seize the land in order to “preserve the town’s open spaces, wildlife and natural resources for the public welfare.”

That leaves the fate of the development in the hands of the court. Meanwhile, workers still struggle to find housing as another ski season commences, and the Gore Range bighorn continue to cling to existence as humanity closes in.