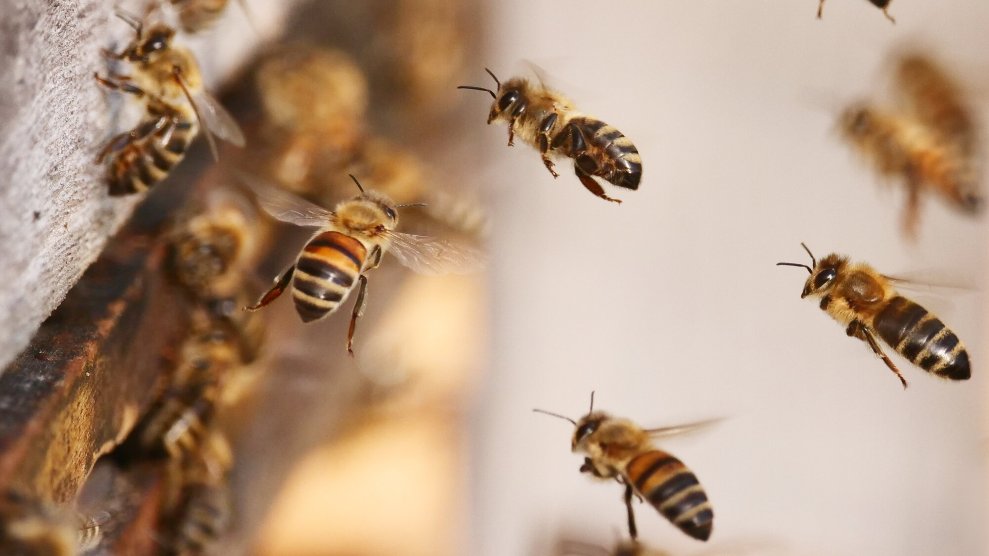 August 2022: Honey bees (Apis) fly to the entrance hole to their hive on a summer day. Wolfram Steinberg/Picture Alliance/Getty

The world’s first vaccine for honeybees has been approved for use by the US government, raising hopes of a new weapon against diseases that routinely ravage colonies that are relied upon for food pollination.

The US Department of Agriculture has granted a conditional license for a vaccine created by Dalan Animal Health, a US biotech company, to help protect honeybees from American foulbrood disease. “Our vaccine is a breakthrough in protecting honeybees,” said Annette Kleiser, Dalan’s chief executive. “We are ready to change how we care for insects, impacting food production on a global scale.”

As they have been commercialized, honeybees have been exposed to a cocktail of different diseases that lay waste to large numbers of colonies.

The vaccine, which will initially be available to commercial beekeepers, aims to curb foulbrood, a serious disease caused by the bacterium Paenibacillus larvae that can weaken and kill hives. There is currently no cure for the disease, which in parts of the US has been found in a quarter of hives, requiring beekeepers to destroy and burn any infected colonies and administer antibiotics to prevent further spread.

“It’s something that beekeepers can easily recognize because it reduces the larvae to this brown goo that has a rancid stink to it,” said Keith Delaplane, an entomologist at the University of Georgia, which has partnered with Dalan for the vaccine’s development.

The vaccine works by incorporating some of the bacteria into the royal jelly fed by worker bees to the queen, which then ingests it and gains some of the vaccine in the ovaries. The developing bee larvae then have immunity to foulbrood as they hatch, with studies by Dalan suggesting this will reduce death rates from the disease. “In a perfect scenario, the queens could be fed a cocktail within a queen candy—the soft, pasty sugar that queen bees eat while in transit,” Delaplane said. “Queen breeders could advertise ‘fully vaccinated queens.’”

American foulbrood originated in the US, and has since spread around the world. Dalan said the breakthrough could be used to find vaccines for other bee-related diseases, such as the European version of foulbrood.

As they have been commercialized, transported and pressed into agricultural service, honeybees have been exposed to a cocktail of different diseases that typically lay waste to large numbers of colonies and require major interventions by beekeepers to keep numbers up.

The US is unusually dependent upon managed honeybee colonies to prop up its food pollination, with hives routinely trucked across the country to propagate everything from almonds to blueberries.

This is because many wild bee species are in alarming decline, due to habitat loss, pesticide use and the climate crisis, fueling concerns around a global crisis in insect numbers that threatens ecosystems and human food security and health.