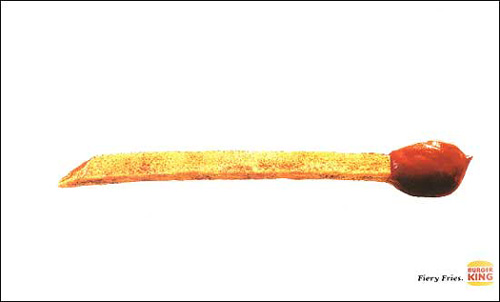 Yesterday the LA Times posed a question to its readers: Why do we eat? More specifically, why do we overeat? Their answer, supported by several scientists and studies, was that the sheer ubiquity of food triggers an almost Pavlovian eating reflex.

Several recent studies, papers and a popular weight-loss book argue that eating is an automatic behavior triggered by environmental cues that most people are unaware of—or simply can’t ignore. Think of the buttery smell of movie theater popcorn, the sight of glazed donuts glistening in the office conference room or the simple habit of picking up a whipped-cream-laden latte on the way to work.

In short, Americans are so divorced from the idea of food as nutritious that we don’t even react to our bodies’ physical cues, instead responding to subliminal environmental messaging. The fact that our environment is saturated with unhealthy foods creates the illusion that we have no choice but to eat them. The only solution, sigh the scientists, might be government regulation of everything from vending machines to portion size.

But if it’s true that people have no free will when it comes to food, the message hasn’t yet reached marketers. Far from subtle, the motivations behind ad campaigns are often brutally clear.

A Burger King ad currently running in Bay Area subway stations, for example, shows a picture of the Golden Gate Bridge with the caption, “Now You Can Eat and Pay Rent.” Residents of the country’s third-most expensive city will not miss the point: You’ll choose Burger King because if you want to keep a roof over your head, there’s no other choice.

It doesn’t have to be that way. A new study in the American Journal of Public Health shows that, surprise! Low-income people—Burger King’s target demographic—buy fresh, local fruits and vegetables if given the means to do so (the study gave participants $10 vouchers to use for produce at farmers’ markets or supermarkets) The money might not buy as many calories, but it still helped study participants eat close to three extra servings of fruits and veggies per day. So forget eating and paying rent. Maybe we can thrive and pay rent.