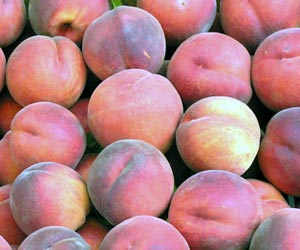 At my local farmer’s market, organic avocados cost as much as $2 a pop. Yet I can sometimes find the conventional version at the supermarket for half that (and some of the cheap ones are even grown right here in California). Considering my homemade guacamole addiction, I’d quickly bankrupt myself buying only organic avocadoes, so I usually go for the cheapos at the grocery store. My reasoning: You don’t even eat the skin of the avocado, so presumably, for avocados and other peeled produce, pesticides aren’t a problem. Right?

Not always. Some fruits’ and vegetables’ thick skins do protect the edible part from chemicals. But not all. The Environmental Working Group recently analyzed samples of 47 common produce items in the state that they’re usually eaten (i.e., avocados were peeled, apples washed with water, etc.) then ranked them according to the amount and variety of pesticides the researchers found. Good news for my guac addiction: As I suspected, peeled avocadoes contain a small amount of pesticides, ranking 46th on the list. But bananas come in at a surprisingly high 27, and cucumbers at 19. “It’s really hard to use your intuition to figure out what’s going to have high pesticide loads,” says EWG spokesperson Amy Rosenthal. “Skin is something to take into account, but it doesn’t always make a huge difference.”

More findings: Peaches, apples, and sweet bell peppers were the three most pesticide-laden crops tested, while frozen sweet corn, avocado, and onion were least contaminated. The EWG team estimates you can lower your pesticide intake by as much as 80 percent if you steer clear of the top 12.

In descending order, the EWG’s 12 most contaminated fruits and vegetables:

For the full list of all 47 fruits and veggies, go here.