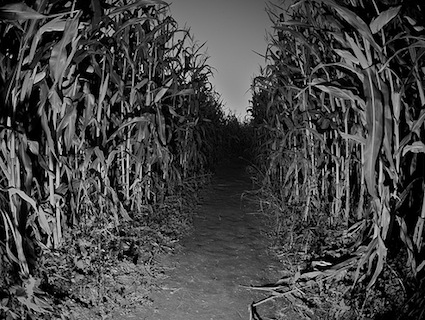 To bolster his case, Yglesias points to farm policy.

Agriculture has a lot of political clout in part because rural states are overrepresented, but also in part because there are farms all over the place. New York and California aren’t “farm states” by any means, but they contain plenty of farms and farmers.

But Yglesias’ farm lobby example doesn’t help his argument—at all. When he writes, “agriculture has a lot of political clout,” he clearly is referring to farmers, or what’s commonly referred to as the “farm lobby.” Problem is, the lobby’s power stems directly from its association with the highly consolidated agribusiness sector—to the degree that you might call it an agribusiness front.

Consider the American Farm Bureau Federation, the self-described “Voice of Agriculture” and the public face of the farm lobby. The Farm Bureau claims it is “governed by and representing farm and ranch families.” It holds strong opinions on everything from free-trade pacts (pro) to the the extension of the Clean Water and Air acts to farms (anti) to energy policy (pro drilling, pro ethanol) to regulations on use of agrichemicals (anti) to climate-change legislation (anti). It spends between $2 million and $8 million per year lobbying for that agenda in DC, and is a major player in Congress’ twice-per-decade battles over the Farm Bill.

So this is just a group of politically empowered farmers flexing their muscles, right? No, not really. A 2010 Food & Water Watch report takes a hard look at the group’s structure. Far from being a federation of farmers looking out for their interests, the Farm Bureau is actually a sprawling, complex multibillion-dollar nonprofit with a focus on selling insurance—and not just to farmers or even rural residents. From the report:

The Farm Bureau’s immense finances drive its political power. With its nearly 3,000 affiliated state and county-level non-profit farm bureaus, the combined organization maintains billions of dollars in assets, making it among the most monied non-profit organizations in the United States.

The Farm Bureau claims its 6.2 million “member families” make it the nation’s “largest and most influential general farm organization,” but there’s a math problem here: America has just 2 million farms, and 960,000 people who claim farming as their main occupation. “The vast majority of its members,” notes FWW, “are neither farmers nor necessarily advocates of the political platform that the Farm Bureau endorses on their behalf.” Instead, they’re just random insurance customers. Get this:

[T]he Cook County Farm Bureau, which includes Chicago and its sprawling suburbs, has an incredible 40,000 members, though there are only 184 farms in the entire county. Similarly, Tennessee had fewer than 80,000 farms in 2007, but it led Farm Bureau state rosters with more than 600,000 members.

If the Farm Bureau’s ties to the farming community are tenuous, its agribusiness connections are myriad. Its affiliated state-level insurance enterprises—many of them nonprofits—hold billions in assets, and “invest tens of millions of dollars into corporate agribusiness—Cargill, ConAgra, Dow Chemical, DuPont, Tyson, and Archer Daniel Midland,” reports FWW.

One of the Farm Bureau’s affiliated operations, Growmark, a farmers cooperative associated with everything from oil refining to grain elevators, years ago “consolidated its grain terminals and merchandising operations with Archer Daniel Midland,” according to FWW. Another affiliate, Western Agricultural Insurance Company, working with seed giant Monsanto, convinced the USDA to create “discount crop insurance plan for growers of Monsanto’s triple-stack genetically modified (GM) crops, claiming that these crops were less risky than other (non-GM) crops.” The initiative “in effect subsidizes Monsanto’s costly trait-endowed seed, which is significantly more expensive than non-GM seed.”

In short, the nation’s most powerful and influential farm lobbying group is in fact an insurance conglomerate tied to some of the planet’s biggest agribusiness firms: hardly a small, widely distributed operation. And the policies it helps shape offer little to California’s fruit and vegetable growers or New York State’s small- and mid-sized farms. Instead, it lobbies for federal policies to maximize production of corn, soy, and cotton—an arrangement that, while directly benefiting buyers of those commodities as well as purveyors of fertilizers, pesticides, and GM seeds, has been on balance disastrous for farmers.

Whatever the merits of Yglesias’ argument, agriculture was a lousy example.