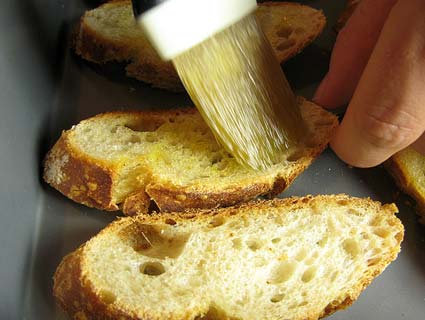 The bottle of “extra virgin” olive oil on your kitchen shelf? It’s probably not extra virgin, defined as cold-pressed and otherwise unrefined. And it might not even be 100 percent olive oil.

That’s the conclusion of Tom Mueller’s new book, Extra Virginity: The Sublime and Scandalous World of Olive Oil. Mueller first took on the subject in his 2008 New Yorker article, “Slippery Business,” painting the European olive oil business as a shadowy underworld populated by crooks, liars, and hucksters—some of them occupying corner offices at transnational food firms. One EU investigator tells him that dealing counterfeit olive oil brings “profits comparable to cocaine,” with “none of the risks.”

Since neither the FDA nor the Italian equivalent really regulate the market, unscrupulous producers have developed numerous ways to adulterate extra virgin olive oil, according to Mueller. They cut olive oil with hazelnut or sunflower oil. They take musty oil made from rotting olives, deodorize it to remove the bad smell, and then add a bit of extra virgin oil to make it smell authentic. Then they slap fancy labels on glass bottles and sell it as extra virgin olive oil.

Berkeleyside points to a recent University of California-Davis study that adds weight to Mueller’s claims. Researchers found that 69 percent of imported extra virgin olive oils sampled from California supermarkets failed to meet requirements to merit that label. Interestingly, 90 percent of the California-produced samples did. I guess the California olive oil industry is too young and immature to realize the benefits of fraud; the Europeans have been adulterating olive oil since Roman times, Mueller reports.