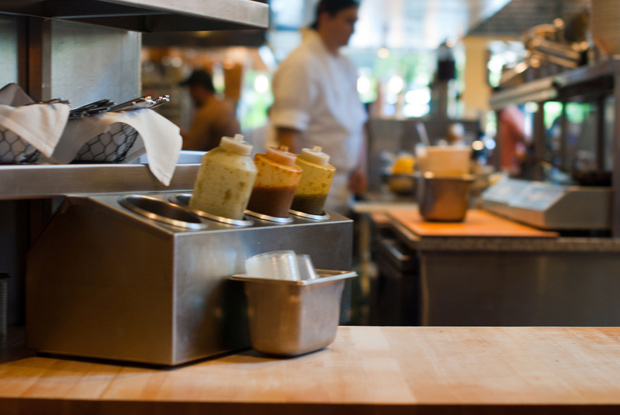 jeffreysclark/FlickrDiners, foodies, and hungry folk across America: There’s a new, handy guide to restaurants for you to peruse. Except, this isn’t your typical set of reviews. The Restaurant Opportunities Center United’s report from last week scores 186 US eateries based on wages (for both tipped and non-tipped jobs), paid sick days, and opportunities for advancement. After surveying the 150 highest revenue-grossing restaurants in the US as well as 4,300 workers, the ROC found a rather sobering picture of the labor and sanitation practices in the industry, which the group says employs more than 10 million people and is one of of the largest and fastest-growing in the country:

While it might not shock you that the neighborhood Chuck E. Cheese’s is underpaying the busboy, in the report you’ll find four-star steakhouses and foodie meccas like Nobu also among the guilty. And Starbucks, which touts “competitive pay,” health insurance, bonuses, and even domestic-partner benefits on its career page, scored rather poorly by ROC’s measure.

Since these aren’t the sorts of reviews you’ll find in go-to sources like Zagat or on Yelp! we’ve compiled our own abbreviated guide for you, pairing the things you normally look for when searching for a place to eat next to their reported labor practices. Sift away.