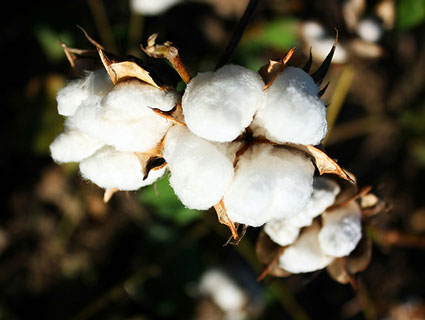 Genetically modified Bt crops get a pretty bad rap. The pest-killing Bacillus thuringiensis (Bt) bacteria protein these plants are bioengineered to make has been accused of harming monarch butterflies, honey bees, rats, and showing up in the blood of pregnant women.

Just one problem: None of that is true. (Click on any of those links to see a scientific refutation of each claim.) Seven independent experts in genetically modified crops I spoke to all confirmed that the science shows Bt crops to be safer than their alternative: noxious chemical insecticides. In Europe—where suspicions over GM crops run even deeper than in the United States—the European Food Safety Authority just rejected a French ban on Bt corn, saying “there is no specific scientific evidence, in terms of risk to human and animal health or the environment.” A comprehensive report on 10 years of European Union-funded research, comprising 50 research projects, drew the same conclusions about Bt safety.

There are more scientific papers and reports backing the relative safety of Bt than PDF pages your browser can probably handle, which raises this question: How did the gulf between public perception and scientific evidence of Bt safety get so yawningly wide? The answer might be the very people who push GM the hardest—the agricultural industry. Suing a farmer for patent infringement is just one example of how Monsanto bullies its way into crop fields and courtrooms in pursuit of profit. “These crops are driven by large companies pushing practices that benefit their bottom line,” says Doug Gurian-Sherman, senior scientist at the Union of Concerned Scientists.

But just as we do not blame a murder on, say, a knife, Bt technology is not to blame for the ills of industrial agriculture. After all, knives are pretty handy in the kitchen when we use them properly. Even critics will acknowledge that Bt crops have led to a sharp decrease in insecticide use, which is a huge net positive for the environment. Broad spectrum chemical insecticides kill often and kill widely, wiping out “natural enemies” that are helpful pest-eating critters like spiders. A massive 20-year study just published in the journal Nature found that using Bt cotton in China to control cotton bollworms closely tracked with a rebound in natural enemy populations, which in turn keep out secondary pests like aphids that usually proliferate when chemical insecticides kill the bollworms.

If that last sentence sounds complicated, it is. Integrated pest management is about recognizing the interconnected complexity of these ecosystems of plants and all the insects living on them. The Nature study found that pest control through Bt cotton even had spillover benefits to the non-Bt soybeans growing around them. Natural enemies like ladybugs, spiders, and lacewings keep pests unaffected by Bt at bay. “Maintaining the biological control agents we already have is one of the cornerstones of integrated pest management,” says William Hutchison, an entomologist at the University of Minnesota. In addition, a 2010 study by Hutchison in Science (PDF) showed that American farmers of non-Bt corn actually reaped two-thirds of the economic benefit (read: additional profit) from nearby Bt-related pest suppression.

In a win-win for integrated pest management, non-Bt crops benefit from having Bt crops nearby, but the Bt crops need non-Bt crops around, too, to prevent resistance. Like antibiotics, pervasive use of Bt crops will only lead to resistance in the very bugs it’s supposed to protect against. (This has already happened in certain cases, as Tom Philpott reported in this post.) One important strategy is refuges, or nearby crops that do not contain the Bt gene. In principle, a cotton bollworm that has evolved resistance to Bt can mate with a nearby bollworm feeding on non-Bt soybeans, and their offspring will still be susceptible. That’s why going to 100 percent Bt crops would be a recipe for surefire disaster.

Going to 100 percent Bt crops is a recipe for surefire disaster.

Where scientists disagree over Bt crops is exactly how they should be used. In fact, the levels of 95 percent Bt among cotton in China (even with soybeans and other crops as refuges) may be too high, and University of Arizona professor Bruce Tabashnik recently published a study on emerging resistance among Chinese bollworms. He’s also criticized current EPA refuge standards for corn in the United States as too low, advocating for the refuge size to be increased from 20 to 50 percent for corn with one Bt protein.

Gurian-Sherman from the Union of Concerned Scientists says he thinks sustainable practices like crop rotation and mulching can eliminate the need for both Bt and chemical insecticides. However, there are no large-scale studies proving this, in part because there is so little research money devoted to these practices compared to GM research.

Prevailing scientific opinion does see a role for Bt in sustainable agriculture, if not necessarily one Monsanto would envision for its bottom line. “I like to think of transgenic crops as just one tool in the toolbox,” says Steven Naranjo, director of USDA’s Arid-Land Agricultural Research Center. Charles Benbrook, chief scientist at the Organic Center, said in an email that Bt should be only used at low levels, but not eliminated: “Bt toxins are just as valuable and irreplaceable for farmers as antibiotics are to doctors treating possibly life-threatening infections.” In other words: Like any drug, use responsibly.