Thirteen years of satellite of tagging, plus new statistical techniques (switching state-space modeling, or SSM, for you geeks), reveal that the favored feeding grounds of highly endangered Kemp’s ridley sea turtles coincide with the Gulf of Mexico waters most hammered by oil spills, commercial fishing (and overfishing), and the hypoxic zombie waters known as the dead zone.

These rarest and smallest of sea turtles live in nearshore waters of the Gulf and nest exclusively on a few sandy beaches in Mexico and Texas. Previous tracking studies showed they migrate from their north to Texas and Louisiana, with a few outliers getting as far as peninsular Florida. But before this latest research, no one knew if turtles were migrating or feeding at any given location. Now statistical modeling has pinpointed where these turtles are likely stopping to feed—which is key to identifying marine habitats critical for saving them. 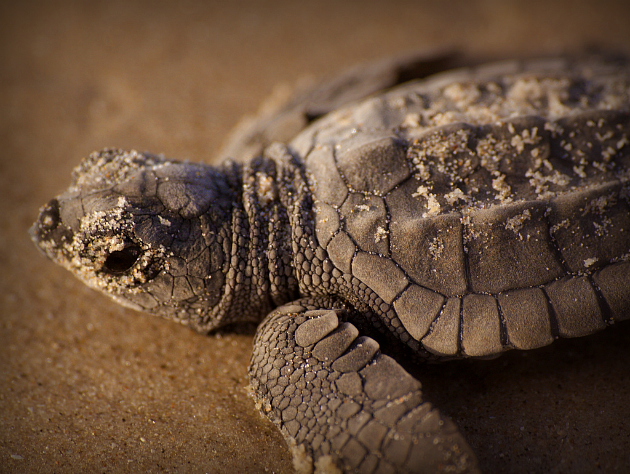 The feeding habitat discovery came when scientists differentiated between time spent in feeding or breeding mode from time spent migrating. Once they figured out when and where the turtles were feeding, they were also able to roughly profile what type of habitat offered the best feeding grounds for Kemp’s ridleys.

“We have a lot more to learn about how and why Kemp’s ridleys use their foraging sites,” says Kristen Hart, a research ecologist for the USGS Southeast Ecological Science Center and co-author of the paper in Ecology and Evolution. “We don’t know enough about individual turtles yet to draw conclusions about their behavioral responses to conditions at foraging grounds, and we are just beginning to understand differences among different sea turtles species. For example, Kemp’s ridleys appear to migrate, then feed, and then migrate to a final feeding destination. Loggerheads, in contrast, seem to head straight for feeding hotpots.” 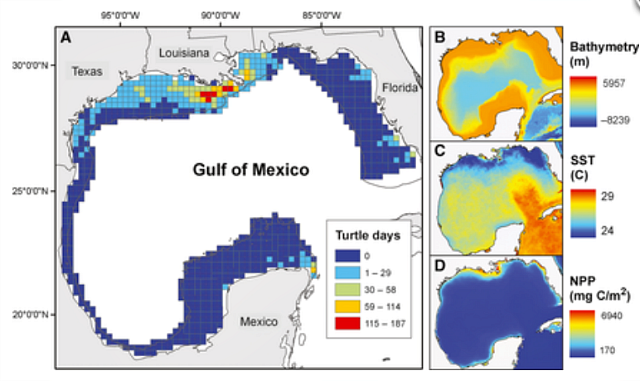 As you can see in the map above, Kemp’s ridleys follow follow a foraging corridor to a few foraging hotspots, mostly off the Louisiana coast. Which just happens to be smack in the middle of oil fields, the BP spill site, and the Gulf of Mexico dead zone.

Not much can survive in the waters of the dead zone when it forms up most summers (more on that here). Jellyfish might do okay. But unfortunately for Kemp’s ridleys, they’re not jellyfish-eating turtles, but crab-eating turtles. And lots of crabs die in the dead zone.

And obviously, if you’re a sea turtle, oil spills suck pretty bad too. 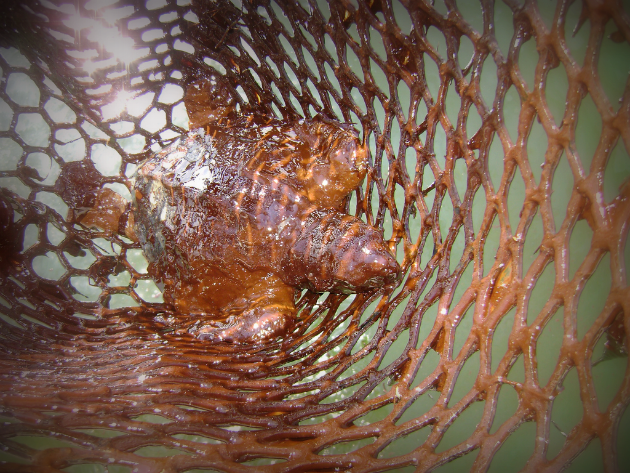 The good news (in a roundabout kind of way) is that a court settlement was filed yesterday requiring the Environmental Protection Agency and the US Coast Guard ensure that toxic oil-dispersing chemicals—like the Corexit that BP used in the Gulf—must not harm sea turtles, whales, and other endangered species or their habitats. This in federal waters off California. The suit was filed by the Center for Biological Diversity, the Surfrider Foundation, and Pacific Environment Conservation to force the government to determine the safety of chemical dispersants before they’re use on endangered species. Not afterward, as happened during 2010’s Deepwater Horizon debacle.

“We shouldn’t add insult to injury after an oil spill by using dispersants that put wildlife and people at risk,” says Deirdre McDonnell of the Center for Biological Diversity. “During the BP oil spill no one knew what the long-term effects of chemical dispersants would be, and we’re still learning about their harm to fish and corals. People can avoid the ocean after an oil spill, but marine animals can’t. They’re forced to eat, breathe, and swim in the chemicals we put in the water, whether it’s oil or dispersants.”

Studies have found that oil dispersed by Corexit 9527 squanders the insulating properties of seabird feathers more than untreated oil, making the birds more susceptible to hypothermia and death. Other studies found dispersed oil is toxic to fish eggs, fish larvae, and adult fish, as well as to corals, and that it harms the ability of sea turtles to breathe and digest food. Check out my other posts on these studies in the If you liked this, you might also like… section below.