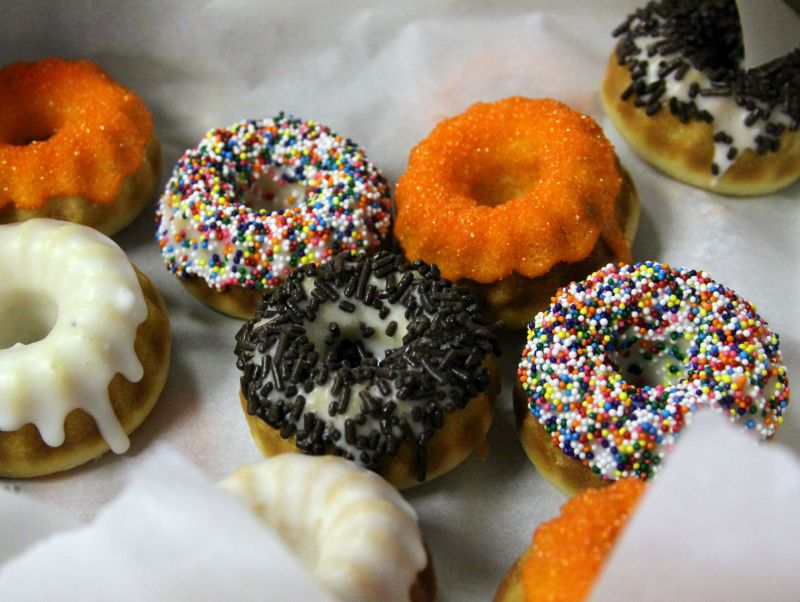 “They’re coming after your doughnuts!” Sen. Rand Paul (R-Ky.) told a roomful of conservatives in South Carolina Monday, accusing the Food and Drug Administration of launching a campaign of doughnut obliteration. “Did you hear they’re coming after the trans fat in your doughnuts?” he continued. The senator was referring the FDA’s decision last week to have the food industry phase out trans fats.

“I say we need to line every one of them up,” he said at the Charleston Meeting, an invite-only gathering. “I want to see how skinny or how fat the FDA agents are that are making the rules on this…’Cause if we’re going to have a nanny state, and everybody’s got to eat the right thing, and you can’t eat a doughnut, maybe we ought to just enforce it on the government workers first.”

His comments on the tyrannically anti-doughnut FDA were met with laughter and applause from the audience. The lines worked for the crowd, but in the real world, the FDA is not coming after any American’s treasured doughnut. (Trans fats aren’t even required in the doughnut-making process.) FDA spokeswoman Theresa Eisenman sent Mother Jones the following statement on Tuesday:

Consumption of artificial trans fat, a man-made, not naturally occurring substance, increases the risk of coronary heart disease. In recent years, many food manufacturers and retailers have voluntarily decreased trans fat levels in many foods and products they sell. Trans fat can be found in some processed foods, such as certain desserts, microwave popcorn products, frozen pizzas, margarines and coffee creamers. Numerous retailers and manufacturers have already demonstrated, however, that many of these products can be made without trans fat.

And as New York magazine’s Jonathan Chait noted, Dunkin’ Donuts, Krispy Kreme, and others already eliminated trans fat from their product, and consumers don’t taste the difference. “FDA officials are phasing out a dangerous substance at no cost to people’s ability to eat tasty food,” Chait concluded.

Chalk the FDA’s War on the American Doughnut up to the list of bizarre and incorrect things that Rand Paul says he believes.