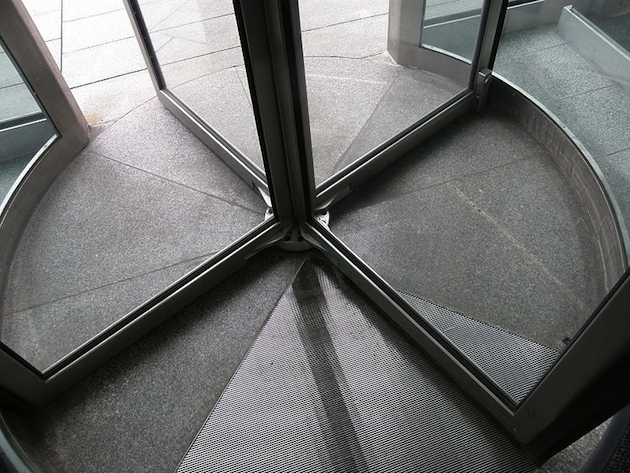 Deloitte Touche is one of the globe’s “big four” auditing and consulting firms. It’s a player in the Big Food/Ag space—Deloitte’s clients include “75% of the Fortune 500 food production companies.” The firm’s US subsidiary, Deloitte & Touche LLP, has a shiny new asset to dangle before its agribusiness clients: It has hired the US Department of Agriculture’s Undersecretary for Food Safety, Elisabeth Hagen. She will “join Deloitte’s consumer products practice as a food safety senior advisor,” the firm stated in a press release. The firm also trumpeted her USDA affiliation:

Last month, Hagen announced her imminent resignation from her USDA post, declaring she would be “embarking in mid-December on a new challenge in the private sector.” Now we know what that “challenge” is. It’s impressive that Deloitte managed to bag a sitting USDA undersecretary—especially the one holding the food safety portfolio, charged with overseeing the nation’s slaughterhouses. Awkwardly, Hagen is still “currently serving” her USDA role, the Deloitte press release states. I’m sure the challenge of watchdogging the meat industry while preparing to offer it consulting services won’t last long. The USDA has not announced a time frame for replacing Hagen.

Hagen won’t be the only member of Deloitte’s US food-safety team with ties to the federal agencies charged with overseeing the food industry. You know those new poultry-slaughter rules that Hagen’s erstwhile fiefdom, the USDA’s Food Safety and Inspection Service, keeps touting, the ones that would save Big Poultry a quarter-billion dollars a year but likely endanger consumers and workers alike, as I laid out most recently here? Craig Henry, a director within Deloitte’s food & product safety practice, served on the USDA-appointed National Advisory Committee on Meat and Poultry Inspection, which advised the FSIS on precisely those rules, as this 2012 Federal Register notice shows.

Then there’s Faye Feldstein, who serves Deloitte as a senior adviser for food safety issues, the latest post in what her Deloitte bio calls a “33-year career in senior positions in the food industry and in federal and state regulatory agencies.” Before setting up shop as a consultant, Feldstein served a ten-year stint at the Food and Drug Administration in various food-safety roles. Before that, she worked for 12 years at W.R. Grace, a chemical conglomerate with interests in food additives and packaging.

Apart from Hagen’s new career direction, some food-safety advocates have offered praise for her tenure at USDA. They point out that, under her leadership, the FSIS cracked down on certain strains of E. coli in ground beef, an important and long-overdue move explained in this post by the veteran journalist Maryn McKenna. On his blog, Bill Marler, a prominent litigator of food-borne illness cases on behalf of consumers, called Hagen “one of the very best who has ever held that position,” adding that she’ll be “sorely missed.”

But if the USDA does make good on its oft-stated intention to finalize those awful new poultry rules, I think Hagen will be remembered most for pushing them ahead, to the delight of the poultry industry and the despair of worker and consumer-safety advocates.