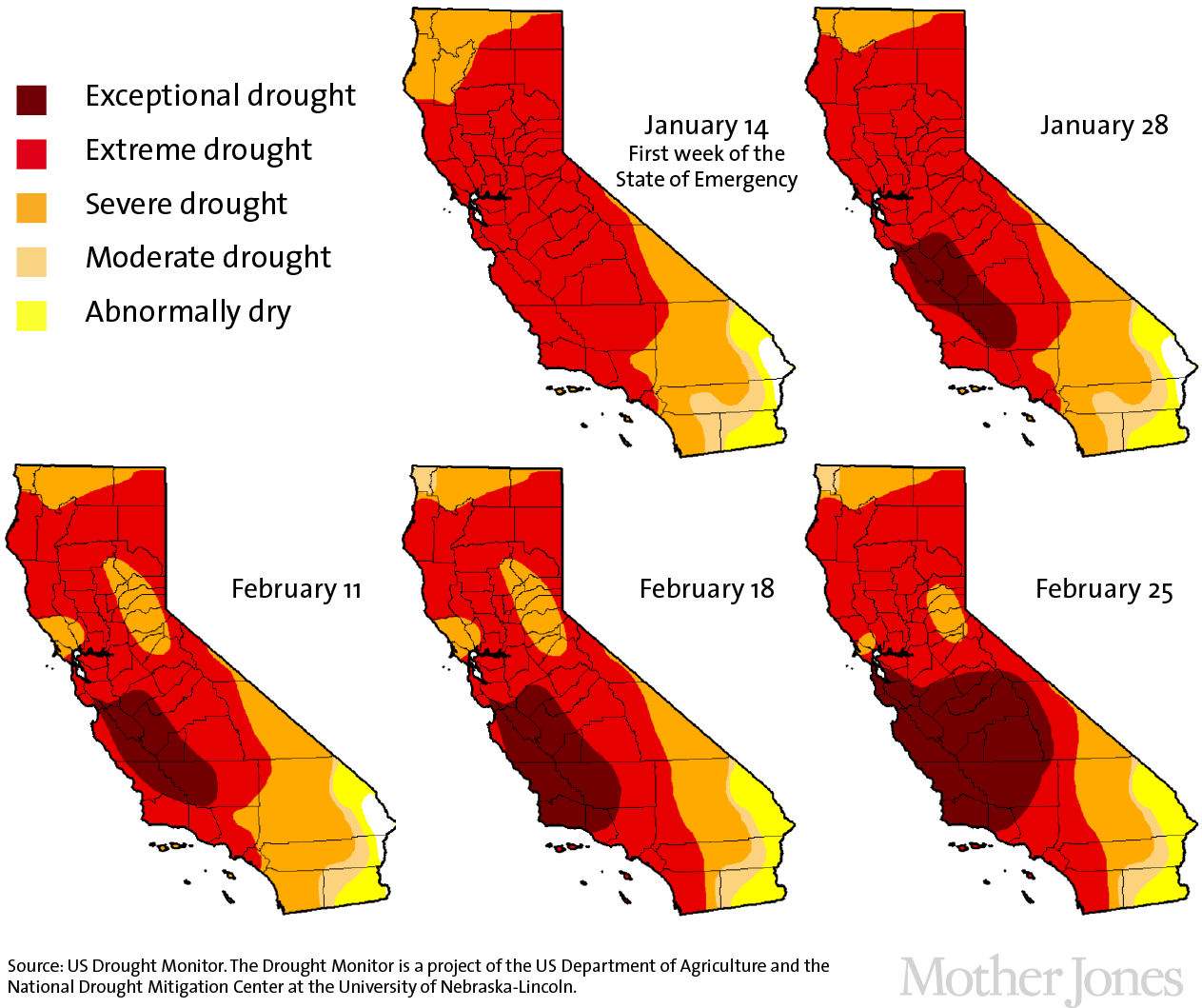 California, supplier of nearly half of the fruits, veggies, and nuts produced in the United States, is on track to experience its driest year in modern history. And though the state was lucky to have some rain this week, even a torrential storm would not be enough to fill its aquifers, replenish its soil, and save many of its crops.

We’ve been tracking the drought through the US Drought Monitor, which uses satellite imagery, water flow, and precipitation data to create weekly drought maps. (Data is collected on Tuesdays, and released the following Thursday.) As of this week, 21 of the state’s 58 counties are experiencing “exceptional drought”—including those Central Valley areas where so many of the state’s crops grow. Above, check out the maps we’ve compiled from the past few weeks, starting with the one that prompted Gov. Jerry Brown to announce a state of emergency on January 17.