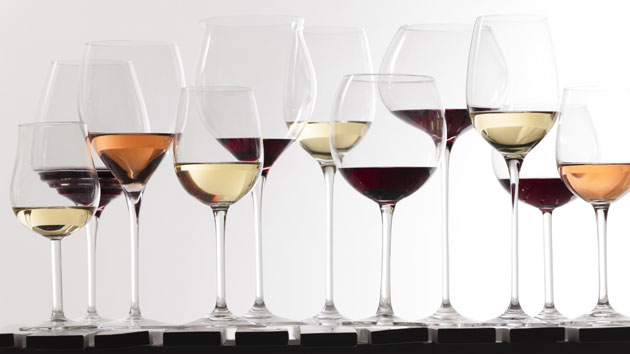 Update, 3/20/15: Wine industry groups have begun to contest the lawsuit’s contentions and motive. The California wine trade group, the Wine Institute, released a statement saying, “While there are no established limits in the U.S., several countries, including the European Union, have established limits of 100 parts per billion or higher for wine. California wine exports are tested by these governments and are below the established limits.” A representative of The Wine Group, one of the defendants, says that the plaintiffs “decided to file a complaint based on misleading and selective information in order to defame responsible California winemakers, create unnecessary fear, and distort and deceive the public for their own financial gain.”

Before you go out drinking tonight, a quick note on cheap wine: Yesterday, a class-action lawsuit was filed against 28 California wineries—including the creators of Trader Joes’ Charles Shaw (a.k.a. “Two-Buck Chuck”), Sutter Home’s, and Franzia, Beringer, and Cupcake—alleging that some varietals of their wines contain dangerously high levels of arsenic. According to the complaint, three independent laboratories tested the wines and found that some contained levels of arsenic “up to 500% or more than what is what is considered the maximum acceptable safe daily intake limit. Put differently, just a glass or two of these arsenic-contaminated wines a day over time could result in dangerous arsenic toxicity to the consumer.”

“The lower the price of wine on a per-liter basis, the higher the amount of arsenic.”

The origins of the lawsuit draw back to Kevin Hicks, a former wine distributor who started BeverageGrades, a Denver-based lab that analyzes wine. The lab tested 1,300 bottles of California wine, and found that about a quarter of them had higher levels of arsenic than the maximum limit that the Environmental Protection Agency allows in water. Hicks noticed a trend: As he told CBS, “The lower the price of wine on a per-liter basis, the higher the amount of arsenic.” Trader Joe’s Charles Shaw White Zinfandel came in at three times the EPA’s level, while Franzia’s White Grenache was five times higher. The lawsuit alleges that the contaminated wines are cheaper in part because their producers don’t “implement the proper methods and processes to reduce inorganic arsenic.”

A spokesperson for The Wine Group, one of the defendants, says that it’s not “accurate or responsible to use the water standard as the baseline,” as people drink more water than wine. But water is the only beverage with an arsenic baseline that is monitored by the US government, and the defendants stress that the chemical is toxic even in small doses, and is known to cause cancer and “contributes to a host of other debilitating/fatal diseases.”

Trader Joe’s told CBS that “the concerns raised in your inquiry are serious and are being treated as such. We are investigating the matter with several of our wine producing suppliers.” A spokesperson for Treasury Wine Estates, another defendant, said that its “brands are fully compliant with all relevant federal and state guidelines.”

Whether or not you should be worried about the allegations is up in the air, particularly as the lawsuit has yet to go before a judge or jury. But in the meantime, here’s a list of wines that are included in the lawsuit. (Note: Any wines without a specific year listed mean that the grapes don’t come from a single year.)