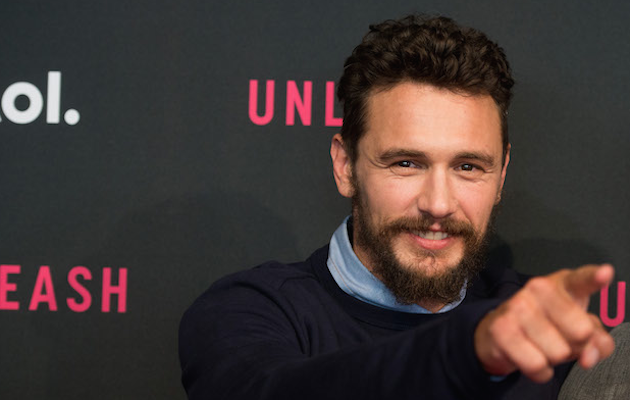 In the midst of plummeting sales, pressure to bump wages, and an apparent gastronomic identity crisis, McDonald’s needs all the help it can get right now to reclaim its status as a global fast-food powerhouse. Today, the company found a friend in actor James Franco.

The aspiring Renaissance man and actor, who once worked as a McDonald’s employee for a total of three months, has penned a bizarre op-ed in the Washington Post to defend the company from its growing chorus of detractors. The piece, titled “McDonald’s Was There for Me When No One Else Was,” describes his decision to quit UCLA as an undergrad in 1996 in order to pursue an acting career.  While studying at a “hole-in-the-wall” acting school, Franco worked a part-time job at a Los Angeles McDonald’s:

When I was hungry for work, they fed the need. I still love the simplicity of the McDonald’s hamburger and its salty fries. After reading “Fast Food Nation,” it’s hard for me to trust the grade of the meat. But maybe once a year, while on a road trip or out in the middle of nowhere for a movie, I’ll stop by a McDonald’s and get a simple cheeseburger: light, and airy, and satisfying.

Franco, who seems to forget that being a drop-out from an elite university set him apart from most hourly workers at McDonald’s, goes onto reminisce about his rosy experience: Mixing it up with co-workers and even practicing funny accents. “I refrained from reading on the job, but soon started putting on fake accents with the customers to practice for my scenes in acting class,” he recalls. Franco even encountered a homeless family. “They lived out of their car and did crossword puzzles all day,” Franco writes. “Sometimes they would order McDonald’s food, but other times they would bring in Chinese or groceries.”

Franco also had the thrill of getting hit on by a man who actually cooked those “light, airy, and satisfying” burgers.

He wanted to hook up in the bathroom, but he didn’t speak English, so he had someone translate for him.

To everyone out there fighting for a living wage, this experience could offer some hope. After all, with the right attitude, McDonald’s can be a stepping stone on your path to Hollywood stardom, just as it was for James Franco.